Is it only the men here who believe the voices are real?

I find that strange. @Stillperkin seems to be the only woman here of that view. Still, there are many TIs under other mediums who are women, they just see going to a schizo forum as a waste of time.

Maybe they don’t like being hit on by pervy males? That’s a problem here.

don’t like being hit on by pervy males? That’s a problem here.

don’t worry I’m definitely not one! 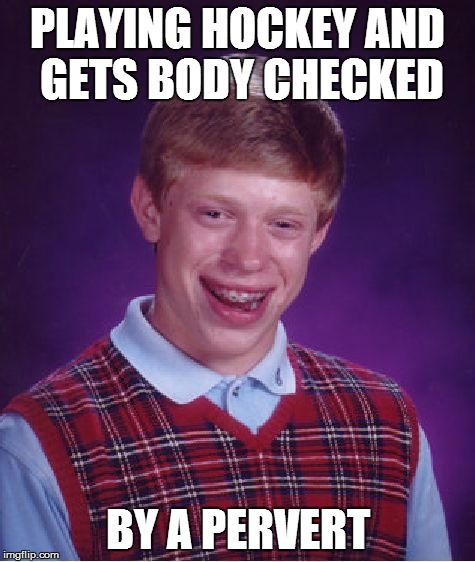 It’s kinda therapeutic to discuss it here. Several other people on this forums share experience similar to my own…Lots of the TIs got called schizo especially if you had good health insurance so we’re on here too.

I had big attack of insomnia at be beginning of it all and can only get sleep meds from mental care, also showed PTSD but the care here suckers these as it is common situation if you lived alone. Actually if you show PTSD here from certain abuser, they want to put you on psych meds to even do therapy which caused SO much stress in beginning being denied therapy others cracked up waiting for therapy help to really help…This ALMOST ALWAYS got victim fired and psych care had opportunity to get another one on therapy and disability pay. Victim can be VERY confused, even delusional, for couple years even before able to return to normal functions, ignore psychosis symptoms and begin to work on return to normal functioning ON YOUR OWN. Get angry with mental care here is VERY common over this situation for people who are aggressive or verbally threatening. These get locked up OVER AND OVER again in this community under forced psych hold and usually end up as jail bait due to being ruined poor/having to steal or anger problem.

I’ve not perved a single woman on these forums. The only woman I’ve pretty much PMed with on here was sarad and she messaged me. In fact, she perved me!

I’ve not perved a single woman on these forums.

Not saying you have. Others have. It’s an issue that crops up from time to time. Was just commenting on why there could be a problem in this area.

I haven’t pixel gosh way to accuse every guy here

You know, actually, my city has gotten so harsh & job situations so bad, some of the middle age men became players on women. They do not even bother with dating unless voices put them on some poor woman and they play her to ruin…Drove ex-wife crazy happens here & he’s still working this…He would be an okay guy too probably so not even a pervy or freak. The older men (40+) here were not even bothered trying to hit on average women. Only bother if they found a hotty alone for a minute & wanted to check for opportunities

My area has long history of sex abuser, bad policing and recently covered up by governor. This makes really undesirable area later…Jobs are even scammers here and they get away with ruining a lot of people.

I haven’t pixel gosh way to accuse every guy here

Being annoying is my super power.

Do you think your voices are humans, spirits, aliens, or hallucinations?

It seems women tend to gravitate more to the psychotronic theory. That seems to be the latest craze nowadays.

Even when the woman claims to be a Christian/theist they still cling to the psychotronic theory. It hurts my brain just thinking about it.

My voices are a malfunction in the brain. Perceives white noises as voices…

But the only TI I see eye to eye with on it being occult/paranormal is a woman, so that says something I suppose.

I met someone wealthy who was introducing around her sex abuser to new people (even coworkers) to keep him off her. She claimed ‘crazy is the family business’. She got some of the women hurt badly. Woman scared victims silly with voices, cracked some up who were around her too much (especially women living alone as it was convenient to use and ruin these ladies to discredit them) and let her sex abuser have them. Some of these victims are now thought broadcasters and vandals 30 years later to be left alone. This is totally legal and scam ran here for 30 years. Wrongdoing by the police and rest has been covered up by governor here. If this group went to churches to make voices stop, you may be thrown out and harassed by their members for years, even causing employment problems.

Same group also used voices to say he was God and tried to call some children away to be molested. Cops refused to keep children safe in poor neighborhoods. Kids discussed this & warned friends, used buddy system so girls would not be hurt. This story was shared in community lots but politicians still won’t do anything, but children are not hearing the voices any longer calling them away to be molested. Employee’s children from a couple of problem employers containing sex abusers were targeted most back then btw…The kids who were targeted for the voices eventually were recruited by bigger churches as adults to HEAL VOICES but these people have to follow orders from voices. These big churches run like cults here with dirty businessman (ANTI-CHRIST?) really running the place & using the members to full-fill his business needs/personal stuff. Starts to cause problems for business when employees will screw their employer if ordered and mess up customers. YOU CANNOT LEAVE THIS CHURCH SITUATION EASILY. YOU WILL FACE BAD RETALIATION OR RUINED…THIS MAKES VERY CORRUPT SITUATION! (Paranormal/spiritual not really recommended and not favorite of women as most of these church people are a sniveling POS who will ruin their own when done with them…Family members can be hurt or money stolen from bank if you try to leave this kind of church.) GO TO WORK FOR GOVERNMENT OR POLICE DEPARTMENT FOR BETTER RESULTS!

Nursing homes not secure and elderly female residents attacked. Covered up too, even with some families begging for help on TV…Some people who complained were called nuts and locked up in mental hospital if they got confrontational…

Targeted individual knows about this problem, mistreatment is especially bad if you speak up. Mental care in this situation ruins people for a while so gonna be a ‘mental care consumer’. Screwed up cities have lots of businesses on verge of ruin so employment gaps will be bigger if you got ruined by mental problems for a while. This is ‘abuse situation’. Other ‘abuse victims’ types include ex-wives of wealthy, unwilling mistresses, sex abuse victims, middle class college kids in Greek organizations with wrong wealthy people, business rivals, college rivals, people who have not heard voices yet or just moved to screwed up place may go crazy for a while. ‘Abuse situations’ using mental abuse technology are provided so the mental abuse technology remains easily available to wealthy, publicly denied and LEGAL TO RUIN SOMEONE.

So you think it is from psychotronics incorporating human beings. Okay, then how come it is the same voices 24/7, and how do you explain the long history of the phenomenon itself and even such claims of a mind controlling technology working off the EMF spectrum, which goes all the way back to the first diagnosed paranoid schizophrenic?

i believe that both women and men have a similar experience.

Hey yo @smprz errrrr… @jumanji what was that about licking my pits the other day?