Do any of you believe the experience could be partially stemming from something telepathic?

I am curious about this. I strongly believe my experience is partially coming from something telepathic. I consider this as basic as the abc’s to be honest.

I consider psychosis to be more of a mental prison than a condition.

Is my thinking that radical? I don’t really think so. A long time ago I would be considered a genius philosopher. >:)

Who knows man, who knows? If these things were legitimized people at large would have much to fear. Prolly leading to more sz.

Yeah it’s not telepathic though…

What makes you think a philosopher can just neglect scientific findings and fantasize as he pleases?

A long time ago I would be considered a genius philosopher. >:)

Much more likely that you would have been committed to an asylum and that wouldn’t have ended well. You’re suffering from delusional thinking, which is treatable.

I used to think I had psychic powers. I tried little tests but they always failed

All I can say is there is no telepathy in any of your thoughts. Every act and thought of you solely belongs to you.

Philosophy is a different discipline. Philosophers are not telepathic. They just have different perspective to view the things. They are like an artist. An ordinary human and an artist, both can see a block of stone. Only artist’s perspective creates a statue out of it. Some people just have a different way to see things. It’s nothing to relate with telepathy…

You guys act act like psychiatry has all the answers, when the mechanism of action of the medications is unknown, as well as schozphrenia’s molecular and neural mechanisms.

You guys don’t understand science; you are fans of scientists, and just go along with the scientific consensus. Otherwise, you would realize the epistemological problems with psychiatry. Simply put, schizophrenia is more of a label than a well established theory.

You also sell an unrealistic pipe dream that the medications will solve the problem if you keep switching them. Realistically 30 percent have no response to medication and another 30 percent continue to hallucinate on a regular basis while on medication. There is no cure, and supplements do nothing either.

you would realize the epistemological problems with psychiatry.

Can you elaborate on this? I’d be especially interested in the epistemological foundations of your alternative conception.

Daimon, neural networks are not that simple stuff that we are talking here. Many scientists all over the world study neurons and neural network so that we could understand how brain works. How it could be turned for human welfare. Every year, you know how many accidents occur. Many people get paralysed as a result of those accidents for rest of their lives just because a part of their brain damages. In simple words, neurons damage. If researchers could at least understand this, it will be a great revolution in many fields of human. You cannot imagine its applications in Artificial Intelligence if this could be understood.

Thoughts transfer or telepathic things are only part of fiction. They have no basis- neither logically nor scientifically.

There is no cure, and supplements do nothing either.

SZ is not the only disease that do not have a cure. There are many. But like many other diseases you can control it if you take right steps. Do not leave medicines. Take it regularly. Know yourself. You must know what triggers your symptoms so that you could avoid such situation or condition.

I am not saying it’s a piece of cake but man nothing in the world is easy. After all, Rome wasn’t built in a day. Just hang in there. Take your medicines regularly and be with your loved ones. Have trust on them…See the doctor when you need it and share whatever runs on your mind. You’ll be fine… Trust me…

Your sharing of your beliefs is a way to get many different opinions. But sometimes what happens when we are sharing on a site where mostly people have similar beliefs, this can easily create chances to make the beliefs stronger. Unfortunately, there are not many support group people who read the posts and reply in such a way that you realise the stuff is not real.

But still, it’s a good place to find support and express yourself.

There is no cure, and supplements do nothing either.

No cure, but there are treatments and therapies for Sz. Same with diabetes and my heart condition. Some work better than others, and not everything works for everyone. That’s just how life is.

Until there is solid evidence that telepathy exists (and there is ZERO evidence of any telepathy or even a mechanism for it), it is best to let those who suffer delusions about it know that they are in fact, delusional.

Many scientists all over the world study neurons and neural network so that we could understand how brain works. How it could be turned for human WARFARE

When you do some research on how the brain has been studied and experimented with in various programs…with the most publicly known one being MK Ultra, these avenues can get into a type of telepathy…it’s not so much mind reading and the things we automatically think of with telepathy, but it is a form of it nonetheless. Electronic telepathy has been used. Here are some examples and remember, this is what they release to the public…everyone should know that any tech with defense capabilities is usually around for years before the details are released publicly. For example the F117 stealth fighter started as a project in 1975…first flew in 1981, but was not revealed to the public till 1988…so keep that in mind when reading this… 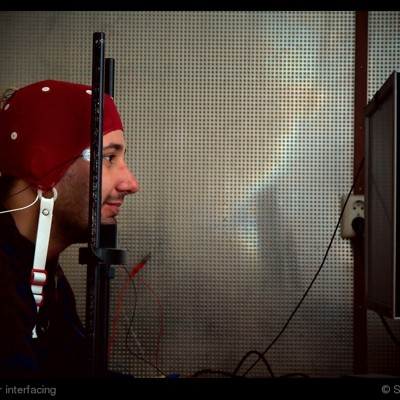 Actual Telepathy Is One Step Closer to the Battlefield

Can you read my mind? Researchers announce first brain-to-brain communication without a surgical implant. By Patrick Tucker

Yeah man its delusional , that’s being honest. I have. Suffered this condition for 8 years. I would rather take the pill ,than be at the whim of anyone I think is telepathically trying to f me up. This must be tiring for you.

no i don’t believe in telepathy at all, not without some sort of technological interface at least. there are technologies that can take simple commands from thoughts if the user is wired to a computer or an artificial limb. (bionic) but human to human telephone clarity telepathy? nope don;t believe in it…especially not in my case anyway.

the c.i.a spent twenty million on the stargate programme and came up with next to nothing. if they had really hit pay dirt then all those involved would’ve won the lottery by now but isn;t it strange…not one of them has. add to that the boss of the stargate programme not letting any other scientists view the data…add to that ingo swann, star of the stargate programme saying quite earnestly that he saw cities on mars and jupiter and there you have your answer of telepathy not existing in a trainable sense. these were mostly military men at first, using on some of the more successful tests, military targets…talk about bias. then we had uri geller…when tested wth his asisstant in the room? star performer. when said assistant was taken out of the room, failed miserably. why? because his assistant was feeding him the answers that’s why. david morehouse, case in point. another so called star performer…again, has not won the lottery, joe mcmoneagle another case in point…apparently by now we should all be wearing paint as clothes??? what ■■■■■■■ planet are these people on? well i’ll tell you shall i? they are from the “if i don’t see it or cant guess it, i fish for it with cold reading, hot reading, generalities, mentalism tricks” that’s it in a nut shell. the stargate programme was run by the c’i’a and most of the hits were in all probability propaganda against the russians own stargate programme. if it wasnt then why were the americans unable to find saddam hussein for so long, why did it take so long to get bin laden? why couldn’t the british find colonel ghadaffi and soley rely on spies in libya for information? they even bodged a murder attempt on him because they bombed the wrong car for ■■■■■ sake. telepathy??? no i think not. not in my lifetime anyway

besides which, in my own case, my voices and the people they belong to don’t seem to have a clairvoyant bone in their bodies. one of them? his son died and yet he didn’t see it coming, another? his girlfriend taped him and sold it to the press, he was also arrested for d.u.i and did not see either ones coming…funny that…yet they are all supposed to be telepathic. it’s ■■■■. all your voices are are splinter personalities and that is all. they have different voices different identities different characters but they all come from your mind. wake up, take some meds and just admit that you are ill. you have a brain disease called schizophrenia or some other psychotic disorder that makes you hear voices but you are not talking to anyone but yourself. believe me i know how you feel but it’s not real. you are very unimportant in the grand scheme pf things so why the hell would anyone choose to talk to you specifically? or me for that matter. its crap and the sooner you face reality and admit that you are simply ill and require support the easier your life will be.
that is all.

Thanks jayne I feel a lot better now

Whatever the belief is, you can go ahead and believe it as long a it can not be proven to be real or not, Like God himself, He does no even get in our faces (like He did with Noah and Abraham) and tell us this is who I am and this is how it is going to be, period. NO, instead we all have that freedom to believe anything we desire, just so long as it cannot be dismissed as a false (UN-true) belief and most importantly it doesn’t lead us to violate any other living beings right to exist and threatens our freedom to choose what we will to believe. Like that new terrorist group, “isis”, whose pursuit of happiness means to them is to chop off the heads of all the infidels. Of course, the only thing that is going to make all the peace loving people of this world happy, is to end that groups actions altogether.