Idk what to think

What kind of stuff do you mean?

I second @anon1517417. What kind of stuff? Most people like their stuff, that’s why they have it

@anon1517417 @ZmaGal action figures, stuffed animals, his 2007 high school cap and gown, drawings he did as a kid (he got upset one got wrinkles in it), movies(I understand that), books (I understand that too), news paper funny pages cut outs, standing cut outs of movies that he got out of the trash from work, over 20 posters, multiples figures, and lots of stuff my mom had given us a bedroom and another room both to share, and I told him he had to give me room and half of the room… So far he hasn’t given me ANY room and he hasn’t gotten rid of ANYTHING!

@anon1517417 @ZmaGal if he didn’t want a relationship with someone or to give them any room why marry me?

I think you are reading WAY too far into this. He has sentimental attachments. Thats a super normal thing. It doesn’t mean he doesn’t love you, or that he isn’t willing to compromise with you. You might just be asking him for more than he can do right now. Childhood drawings ARE special. Good posters ARE special. It is super normal for him not to want to part with that stuff.

Almost everything I own is digital. Other than a phone and a small number of other devices.

When you move a lot you have to reduce your hoard. A few years after I got sick I managed to sell off 80% of my belongings for several thousand dollars before I would have had to leave it behind.

he can leave my life and stay out

Why would you marry him if you love the idea of half a bedroom more than him?

@ninjastar it’s not that! It’s the fact I have no room anywhere! Our bedroom is full of HIS STUFF the other room is PACKED with HIS STUFF nothing is mine I have a separate closet from him and a bag and a box that I can’t unpack because of HIS STUFF

I’m going through a similar thing with my roommate but like he’s a roommate not a partner… have you tried just communicating ?

@Moon I have! It’s not working

I think he may be a hoarder then but you have to decide for yourself if you’re willing to put up with that. My best friend is married to a hoarder and she’s constantly frazzled by it.

Okay but like, let’s be real. There is a HUGE difference between hoarding and saving a few boxes of stuff. I have big boxes of stuff that I store in a spare room.

This is a sensible answer.

@ninjastar for the rest of our lives? What’s the purpose? And we have a 5 x10 for $50 a month the cheapest around here and it’s full of his stuff! I’m not talking about just a few boxes the entire floor to that one room is COVERED in bags and boxes of his stuff I’ve put some of his movies on shelves and he isn’t happy about that

@ninjastar
His stuff not including his storage unit in 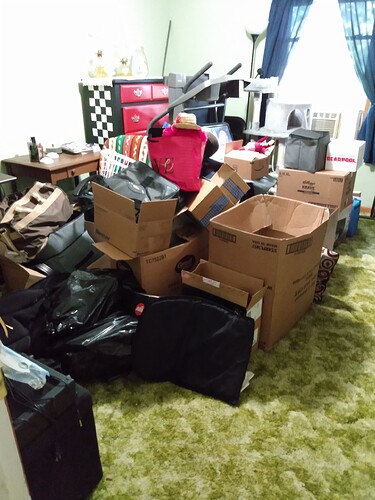 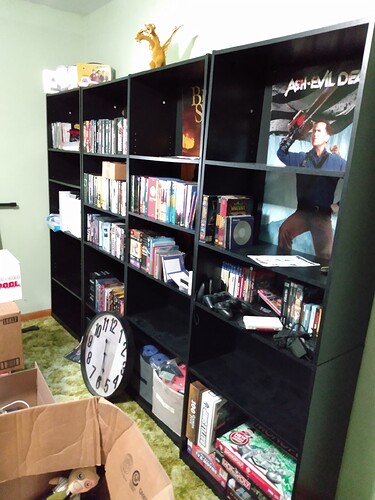 What about getting a place of your own?

I feel like this situation is ripe for resentment.