Epigenetics and the development of Schizophrenia

Increasingly - it looks like Epigenetics are the key way that people develop schizophrenia:

from this new research:

Histone modifications and DNA methylation represent central dynamic and reversible processes that regulate gene expression and contribute to cellular phenotypes. These epigenetic marks have been shown to play fundamental roles in a diverse set of signaling and behavioral outcomes. Psychiatric disorders such as schizophrenia and depression are complex and heterogeneous diseases with multiple and independent factors that may contribute to their pathophysiology, making challenging to find a link between specific elements and the underlying mechanisms responsible for the disorder and its treatment. Growing evidences suggest that epigenetic modifications in certain brain regions and neural circuits represent a key mechanism through which environmental factors interact with individual's genetic constitution to affect risk of psychiatric conditions throughout life. This review focuses on recent advances that directly implicate epigenetic modifications in schizophrenia and antipsychotic drug action.

The epigenetics of schizophrenia is the study of how the inherited epigenetic changes is regulated and modified by the environment and external factors, and how these changes shape and influence the onset and development of, and vulnerability to, schizophrenia. Epigenetics also studies how these genetic modifications can be passed on to future generations. Schizophrenia is a debilitating and often misunderstood disorder that affects up to 1% of the world's population. While schizophrenia is a Epigenetics is the study of heritable changes in gene function that do not involve changes in the DNA sequence. The Greek prefix epi- (ἐπι- "over, outside of, around") in epigenetics implies features that are "on top of" or "in addition to" the traditional genetic basis for inheritance. Epigenetics most often denotes changes in a chromosome that affect gene activity and expression, but can also be used to describe any heritable phenotypic change that does not derive from a modification of t The t...

TWIN studies have shown that people with schizophrenia and bipolar disorder have changes in gene activity caused by their environment. The finding provides the strongest evidence yet that such gene changes might cause the conditions.

Jonathan Mill at the Institute of Psychiatry, King’s College London, and colleagues scanned the genome of 22 pairs of identical twins - chosen because one twin in each pair was diagnosed with schizophrenia or bipolar disorder.

As expected, the twins had identical DNA. However, they showed significant differences in chemical “epigenetic” markings - changes that do not alter the sequence of DNA but leave chemical marks on genes that dictate how active they are. These changes were on genes that have been linked with bipolar disorder and schizophrenia.

Bruce Lipton was already saying that changes come from the outside, environment and all (not specific in sz but in epigenetics)

Bruce Lipton was already saying that changes come from the outside, environment and all

I don’t know much about Bruce Lipton - but from what I do see it seems like he’s overgeneralizing from the research (which is very specific).

Right now - there isn’t any research that I’ve seen showing that there is a way to reverse the epigenetic changes.

There is a lot of good research and science around schizophrenia and epigenetics - but I don’t think Bruce Lipton is adding anything to the discussion if he isn’t very accurate in his statements. I prefer to focus on the science behind what actually works, or what actually causes schizophrenia.

Debunked: Bruce Lipton and The Biology of Belief

Debunked: Bruce Lipton and The Biology of Belief

Bruce Lipton is a biologist who now teaches new age ideas about spirituality and medicine. There is a lot of bunk surrounding this guy, here is one of...

I would prefer that too. But progress is slow.

Epigenetics is the New Big Thing. I’ve tried a few times here to see if I could get some traction for it on this website, but I think it’s too abstruse and complex for most readers. I’ve been following the research for about five years, though, and it makes total sense to me, at least. Just think “mitotic cell division” and things that can happen to the process when the total # of dividing cells is still relatively small.

Yes - I think its going to be the future of schizophrenia research, really.

Its the only thing that really pulls together all the bio / psycho / social factors together at a DNA level. Here is a good discussion of this:

The Role of the Social Environment in Psychiatric Research: Outstanding Challenges and Future Directions

From what I’ve read - it seems to involve demethylation of DNA, which silences or promotes genes - which leads to the illness. Hopefully this leads to new treatments:

Research by J. David Sweatt’s group at the University of Alabama at Birmingham which has found that with the BDNF gene, demethylation happens rapidly under certain conditions, such as when people experience stress. This demethylation seems to upregulate gene expression.

Prenatal supplementation with vitamins rich in methyl donors such as choline is seems to mitigate the effect of prenatal stress on brain development, and greatly lower risk of schizophrenia (tested in rats, and currently in clinical trials at U. Denver on humans).

Which is why Big Pharma is all over what appears to be a simple solution via re-methylation right now. (Didn’t I post a news article on this in the last few days?)

I think it’s too abstruse and complex for most readers.

I completely resent that. Also, what does abstruse mean?

what does abstruse mean?

I know that the topic seems difficult to grasp at first, but if people can wrap their minds around it, they will get major clues as to how to change their behavior here and there in ways that can change the way their brains function. See… 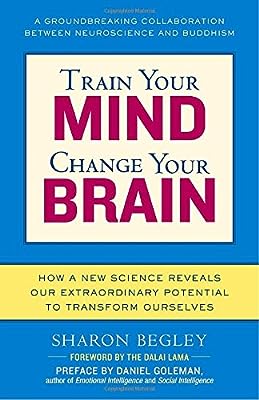 Train Your Mind, Change Your Brain: How a New Science Reveals Our Extraordinary Potential to Transform Ourselves

In this fascinating and far-reaching book, Newsweek science writer Sharon Begley reports on how cutting-edge science and the ancient wisdom of Buddhism have come together to reveal that, contrary to p ...

Here is another good book on this topic that I’ve read: 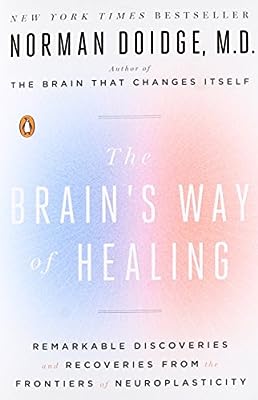 The Brain's Way of Healing: Remarkable Discoveries and Recoveries from the Frontiers of Neuroplasticity

NEW YORK TIMES BESTSELLER  The New York Times–bestselling author of The Brain That Changes Itself presents astounding advances in the treatment of brain injury and illness. Now in an updated and expan ...

Did ever a self help book helped anyone? :\

I guess I’d just have to suggest going on amazon.com and looking at the customer comments.

Despite of having my share of self help books in my life, I gave it a look at one of the books comments in the diagonal. Some compliments at the overall topic but don’t think it changes people. It’s just stuff put in a book to sell. There’s no How to to life. And I am being very short because I have low tolerance for matters of this kind.

I have low tolerance for matters of this kind.

I used to. I had to change my point of view. (After nine years of gawd-awful terror, 11 hospitalizations, and two suicide attempts with wake-ups in the ICU.)

Maybe we are in the opposite spectrum of each other. As before I thought they’d help me, now I don’t think so, after all these years also.

Did ever a self help book helped anyone? :\

I think that science-based ones do. This one has really helped me in the past: 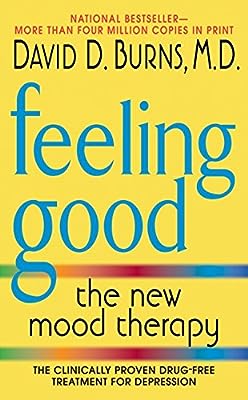 The book will be shipped from US.

What is the epigenetics of a grey alien anyway?

Genes and spirits, spirits and genes.

Until they consider the other beings they won’t have the cause of my “disorder.” Genes were not the cause, maybe they like to do things with certain genes though.