What is the dumbest thing you have done in your life?

My aunt lived near a golf course. Me and my cousin were hanging out on the golf course. I was about 12 years old. I saw a golf ball rolling down the course and then it stopped. When the man and his son walked up I picked up the ball and said, “here is your golf ball”, and the man said, “what are you doing son”! I said, “oh” and put the golf ball back where I got it from. I thought it was a driving range, not a golf course.

Another time, when I was a kid. I got a bee bee gun for Christmas. I shot at a car tire, and I thought, “the bee bee won’t come back and hit me”. When I shot it at the car tire the bee bee bounced off the tire and hit me right in between the eyes.

I went on dating apps several times with bad results. You would think that after the second time I would have learned from my mistakes. Nah, it took me about ten times. After getting stalked, I had enough.

i got plasterd before a arrow smith concert and the gal i toke told her mom that her younger sister was with us and she wasn’t and i was qustioned by the cop’s and spent a night in a cop car tell my folks came and got me. never trust a ■■■■■.

At the age of 8 or 9 I accepted something which I didn’t do,
I knew who was the culprit sticking gum on teachers chair,
there were only 8 boys and 5 where selected on doubt.

Teacher said if no one admits it all 5 will be punished.
After an hours time me trying to be the good boy said to the teacher I did it.
For which I had to carry a written board to all class which stated something, all faint memories though.

I run away from a sworm of bees and closed the garden gate behind me running away. The bees couldn’t care less. 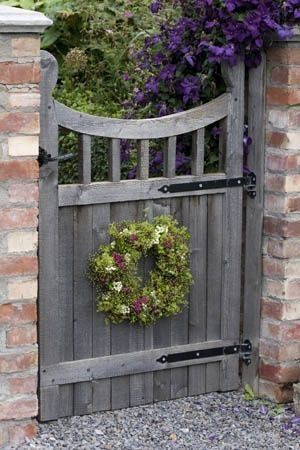 Stole from walmart, ■■■■ that was stupid, when i was a teen.

Before I was 10 years old I got caught stealing so many times form Kmart the security knew me by name. They had a picture of me on the wall of shame.

I stole my step dads Jaguar and had it on the freeway doing 140 mph. I did 140 for 7 minutes dodging in and out of cars. One false move and I would have been dead.

I was smoking a joint and I dropped it in my lap while driving. I pulled into a parking lot and jumped out to find it. I didn’t realize it but I parked next to a cop eating his breakfast.

Another time I was stoned and I was stopped at a traffic light. I had a lighter in my hand out the window and I dropped it. I jumped out of the car while it was moving to grab it. My buddy threw the car into park.

I was at the gas station and I forgot to take the pump out. I drove off and snapped the nozzle off and it ended up in my gas tank.

I use to lock my keys in the car so much the principal brought in a bundle of coat hangers for me.

I did so much idiotic stuff I’m amazed I survive with only schizophrenia.

Yeah, I actually thought that right after the bee bee hit me right in between the eyes. I thought about that movie.

That’s funny… did you make sure you locked the gate, just kidding

Probably what I did when psychotic and off meds.

When I was taking the SAT to get in college. It was 1997 my senior year I think. They timed each section of the test. I was only half way through the section, and the teacher said, “Stop times up”, and I said what!!!, I’m only half way through!!!(in my mind) I felt stupid.

The dumbest thing I ever did, was go out with the last man I went out with. He was too young and a liar. Now lunatics are acting like they own me because they must know him. About a week ago, a woman in a Cadillac threatened me for one of these lunatics lying about me.

falling in love with the wrong woman