Visions Of Heaven and Hell?

For the last year or so, I’ve been getting incredibly vivid visions of Heaven and Hell.
I’ve always had The Hell ones during sleep, this year was the first year I’ve ever had them while awake. It’s very odd.
I’ve seen Satan’s Palace and Lair, and The Lake Of Fire being opened. (I had heard it has been closed since The Lucifer Rebellion). The areas in The Greater Regions (Lair, Palace, and Churches,) are a cool, earthly green.
The Lower Regions (Lake, River Of Fire, Hive) are bright yellows and oranges mixed with the green.
There are lower areas than either of those which are weird hospitals and waiting rooms (Psych Wards?) for rest or torture.
There are great caverns for army training, which seem to be a reddish burgundy and made of Stalagmites and Crystals. The Buildings are made of the green smooth Crystals, with geometric patterns painted through them.
I haven’t seen too much of Heaven, They also have waiting rooms. Their’s are different, they are cut off from reality to provide peace and comfort while you rest. I’ve been told you are transported through the Heavenly Realms through a Tunnel (Portal) where an assistant being helps explain your transition and what is expected of you. Beyond that, I only see the gates (real) and a home that may or may not be waiting for me in heaven.
No, I’m not on anything heavy (I don’t think) I just have incredibly vivid experiences with daydreams and over thinking. This is how I personally see Heaven/ Hell. I’d be interested in hearing other experiences with the religious side of things.

If you were bought up in a different religion youd be having visions of their brand of afterlife. It’s just your crosswired brain playing tricks on you.

I’m an atheist and I still have occult delusions/thoughts/daydreams/whatever.

I suspect most of us here have problems like this. I was obsessed by the afterlife before my dose was increased. Now not so much.

I would much prefer an eternity in Purgatory, tbh. Lol. Just floating through white or dark light, devoid of thought or sound. Nothing going on whatever. Seems like heaven to a SZ.

What I want to know is why they both share the letter “H” ?

It would seem so. Even design as such.

Yep that would be my heaven. 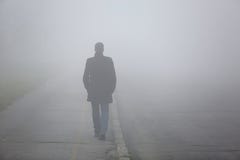 I had a dream of underground church many years ago. There were many people there. It was a very pleasent place.

I dont see places from other worlds. But if i think of hell i remember a book i read. 36 minutes in hell. Where a christian man went in hell one night in his sleep. As i read the book i visioned what hell mingt be. To me its standing in an underground cave…and it doesnt feel hot but the air looks hot…and your body is made of that hot air and you almost vanish into the air as being one with the air. So you almost have problems with existing. Kind of like being a fire.

This sort of thing worries me. I once had a nightmare about a snake. It was at the end of my bed. My husband saw me pointing at the end of the bed jumping up and down and a minute later I woke up. I was so glad to wake up. Hopefully, these visions are worries rather than premonitions because if not quite a few of us are most likely doomed and there’s nothing we can do about it…

Sounds kind of scary to me. I’ve had spiritual dreams but they were so beautiful and loving that I didn’t want to wake up.

I saw it as an underground cave, as well. I have read research saying the fire aspect is mostly false. It is more of an astral/ psychological fire designed to torment the spirit than it is supposed to be a real fire. It’s supposed to be a cold place, being removed from God. Everything there is more of a constant feeling of uneasiness than physical torment. At least that’s how I feel things when I experience it.
The book sounds interesting. There was a Kindle book about a gentleman who had been taken to hell in a U.F.O. which I think was a real book as well. Can’t remember the name of that one.