Terrorist massacres in Europe…guns and race in the United States…

Just not sure what kind of world my little 12 year old girls are going to inherit. This is a markedly dangerous planet than what I grew up with. Seems like everyone is kind of becoming numb to it all now. The violence is occurring with such alarming frequency.

I wonder if we were all born in ‘the end of days’, so to speak.

…and everyone just plays Pokemon while everything around them is crumbling to the ground.

When I believed I was Christ during my last psychosis, the whole world made sense to me. I was at peace and at one with my surroundings.

I thought my love would conquer all of the evil on this planet. It all made sense to me…The Lord returning in the form of a $hit joke artist like myself. Even at the Hospital I felt I was needed among the poor and the sick which further fed my delusion.

I miss the tranquility and all of the goodness of thought that came with my last psychotic episode.

I’m upset to see the flag at half mast so frequently.

I play pokemon but I don’t see anyone crumbling around me. If anyone is crumbling it’s me. It is sad though to see all these people get shot but there is nothing I can do about it. They won’t accept me into the military and the system is too f’d to work these problems out.

The world has been chaotic. With so much media coverage we are finally seeing the reality of it.

Do you live in the U.S. @lostinthespace?

The world used to be 'patient and ‘thoughtful’. Now it’s become ‘fast and forgettable’.

It’s not chaotic it just refuses to listen to Reason.

The media likes to project these things out to continue to spread fear and confusion; furthering the delusion that humans are mere animals without sense. 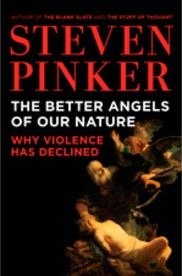 “The decline, to be sure, has not been smooth; it has not brought violence down to zero; and it is not guaranteed to continue.”

There’s more to it than just instant media coverage. People are all now living in group bubbles. Nobody knows anybody anymore.

It’s just such a drag I wasn’t Christ after all. I had it all figured out. I was going to fight death, war and taxes with music, laughter and dance.

I would sacrifice my Christ-ism for you to be Christ. Anyone to be Christ, who has good morals and shizz.

A lot of people seem to be looking out for themselves only. That’s like a bunch of dumb people walking over to their own specific selfishly chosen spot on a boat, while in turn not taking the boats overall balance into account. Hence, the boat tips and sinks.

It is inevitable that we are living in the last days.

I’ve been looking through an electronic device for collectible things regularly for years. It’s a camera and I collect images. Pokemon Go just seems like a different flavour of my OCD from where I’m standing.

It is inevitable that we are living in the last days.

You’re absolutely right – the world is ending. You don’t need your stuff. Send it to me.

It’s just us in the bubbles. My family is out and about all the time and so are other people. They still go to sport events, shopping and they say the roads are always overcrowded with people going somewhere.

I think @anon31257746 is right. There is so much more technology now so media coverage is everywhere. When I was growing up, you didn’t hear much about anything outside of your local area. There just wasn’t the media coverage like there is today with everyone having cell phones that take pictures then and there.

Sometimes I see it like that too @Patrick… (and I don’t have kids to worry about) Seems like in the US a very serious and tough issue is surfacing now, which won’t be easy to ‘solve’ just like that. Perhaps it is also a matter of perception, extensive media coverage and all that, but that’s there to stay as well, and it has real influences on people’s actions and thoughts… Over here in Europe… there’s not just the terrorist attacks, but more difficulties that put the EU under a lot of pressure that it might simply not be able to deal with. And then what would come in it’s place? ‘End of days’ might be a bit much, but I also get a sense of an old, tranquil and peaceful part of the world, that used to be just there, now being at stake itself. And then what may be most worrisome are these issues, like in the US but there are some in the EU too, that are coming from within rather than from the outside so to speak. I don’t know why, but those strike me as most difficult and threatening.

that are coming from within rather than from the outside so to speak.

not making a joke - but that’s why we don’t have to worry about alien life, Humans will destroy themselves if left alone.