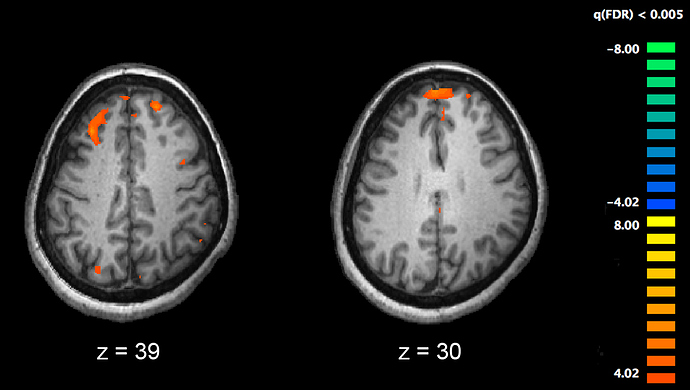 In the great nature vs. nurture debate, nature just got a win.

I feel the same. I can blame all I want but it was probably inevetable:

I say ,the schizophrenia condition itself is not the sums of all diagnostic symptoms (mental, emotional and personal behavior outputs ) and including any change occur in the brain chemistry

The schizophrenia’s structure / function represented ONLY in the things that be called the Hallucinations
SO THAT, in the nature ,the Hallucinations is the condition be called Schizophrenia ,without any considerations to any symptoms or chemical change or even treating them with medication and reducing their severity to any degree

In other words,the hallucinations is the only evidence not any kind of the symptoms,changes or disorders

As I say ; all diagnostic symptoms ,whatever they are ,they are the end result of the hallucinations effectiveness on the mental processes and the chemical background which associated with them -

You cannot overcome the fundamental data of the sz’s nature through talking about development a symptoms in the mice it seems as a symptoms of the sz ,because you must create the Hallucinations not any Symptoms --remember I said that

sub types off schizophrenia keeps getting bigger. then no nature isn’t demoting it.

You should distinguishing between 2 different things
1- A new existential features of a living strange psychological health condition ,which generated suddenly internally within the conscious state of the person in the third decade of life ,and forming a new independent psychological user (s) you called "hallucinations "

2- All aspects of symptoms which you called them the symptoms of schizophrenia , which represented in the thoughts,feelings and all personal behavioral characteristics of the person ,which they coming AS an end results of the functional activity of the new psychological user (s) in a challenge to the will of the original user (human)

The person inside his internal world,he feels,hears,touches,perceives and coexists with the existential features of the new psychological user (s) which you called it the hallucinations ,and he does not feel or affected with the classical symptoms of a disease

The external observer, is the only one who thinks that the person coexists with a symptoms of classical disease or / suffers from a hidden disease

The thing that you called “hallucinations” is represents the potential state of the condition which embodied within the conscious state of the person ,while the symptoms is its results

To create a symptoms in the animal (using chemical substances ),and tell us these symptoms are like symptoms of (sz) in human being ,you just make a disorder /changes in the brain chemistry of the animal ( no matter what they are ) , and did not making the potential state itself (hallucinations) in animal or human which cannot be diagnosed or / treated or cured or even knowing what is it in its nature !

The goal is to create pharmaceuticals to treat, cure or—ideally—prevent schizophrenia. Currently, medications can only address a few symptoms, such as hallucinations.

“But what’s disabling in schizophrenia patients are the cognitive dysfunctions that make them really withdrawn from life, unable to even have employment,” Alachkar says. “If we were able to develop a better treatment, those patients would be able to work, to communicate with others, to live a normal life.”

Nice, it doesn’t say how they plan to use what they learned about methionine to treat cure or prevent schizophrenia. But I hope they get whatever they need to move the study forward.

The most thing that you can distinguish is the distinction between the corn cob and grape cluster,it is easy for you to focus your attention on the veterinary medicine instead of the human schizophrenia

My sister and my brother in law tried not to let their oldest son play with guns. They gave up when he started to nibble his graham crackers into the shape of a gun. They thought he would be less obsessed with guns if they let him play with them. He was a spirited young man, but you can see how my sister and brother in laws nurturing softened his character.

False science is one that is concerned with creation the madness in animal by chemical substance that cause a symptoms are similar to some symptoms of sz,in order to prove the validity of the theory claiming that sz is chemical in root origin

False science is what claims that the sz is genetic,and research has failed for more than 50 years to find the defective gene or the disease material (protein )
Not to mention the failure of the healing theories and replacing them with the theory of reducing the severity of the symptoms /improvement them,or suggest the theory of living with the sz symptoms in peace by relying on the prayers of parents !

I don’t have any of the symptoms they found in those mice.

If you are convinced of such research
Why not make yourself one of the donors to experience the effect of these materials,and contribute to the proof of the experiment ,and then you share a Nobel Prize with the designer and spend the rest of your life in a hospital to treat such fabricated symptoms !

Regard with any protein related sz by any theory
Adjustment of a protein level criterion during (24 hours,day after day) during the forward and reverse processes that occur in the brain in a manner similar to what would happen under normal condition (the health condition)

Has this protein succeeded in treating the actual symptoms of sz in human being and causes them to disappear completely or NOT ,is the main test to prove the chemistry root of the sz symptoms

FOR anything you cheer and clap and say Amen for creation the madness symptoms for mice or cat ?

The first found that giving extra methionine to adult mice caused them to exhibit symptoms of schizophrenia, such as social withdrawal and impaired communication, memory and reasoning skills.

I’ve gone from 45mg clopixol to 5mg clopixol over the course of six years using EMDR. I do emdr for 2 or 3 hours per day, using a Self-Adminstered EMDR youtube video.

I’d say that this qualifies as nurture beating nature.

I also benefitted from emdr, as well as other psychological work, to the point of losing the diagnosis of schizophrenia (still ptsd).

How do you explain objectively the absence of a Vaccine against the sz condition ?

-How do you explain scientifically the ineffectiveness of antibiotics on the sz condition ?

-How do you explain the absence of protein or / anti-protein that ends the life of suffering experienced by the person (patient) even for an hour from a day ?

If you are talking with the name of real science,please answer about the above questions

As we know,medication is one of the important means used in the diet,in order to remove excess fats BUT not all body fats
When you talking about the treatment means be used with the sz

Are these treatments a way to remove “reduce” excess symptoms but not all symptoms -as happens in the diet ?
The drug aims to achieve symptomatic diet and not eliminating them permanently !!
How do explain the issue (objectively ) ?
Where the disease that you belief in ?

And these symptoms related historical causes represented in scenarios / dialogue details of past events memories of the person’s autobiography and his outlook towards oneself,others,the life and beyond …etc

This means,the chemical substance creates all symptoms immediately in the human being or even the animal ,and does not need years to show its effect, nor the details of the psychological story as the psychological theory assumes

Consequently,any symptom that you classified as a symptoms of schizophrenia (whatever it is called) in relation to the research ,it is merely the result of the effect of a chemical substance

So,we challenge all chemicals in our human nature or in the materialist world to create the existential symptom of the thing called "hallucinations of schizophrenia "

Because,the hallucinations is not created “chemically” and does not destroyed “medically”,rather it is created from impending nothingness (Zero) ,and its chronological life ends with the death of the human host
and we know,the human beings are unable to diagnosing the hallucination or knowing what is its nature ,or creating it ,curing it…etc becuse it is not from our natural world !!

Notice that,the researcher avoid the talking about the hallucinations,because he knows it is closed road !

I didn’t read article, but i agree. I can blame others or my upbringing or laced pot or lsd from mk ultra or artificial/ atypical schizophrenia, but i cannot. I was born with it. Carried the genes my whole life around me. My parents had or carried the gene or I had infections.

Maybe aliens but that’s a huge hunch. I even thought being thrown or forced into a wormhole and time travel made me insane, including traumas, but who knows.

Many people experience these things and are doing fine and well in life.

3- The person can feel,hear,touch and perceive an existence of a new independent health condition inside his inner nature during all period time of waking

Therefore,when we say Schizophrenia ,we meant the hallucinations ONLY ,which they are vary different about the personal behavioral characteristics outputs of the human being which you considering them the symptoms of schizophrenia

The hallucinations is the (substance/ body /structure /component ) of the condition that you called it the sz ,and it is not a symptom for any condition,disease / illness /disorder …etc

ANY person with sz has knows the nature of the sz’s nature by the action of the nature itself without needing to theories ,definitions or medical concepts ,this is true even if the person has expresses about this nature throughout misunderstood words regard with the perceptions of the external listeners ,because the hallucination express about themselves to the person throughout spoken transmitter (audible-voices ) !!