Read it, then read again. And there is hope, too.
Adult neurogenesis:
http://pubs.rsc.org/en/Content/ArticleHtml/2009/IB/b902617g

Spread the word. This guy (Stachowiak) is on to something…

@Justsomeguy will it help in sz about second article…!!!

Thank you for posting @Justsomeguy a very interesting article!

Far cry 0 - it will certainly help me, as I suffer from Schizophrenia Simplex, which means I have a total washout of functioning neurons in the pre-frontal cortex. If negative symptoms is the problem, then neurogenesis is the only thing that can help. Targeting the INFS in brain stem cells could differentiate already existing stem cells in your brain into fully functioning mature neurons.

These mature neurons could then also form new connections, i.e. synapses, and voila - symptoms gone and energy back!

Unless I’m missing something…

EDIT: Stachowiak was involved in both articles. The second one is quite old (2009), which means the process is obviously not as easy and simple as it sounds - but some day…

Imagine a vast desert made dry because of no water. That is the outer layer of a specific part of your pre-frontal cortex. That is why you have no motivation, no emotions or feelings, no concentration or focus, no drive and initiative, and no real happiness.

Now imagine suddenly that area is flooded with water like the ancient Egypt nile river flooding its banks - suddenly the area is green with life, plants, forests, and activity. That is the promise of neural stem cells differentiating properly to mature neurons in the right area of your brain. Put simply, your negative symptoms are caused by the front part of your brain at its outer layer being innactive and lifeless.

This was caused by a mutation in the genes responsible for the growth of your brain, and it happened before you were born.

@Justsomeguy thanks G.M …!!! I wish stem cell could cure all our sz … do u think stem cell will cure sz soon…!!!

Look at this picture: 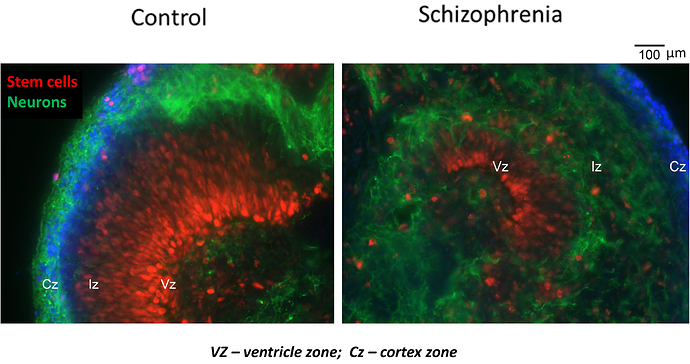 As for your question - these guys think things are moving in that direction, but I don’t know if it’ll be soon, or not. The danger is cancerous growths, and lots of scary stuff if they get it wrong… 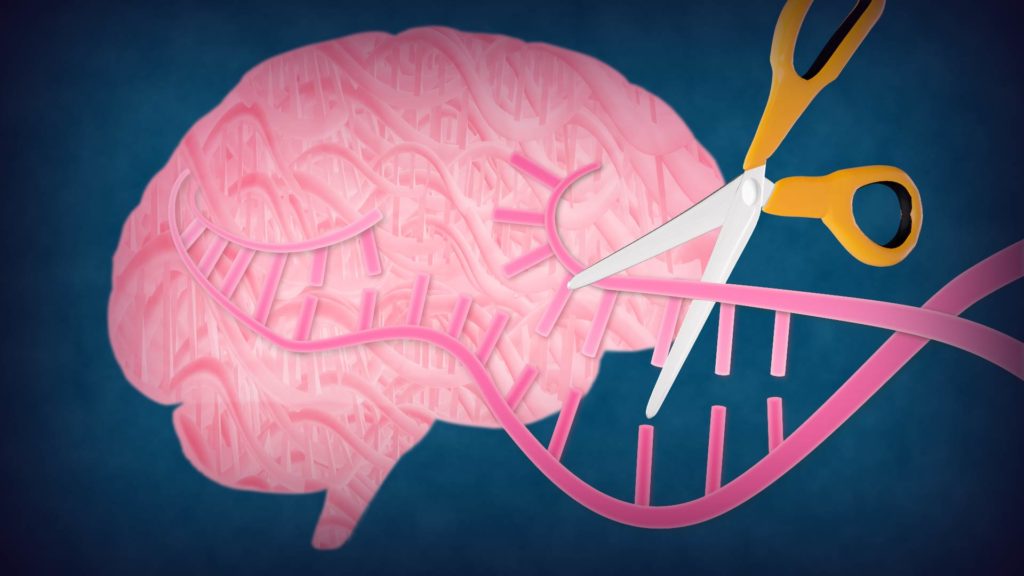 “We had this idea that if you don't put the brain together right during development, you can't reverse it,” said a UCLA neurobiologist. But studies show you can intervene in adult mice and "often completely reverse" a neurological disease.

Thanks for the lot of info…!!! I think crisper will cure sz as well as stem cell…!!!

Yes, Far Cry - we have to hope. But we also have to spread the word, and take action - Schizophrenics need to fight for their right to a cure!

Here is the full version of the CRISPR article from STAT.

Scientists are thinking the unthinkable: CRISPR might one day reverse...

Monica Coenraads' daughter has never spoken since she blurted out "duck!" while taking a bath soon before her first birthday, and has never walked...

Thanks @Justsomeguy this give us some hope…!!!

Hey @far_cry0, this looks very interesting but sadly i couldnt read and comprehend it all. It was too complicated for me. I am sure there is potential there but how much is anyones guess.

Plus some of the research is already ten years old. Second article being from 2009. Makes one wonder what they are waiting for.

what they are waiting for.

Lets hope so. The other article is already a year old. And we havent heard much on that front.

Lets hope positive…!!! Question remains what are they waiting for…!!!

@GentleSoul of course, I wasn’t able to read it at all, much less understand it.
But on the surface it looks interesting.

“The hottest question at the intersection of brains and genes is whether genome editing like CRISPR might reverse complicated brain disorders such as autism, Fragile X syndrome, frontotemporal dementia, Huntington’s disease, schizophrenia, and others.”

“The answer is yes,” said MIT neuroscientist Guoping Feng. “It is not only possible, it will be successful. There will be technical problems, but we will solve them.”

As to what they are waiting for (in the diseases they know a single target gene) they said it’s a matter of getting the correction to the right cells. They have ideas for how to do this, but there’s still a lot of study to do.

Probably take decades, but whatever. So long as you are alive, there is hope. Plus, you have to consider, once they master gene editing to that degree, 60 will be the new 20.

That crisper news is exciting, twinklestars posted that a few weeks ago but at the time it was sub only that could read it, Im hoping that there closer then there letting on to testing crispr in mice with schizophrenia, Maybe some news from the broad institute at some point might be about this.