My previous doc said that it’s illegal for them to give me (the patient) my own medical records. They said they would gladly send them to my new doc. Is this normal? I’m really mad. If I broke my leg the docs wouldn’t refuse to give me the records… .I guess a psychiatrist can’t disclose the info to the patient. This seems really wrong to me. What do you guys think about this?

yeah we should be able to at least see them.

In the uk you have the right to see your own notes. But I think you might have to put the request in writing.

I know I technically have the “right” to review my psychiatric history, and have to some extent (probably the extent to which they felt like giving over) and seeing what was written (humiliating, slanderous and well…in a lot of ways simply not true of anything I’d said) it only makes me paranoid of what’s going on behind my back there. I’ve also been flatly turned down upon requesting records or even once sent four pages of what was supposed to be six months of records.

I’ve also run into the problem that my father has been able to successfully request these very private records of mine while I was unable. I mean if I had been a minor this would be one thing but as an adult? I guess people with means and respect can basically do anything they want though.

I’ve been thinking again about putting in another request for my psych records but then…even the local bank isn’t dealing with me straight anymore. Yes…something happened…as in “We’re not in Kansas anymore Toto”

I think fm googling it that I can see them legally but I would have to pay for it and request it in writing. I actually don’t care one speck to read what my horrid previous doc wrote considering how awful he was. I only tried to request it because voc rehab said I need to bring as many documents as I can to my interview. But voc rehab also told me they will do their own psych eval on me.

In the US - you have the right to obtain your medical records - but doctors usually dont like to release them directly to the patient. 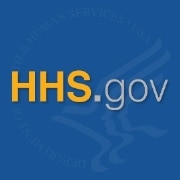 consumer's rights with respect to their medical records

Thankyou that def clarifies it. I kinda spazzed out about gov control paranoia when the office lady told me it was illegal to give them to me. Now I guess I’m just going to assume she doesn’t know what she was talking about.