Is it psychotic to cut your own hair?

Sometimes I go from not wanting a haircut and can’t wait for the next day…so I just cut my own hair. Third time I’ve done it in the last 2 years I reckon. It actually doesn’t come that bad other than the white spots on the side where it shows my scalp. I feel its a psychotic thing to do but idc. I needed a haircut and I’m impulsive so I just start snipping away until it’s all short.

It’s one thing to give yourself a shape up…that’s hard. But to cut it real short…you just gotta cut all the hair off. Anyone cut their own hair ever? lol I know this is a silly topic.

I buzzed my hair down one time. Way to short. Not bald. Was pretty psychotic at the time. I’d never have the patience or skill to cut it properly. I just wanted something easy that I could do so I wouldn’t have to pay someone or waste some one’s time.

It probably only feels psychotic due to the illness. I’m sure a lot of people cut their own hair. Keep it up and you’ll probably get good at it.

I don’t cut my own hair but my sister cuts my hair. I have a hard time going to the barber shop and talking with the barber so I avoid it at all costs. Something about sitting in that chair and having questions shot at me by the barber is hard for me. If my sister didn’t cut my hair I would probably do it. I just buzz it anyhow

May be a tad psychotic…but I will persevere!

I shaved my head once last year, felt really awkward and had to wear a hat when I went out. I’m not afraid of the hairdresser, I went this week-end and my hair was pretty long, honestly it took her 15 minutes to cut it, just shave the sides and equalize the top. I asked her one question just to be social and from there we talked a bit but then we both stayed silent. I was in and out faster than you can say “haircut”.

I cut my hair all the time (I must state that I also have an impulse control problem). When things go bad and I am stressed I have this horrible tendency to buzz shave the whole thing. I have done this many times. Thing is I look like a British football thug with my head shaved and it scares people. I also have impulses to pull hair out. This is a bad thing to do - not sure if it is classed as self harm.

Either way I have found a solution. I buzz shave my head but not down to the scalp. A short but respectable length. I do my beard the same length. This prevents me from pulling chunks and I don’t look scary.

I have cut my hair for thirty odd years now. And I think that I am getting to be good at it. It does seem that when I am psychotic and feeling bad about myself, and the voices are getting me down, that is the time I want to cut my hair the most.

I’ve cut my hair a couple of times… with a kitchen-sax… worked quite well and actually got a couple of compliments on my new do, lol.

When I was really sick (and possibly psychotic), I cut my hair in a weird style - shaven short on top and chin-length at the back. My mom was horrified. Other than that, I cut my hair a lot. The last time I cut it was Feb last year really short, and loved it, but I’m growing it out now again. It’s taken a long time to grow to my shoulders!

I’ve cut my hair several times. It is almost impossible to give yourself a good haircut. I ended up shaving all my hair off.

I’ve cut my hair for about 8 years. Using buzz blades. I’m pretty OK at it now. I do miss the feeling of other peoples hands on my head. It was very relaxing as I recall.

I cut mine although I use attachments and pretty much just shave away until nothing is sticking out.

It’s compulsive I think because we do it out of impulse. I don’t think it’s psychotic. I’m not violent with my hair. I cut my hair. I finally check out some ideas to cutting my own hair, mostly hairstyles. But I found a way to cut my long hair and it looks nice. I also, just cut my bangs. I looked it up on YouTube. It looks okay, but I can do better. Cutting your own hair, it has to be dry, from what the video says, it makes sense. I’ve had too many bad encounters with hair cuts, hair dyes, pedicures, manicures, so I do everything myself. There are plenty of do it yourself books and videos.

I do. Everytime I get my hair cut I feel like one of those fancy bushes from the 80’s

My anxiety is too much for me to sit in one place and converse with someone.

I’d like to get some professional tattoos but just thinking about that makes me cringe.

Where I live now everyone has tattoos and it looks so cool.

Ever seen that movie Clean, Shaven?

That dude cut his own hair when he was going through a episode and he was bleeding all over the place.

That’s terrible. I wonder if he was feeling suicidal. I really hope he is okay

Oh, it’s a movie, okay now that has to be fake

Yeah it was a movie about being sz.

A bit cheap maybe a “B” movie but still a neat movie to see especially if you happen to be afflicted.

No, not psychotic. I really don’t cut mine but trim it once or twice a year…last time a person cut it was 14 years ago. last time before that was 21 years ago. I rarely got it cut how I wanted it when people cut it. One exception was in the early 90s when I wanted a tail that was in style then and had someone cut it so I had a 7 inch tail… remember these? 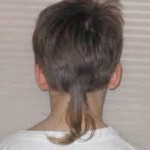 Lot’s of people cut their own hair and are not psychotic.