Computer skills are very handy to have. Wow, it’s impressive that you helped put one together so young, and it’s good you had such a great mentor. It’s not easy keeping up with technology.

I was like that with art. It was the only thing I could ace.

I’m glad to hear your relationships with family have improved. People do stupid stuff sometimes. It’s too bad he won’t apologize.

Sorry to hear that hobbies aren’t effective for you. Mine have been like life lines for me. Video games are a good hobby, though. My favourite was Tomb Raider back when it came out for PCs. Also, I got to play Tomb Raider; Underworld, and the reboot of TR on a relative’s xbox 360. There were lots of good puzzles throughout the whole series.

French is on my bucket list, but I’m not sure if I can master it without being totally immersed in the culture. It might be hard to remember it if I don’t practise enough.

It is for me but I’m a nerd. It’s not easy for people like say my mom or any of my grandparents. In fact, none of them ever owned a computer and my moms parents lived without power until her dad went to a nursing home and Grandma had to get senior housing for herself. She’s just now getting used to Facebook on a Tablet my Aunt bought for her. She’s the most tech savvy grandparent I’ve had lol.

My mom knows how to play Facebook games and post on Facebook that’s about it. A funny story from my Childhood to give you am idea of my moms computer skills though. When I was 12 my mom wanted to know how to save something from Microsoft Word to a floppy disk. I told her “click file, save, and save again” and she had to write that on a sticky pad and put it on her monitor at work so she could type things from work at home and put them on her work computer. I laughed at her for years because of this (jokingly ofc).

I played all the Tomb Raider games as a kid too. In fact, the 3rd game was the first computer game my dad ever let me buy with my allowance. It was like $80 when it came out. A lot of money I’m the mid 90s especially to a 10 year old lol.

French is a difficult second language to learn. Especially when speaking it. If you encounter people from Paris or Quebec words are also pronounced differently and when speaking to somebody from Quebec they are VERY fast.

For example you can say “bonjour je m’apelle Alex quel est le vôtre?” (“Hello my name is Alex what’s your name?”) And you won’t be able to hear one word in response. Just… yeah really hard to learn. By the way, my name isn’t Alex I was giving an example.

When I speak French I’m also so used to speaking English that my first instinct is to say French words as they appear. Also… a bad idea because that’s not how they’re pronounced. Just… yeah… my Granny never learned how to read, so I think I can get by without speaking French lol.

I can’t say I understand with your exact symptoms and experiences but I feel my life is so bad no one understands too. I figured by logic that someone must and that they have gone through similar things. Everyone goes through a hard time in life but some have it harder. My siblings work so hard that is their misery ( they don’t like their types of work ). I’ve cracked up recently. At the grocery store yesterday I felt so destroyed I could hardly manage to buy a few items. I am always alone. And I have been dangerous before. Just today I planned on going to the library to write my very last suicide note and then in a few weeks kill myself in the woods. It seemed perfectly sensible and I didn’t believe God, if there is one, would punish me. Then my voices did the weirdest thing, instead of encouraging suicide they discouraged it. I’m anxious to see what they do next? I dozed in my chair all day and then I read my ten pages of a book. As I dozed I felt brain diseased or brain damaged, but when I read I understood things fine. I also play guitar. I’m going to stick around. I’m fifty one and been sick since I was seventeen, though I heard voices occasionally as a child. I take four psychiatric meds.

I remember the days of floppy disks. That’s a very funny story about your mom! It can be tough to get used to new technology.

I was hoping to find a set of audio CDs done in Quebec French, not Parisian. I’m not sure such a thing exists.

I won’t argue the point but 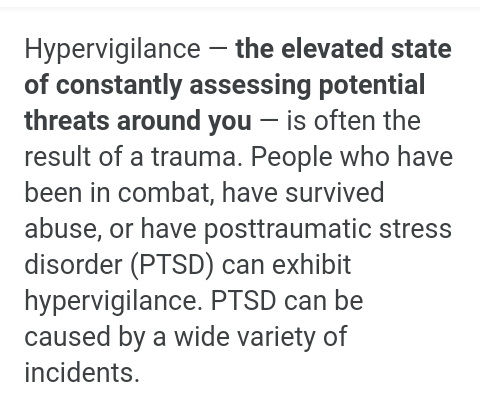 Sorry things are going rough right now @Jinx . It’s not easy. Good to hear you’re going to ride it out

What types of music do you play on guitar?

Yeah well the game had JUST came out. Computer games are that expensive on Steam nowadays too depending on the popularity of the game. So it wasn’t bad I guess. I liked the $20 used games I got better they were much more reasonable on a $5 a week allowance.

Have you tried Rosetta Stone? Idk if they still make it but I found it helpful with learning how to pronounce basic words like “un garçon” (a boy) “une fille” (a girl) “un homme” (a man) “une femme” (a girl) “un stylo” (a pen) un chien (a dog) un chat “a cat” “un Cheval” a horse. I know how to pronounce all those words. But it will teach you basic words like that and then form them into sentences like “Une fille montait à cheval pour rencontrer un garçon.”

Ok maybe not something that advanced but you get the idea.

I like Edvard Grieg the best. I play a lot of classical music on guitar and baroque. I decided to learn popular stuff a couple of years ago and bought a blues guitar book and a jazz book and some others. I’m not very good at classical, I’m self taught. I hope to perform in public in about ten years, maybe an open mic or coffee house. I’ll play for friends and family anytime!

Never heard of that. Never had a Psychiatrist or therapist say that before… Makes sense though.

That’s very cool. I am self-taught as well, but I grew up more on Neil Young and stuff like that. I have dabbled with classical, and written a couple of pieces, but I’m not sure I could even play them anymore

A local pub is where I started, they had an open mic every Friday night. I played in bands since I was 18, but have never done a lot of stage performing. Still makes me nervous

Really? My mom said it wasn’t possible (she was a nurse for over 40 years so I believed her). I’ll look into it! It would be good to find out!

My uncle did a lot of that while he was in the army. He sang in a country band and was a fantastic singer. I could never get up and do that though. One reason I didn’t get a theology degree. I’m fascinated with Christian Theology and wanted to be a Theologian. But id never get a doctorate in theology (or masters degree to be an Elder. In the PCA you need at least a masters degree to be an Elder.) That id need or ever talk to people so I just study theology on my own.

singer. I could never get up and do that though.

I didn’t think I could do it either. I was by myself, at these open mics so it was kind of intimidating. I went down a few times to watch before I brought my guitar down, just to get familiar with the room. Once I was up there, it was a blast

to be a Theologian

Wow, that would take a huge amount of dedication.

can I ask what medication are you on.i take medication but it’s not helping .

Just mental health meds? Because I’m on meds for nearly everything. Antipsychotics that I’m taking are:

Carbomazipine
Latuda
Seroquel
Doctor is trying me on Lithium waiting for it at the pharmacy.

Uh im taking several anti anxiety meds, I’ve been on Ativan constantantly since my last hospitalization in 2016. Doctors shoot me up with Ativan like candy. To put it in the words of my mother “they give me enough Ativan to knock out a horse.” It helps with sleeping while I’m manic and in the hospital freaking out but it does almost nothing for my anxiety unless I’m given very large doses of it.

Yeah my uncles band had a great guitarist too. They mostly just played in bars and whatnot though. Nothing big.

Yeah it would be a lot of dedication. I love to study theology so I thought it was a good idea at one point. But it’s a lot of school work and if I failed computer science over 5 times I think I’d definitely fail masters degree or doctorate classes.

Maby that’s all you need

I actually looked up PTSD for the heck of it, I have a lot of the symptoms. I might have it. Is there separate meds for it if I see my Psychiatrist and he finds out I do have it? Because he and other doctors been trying to fix my anxiety for years. Like I said unless they hop me up on Ativan I just can’t be distracted or calmed down. There was one episode I had where I had such bad anxiety I couldn’t sleep at all and I was like psychotically freaking out. Nurses were trying to calm me down and they just couldn’t. Yet at night time I would sleep a few hours and wake up with large panic attacks. I just wonder…

Yeah that’s what I’m doing. My Elder at my church and I are like the best of friends and we often discuss theology with each other. Lots of fun.