Has anyone ever told you

has anyone ever told you that you should be in a padded room. my brother told me that today while I was talking to him, he said I should be hospitalized and if I lived with my parents and him they would lock me away because that’s where I belong

that’s messed up ive never been told that but i dont really talk to anyone anymore other than family and i feel nobody can really tell I have a psychotic disorder unless I am on drugs, what did u do for them to say that or is your brother just a complete ■■■■■■■

Brothers aren’t always the nicest folks, now are they?
Seems they think that just because you’re related, they can get away with saying the most hurtful things.
Silly boys, punch them in the mouth…(only in your dreams though), honestly, If I had a nickel for every ugly thing my brothers (and I have 3 older brothers) have ever said to me, I’d be a billionaire.

Try not to put much stock in what your brother says to you, just consider the source, besides, I’ve been stuck in one of those padded rooms at the jail, they’re not too bad, kinda comfy to curl up on the floor and sleep.

Is ur bro a teenager? I don’t get it…some people deserve a nice slap in the face

I can relate to wanting to do that, but, nope, I don’t want to spend the rest of my life in prison.
It was funny tho…

no he is 32 in October. but my mom said I shouldn’t listen to him she excuses him because he has autism and bipolar disorder

she excuses him because he has autism and bipolar disorder

Still no excuse to be mean to you.
Have you told him that this kind of talk hurts your feelings?

I have tried but he just brings up the money issues. he claims I owe him money. that’s another thread and issue. I stuck believing that if I move out of my inlaws house and if I am forced to move into my parents house I will be hospitalized. my father in law has threatened to lock me up too. he said the local mental hospital will pay a hundred dollars if I get turned in. then my mother in law said he was just joking,

This kind of talk is intimidating, but you shouldn’t listen to it. It is hurtful. Remember who you are!

Such comments can be quite hurtful, especially when they come from family members. Don’t believe such negative remarks and try to keep positivy with you, whether it be through friends, movies, poems etc. If others try to judge me unfairly or negatively I remind myself that I am a good person and only god can judge me.

You’re surrounded by f****** monsters, @cbbrown. Just because they’re blood relatives doesn’t mean they have a right to abuse you. Would you let a stranger talk to you like that?

my mom said she never said that but I know she did when she was yelling at my partner over the phone once when I was psychotic. but that could have just been in my imagination but how did my brother know that’s what the voices said? I have been listening to a lot of music lately mainly my alanis morissette cds and Janis Joplin. I don’t know why but they help a lot when I feel powerless

One of the best things about being an adult is, you get to chose who you want to be with, but family and in laws, you don’t, this is where a little tolerance can go a long way.

I am grateful that at least I have good parents.

before I got sick they were good parents at least they tried but now it seems I worry about them more than they worry about me.

Music also gives me strength when I feel powerless. One of my favorites is Enya 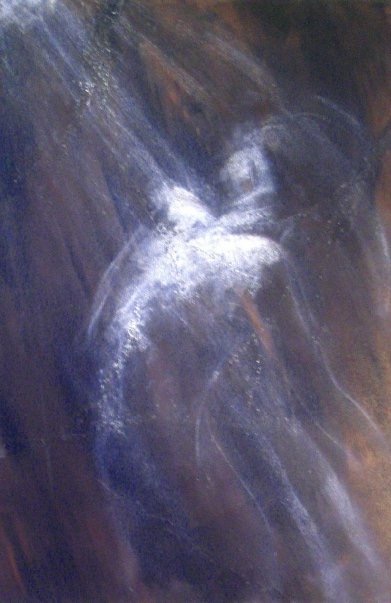 During my divorce, I listened to Alanis Morissette over and over late at night. I did this painting then when I felt inspired by her songs…

This is one of my favorites:

@Hedgehog that painting is awesome and i use to have the acoustic CD of jagged little pill but my brother sold it with all the rest of my stuff.

This one guy told me that I was so intense that he was afraid that if he got too close to me his head would explode.