I was at a party someone sprayed my back with axe and lit me up…my instincts kicked in hard and I ran…lol I know…but stop drop and roll goes out the window when your whole back from legs to hat are in flames…plus it wasn’t actually burning me…it was just the alcohol…there is video of this somewhere…I’m running through the house yelling with flames licking the ceiling…not so proud of this one…anyone else have interesting fire stories…?

Geez, you’ve had some lucky escapes. The only fire related story I have is I set off a fire alarm in a psych hospital, because I thought it was the right thing to do. They were OK about it though.

Bah this is why I hate to make myself recall things…

My parents told me never to put my fingers in a plug socket because it was dangerous, so I used a paperclip instead of my fingers. I never did find the paperclip again, but thankfully my fingers survived. I am a rebel with a paperclip.

When we were kids, my friends brother had a old chey parked at the corner we would sit in, it was cold so we thought a fire in the glove compartment would be a good idea, whole car went up in flames. Good thing it was no longer running, but now that car is a very desired collectable 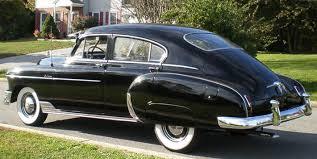