Hello and first of all apologies in advance for potentially sounding weird as English isn’t my first language. (Additional apologies if this isn’t the right section; I’m on my phone and the layout of the site really stresses me out)

I am a 20 year old male with a history of atypical depression and social anxiety but my treatment so far has been limited. The only medication I’m occasionally taking a small dose of insidon to help me sleep.

So much regarding the general situation.

The reason why I’m here: I have been experiencing some really freaky things and I don’t know what the hell they are and what’s going on with me. The are basically “apparitions”, sort of demon like humanoid creatures that are lurking in my room staring at me. I know they are not real, I know they are not there, and I can’t even actually SEE them. I just FEEL like I can see them. It’s like for example I’m sitting at my desk and I get this feeling that there’s someone or something in the room with me and I can exactly describe what that being looks like even though I can’t see it. And I know that if I would turn around nothing would be there. While at the same time I am like paralysed and too terrified to turn around and check.

I don’t know what the hell is going on. I’m scared that this might be a sign of something like psychosis but if I were psychotic I wouldn’t be aware of the fact that these things aren’t real, right? I don’t know an awful lot about psychosis so I don’t know if that’s actually true or a misconception.
Additionally, I am aware that demon like creature have a certain religious connotation but I was raised in an atheist household and have no religious belief, so it’s nothing like that either.

Please, if someone knows what is going on with my brain, please tell me. I’m freaking out.

Welcome to the forum! I’m a moderator and here is you need me. There are others, @ninjastar @anon9798425 Moonbeam and one on a break. To call us type the @ sign and then our name.

I would advise seeking a psychiatrist or as we call them a pdoc. Then a therapist. A pdoc will put you on meds to combat those hallucinations. It’s scary but can be dealt with through help.

Much luck and again, welcome.

I’m actually diagnosed with schizophrenia and I don’t want to frighten you but that’s exactly how things started out for me.

I’m not saying you have schizophrenia but you should definitely see a psychiatrist and get their opinion.

Hello again and thanks for coming back to me so quickly.

Ok so are there alternatives… like, other things that could explain what I’m experiencing?

I remember this happening once before when I was maybe 14. Just happened once though as far as I can remember. It started again a couple of weeks ago and is now kinda consistent. It only happens at night and when I’m feeling anxious.

Mental illness might run in my family but as far as I know it’s mostly depression and addiction. Theoretically the could be cases of schizophrenia that simply no one has talked about. As I mentioned before, my knowledge regarding schizophrenia is rather limited but I always sort of put it into a different category than for example depression. I assume that depression, anxiety and personality disorders are mostly caused by trauma (with a potential additional genetic variable), whereas schizophrenia is directly caused by a malfunction in the brain and not really related to the before mentioned mental illnesses. Is that at least partly correct or am I completely misinformed here?
Why I’m bringing this up… I do have experience with anxiety and depression but these things are not actually related to schizophrenia or are they?

Would the fact that I have experienced this once before when I was younger be a sign for it to be something else? Like is this possible in schizophrenia or would it have gotten worse and not just happen once and then stop and only start again years later…

I understand that only a psychiatrist can confirm if it is schizophrenia but is there a way for me to find out how likely it is… like “if you had schizophrenia you would almost definitely experience these other things” and if I don’t experience any of them I could be quite sure that it’s not that?

there is no conclusive finding on an exact cause of schizophrenia. One element is genetic. experiences/stresses are another, there are also neurological/neurochemical elements. Have you experienced anything else strange lately? what about difficulties with getting things done like motivation or finding tasks just more effortful than normal?

I have great trouble focusing, I get tired easily and find it difficult to find the motivation to do anything at all. I basically have to force myself to keep going because I know as soon as I allow myself to rest I won’t be able to start again. That’s not a new development though. I went to therapy because of it and tried three different antidepressants but nothing worked.

What actually is kinda new: I’ve has a lot of dark and intrusive thoughts lately and urges for destructive behaviour. I’m constantly fighting the urge to hurt myself. Doesn’t always work. I’m just tired of being myself. Of things in general.

Sounds like you have some warning signs of psychosis. This sounds like paranoia to me. That’s how mine started out too. But at the time I was diagnosed with depression with psychosis so it could be that. Definitely get in and be honest with a therapist about how you’re feeling. Try to keep track of everything using a symptom tracker of some sort and take note of any personality changes.

I think you should get this checked by a doctor. How long has the concentration and having to force yourself to do things been going on? Is it still going on?

Yippy. You are special, and don’t you forget it.

Hold on to your true self no matter what.

You are the boss. They are the inferior.

Hey! Sounds like you’ve got something going on and should get to a doctor. Whether is schizophrenia, bipolar with psychotic features, or something else, you don’t have to keep dealing with it. Right now you have insight but it is possible to lose that so go on and get checked out.

I can’t say exactly. When I was in school I was always tired but that was because I had really bad sleeping habits (took me several hours to fall asleep so I only got 3 to 4 hours of sleep each night and was basically chronically exhausted). The timetable at uni was a lot easier on my sleeping habits so I was finally able to get enough sleep but did notice that my motivation and concentrating really suck. So basically these issues either started when I was around 18 or I’ve had them years before that but didn’t notice because I was constantly exhausted anyway and attributed any problem to that. It’s still ungoing though.

What’s weird is that it’s barely noticeable to people on the outside. I’m just now finishing up my degree almost a whole year early and already found a full time job that I will be starting soon. On the outside I look like I’m productive and overachieving. In reality though I have to force myself to keep going because I know what will happen if I stop. If I’m not in constant overdrive I become completely lethargic and I fear once I let that happen I won’t be able to get out of it. Kinda like someone who is completely exhausted and only keeps walking because he will fall asleep if he stops.

That sounds hard but that you don’t seem to be functionally impaired is a good sign. How long ago did the feeling of demons watching you start?

How has your depression and social anxiety been over this time?

The social anxiety has gotten better over the past two years, the depression on the other hand is a newer problem. I got diagnosed two years ago and I had some reasonable doubts about that so called depression. Then over the past year it’s been gradually getting worse. A year ago I would have said I’m not depressed, now I’m suicidal so probably now I definitely am depressed lol

I’m going to post some suicide resources for you. My next post will include links to a texting suicide support lie or crisis line you can use anytime you feel like you are in crisis. Please reach out to them for help.

What is your contact with mental health professionals like? You said you take a sleeping med, are you seeing anyone at the moment?

If you are feeling suicidal, please tell someone — a friend or family member, a teacher, a doctor or therapist or call 911 (if you’re in the U.S.) or the Emergency Medical Services phone number in your country.

You can also call a suicide prevention hotline—these are available in the U.S. and in many other countries. 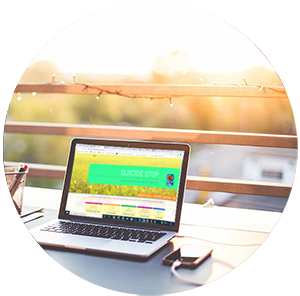 Suicide hotlines in the U.S.: 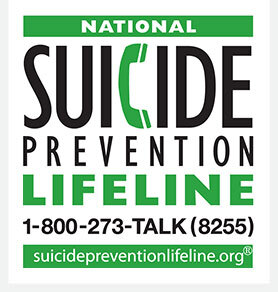 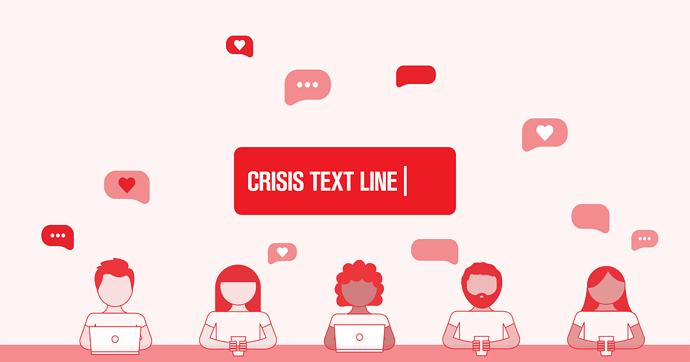 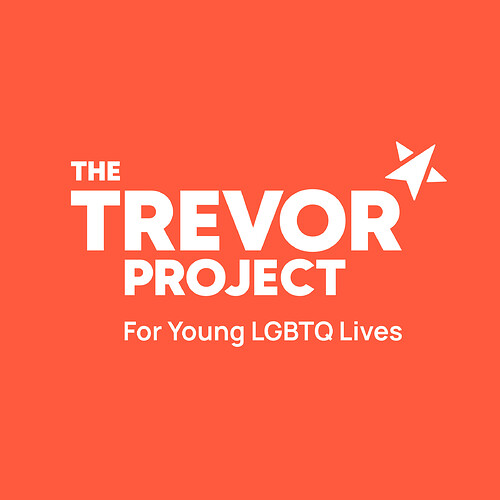 I have a psychiatrist that I see every three months. I think she’s really good but none of the medication she’s had me try did anything