Are they getting rid of me?

Thanks for saying that about the business. The biz isn’t much, but it’s ok.

I rarely talk to them though. Last year this time I spent 5 months 20 hours plus in bed, not a peep out of me and no one tried to help me. Which is fine, they did the right thing, I needed to get my meds sorted…but I’m just saying I don’t share this stuff hardly ever. I have once before this time and that was in October.

But…anyway, she replied and said she’ll call in a couple hours…I’m worried about what she is going to say, maybe she is done with me, but I’m probably being paranoid and she’s just concerned.

So who’s the idiot?? Me. I feel soo smart. And I embarrassed myself on this forum among people I respect which is great too.

Sorry about my posts. I’m stupid so it’s excussable right?

He is really stressed out and busy with work, you’re absolutely right.

Hope you feel better. If you don’t mind I’m curious what medication you are on that you are able to handle a low dose of amphetamine and which amphetamine? I used to take ADHD meds when I was younger but now it makes me paranoid.

Without abilify, even on clozapine amps make me paranoid.

But I’m hoping it’s the stress of the business not the amps. Because the amps I’ve been taking for months before symptoms arose

the life expectancy of a meth addict isn’t that long, hug your loved ones.

By amps I mean Dexedrine. And my psychiatrist prescribed it. I’m being compliant to his orders. And there’s no need to get cute

And do you know what the life expectancy of me without it would be like? A month. I’ll kill myself if I have to live in bed again. And I hate amphetamines. They’re disgusting.

I know, it’s all ■■■■■■■■. My pdoc said he’d put me on modafinil once we’ve tried Dexedrine long enough. He’s a doctor so I’m sure he’s doing the most logical thing…right???

hey, if you can’t even trust a meth dealer, then who can you trust? 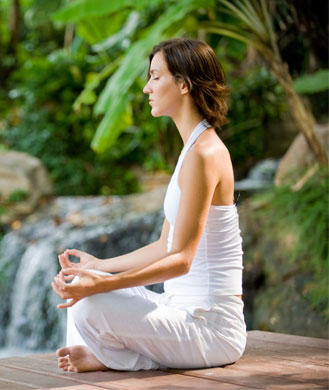 And there’s many similar websites.

If the stress of your job is so high, do you think that hiring a “helper” to do some of the work would help you, even if it’s just temporary? If you’re overloading yourself physically and mentally, having someone else to do the small, annoying tasks that you don’t want to bother with might help. Even if it’s just some 16 year old kid or some 21 year old guy for a few hours a week.

That’s what I should have done right off the bat. That’s good advice. But I’m at the hospital waiting room now and it’s be too late for me to do that at this point. I’m not leaving the psych ward until I’m stable for at least two weeks.

And my sister called me back at this point. She doesn’t hate me. She thinks I’m doing the best thing for myself by going to the hospital. She said a lot of nice things and we cleared the air. I should know better than to think they hate me.

If you need amphetamines to stay up, maybe you should tell your pnurse the medicines are making you really sluggish, and ask for something else?