Are all schizophrenics intelligent

And does having a low attention span mean you are dumb. I have had a low attention span for a long as i can remember but unfortunately it has only gotten worse due to my meds and the illness it self. There is so muchi want to do iwth my life and it feels like i cant because of this. It is so embarrassing

Some are, Some aren’t. Have you been tested for ADHD?

No i havent but i do have dyslexia. My attention span has gotten noticeably worse since my episodes and being on the medication

Yes all of them

My pdocs told me psychosis can reduce intelligence by causing cognitive symptoms.

Mine actually told me thats a myth

Mine actually told me thats a myth

Some psychiatrists would rather encourage their patients than telling them the truth. He wanted to encourage you. Personally I experienced a cognitive decline and my grades in university all went down. Now I have memory and concentration issues eventhough before sz I was an A student.

I used to be a lot smarter than this. I got a full scholarship to college and everything. I started showing symptoms my sophomore year and that was it. The last straw was when they put me on clozapine. Even though i’m off it now, i’ve never been the same since

i’ve never been the same since

Same, even when I stopped meds for 2yrs, I wasn’t the same or as good as before sz.

Sz cognitive symptoms are actually part of the sz diagnosis and DSMV so my pdocs are right. 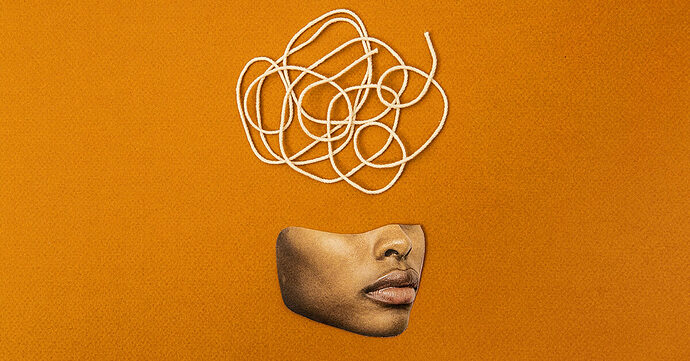 The cognitive symptoms of schizophrenia are the ones that affect your ability to think and remember. You can learn more here.

Examples of cognitive symptoms of schizophrenia include:

Could be but not in my experience, i had to do an sort of iq test and maxed everything which was kinda off a surprise. Im just less excited about doing stuff, what did happen is that i started reading alot which i have never done in my life. Its like my psychotic break opend something or like a part of me i never knew excisted. I was just a dumb skater that drank way to much

I don’t believe in iq tests as they don’t test all aspects of intelligence. I do good in them 133 but I suck in life, can’t work and have cognitive problems, no motivation, no emotions etc

Although I am not saying you’re like me, not all schizophrenics have cognitive symptoms.

I gotta be honest i think u down play your own intelligence.
I have a hard time living up to the norms of society but that doenst mean u and i are dumb or lesser human beings.

I must say I was highly intelligent during my pre SZ/bipolar years.

Today I suffer from cognitive decline.

u down play your own intelligence.

I am just comparing myself now vs before sz. I guess its a bad thing but I can’t avoid it or erase my presz memories.

I compare myself also to before i got ill, think thats normal.
This condition did make me suffer alot.
I was a happy person before i got ill.
I am not depressed but it feels like i am not living live.
I rather be less self aware and happy

A child/teenager now like I was in the early 1960s to mid 1970s would fit into the 2e category. I’ve always had cognitive strengths and relative cognitive weaknesses. They were there a long time before I became seriously mentally ill. SMI hasn’t worsened them .Indeed a less defeatist attitude means I’ve actually improved in certain areas of cognition. Mental rotation will always be a marked cognitive weakness though. .

Same, i wasn’t math or science smart but i was very creative and had an almost savant level memory still have it but not as good, i think i have had bipolar since 15 this illness has made my life mysery and wouldn’t wish it on anybody.