When did schizophrenia first appear?

So I was wondering.

I think Bleuer and Kraepelin first described this illness - which they called dementia praecox at first - sometime around the end of the 19th century?

But surely it’s been around for much longer. There’s a hypothesis it’s related to our speech capability, this would mean many tens of thousand years ago.

But why aren’t there any earlier accounts, in medical books or novels or other early writings?

Thats a complicated question. If it was pre-modern science or pre-science…what would it be called?

I wonder if Gelileo would be considered a “schizophrenic” a central figure in the scientific revolution, who was put on trial by the Roman Church authorities.

He would be called delusional. Because the Church was the scientific authority at that time, and the mainstream belief was that the Earth was the center of the Universe and that the sun revolved around the world. I think this is a good parallel without getting into religious discussion, about how a person who thinks outside the box is not necessarily “delusional” and that science itself or mainstream science does not always know all–can attach labels to what they fear.

It was probably around before Christ

I think “madness” has always been around. And I’m not talking about the band…

I think when we first started to ask questions, this could have started.

Great questions and thought-provoking. Galileo’s birthday is actually tomorrow Feb 15, 1564. I found out that Einstein’s son had schizophrenia.

Eduard Einstein was born on July 28, 1910, in Zurich, Switzerland. He was the second son of physicist Albert Einstein and his first wife, Mileva Maric. He had an older brother, Hans Albert Einstein, who was six years his senior.

In his youth, Eduard was a sickly child. He was often struck by illnesses that left him weak and feeble. Because of this, he frequently skipped family trips with the rest of the Einsteins.

At an early age, Eduard showed promising signs of having inherited his father’s intelligence.

He was gifted in various arts like music and poetry. However, he showed a particular affinity to psychiatry and worshiped Sigmund Freud.

In 1929, Eduard passed with all A-levels and was one of the best students in his school.

He enrolled in Zurich University, following his father’s footsteps. He studied medicine to become a psychiatrist.

His health still worried his family, particularly Einstein, who was at the same time proud of his son’s accomplishments and potential success.

But for a while, it seemed Eduard was going to have a bright future like his father.

At the age of 20, Eduard started to display symptoms of schizophrenia 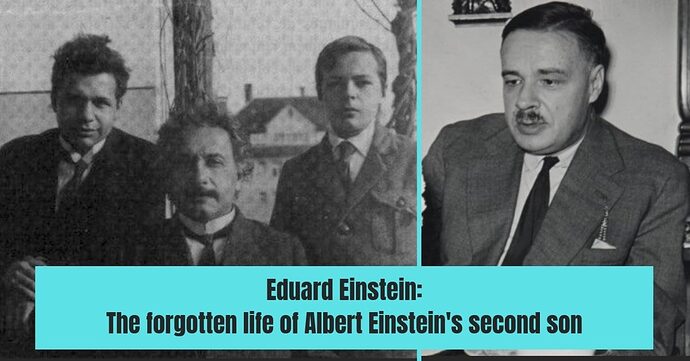 The forgotten son of Albert Einstein, who spent his short life in a mental...

Eduard Einstein led an unstable life in psychiatric clinics in Switzerland for his brief and lonely life.

Here is a better article: The History of Schizophrenia | Pasadena Villa

Its believed that a virus is actually responsible for mankind’s conscious evolution, or the origin of human conscious perception. Need to cite this though.

A2-2: An ancient virus may be responsible for Human consciousness – General Microbiology.

Doesn’t schizophrenia have something to do with Humans breeding with Neanderthals, and it messed with our DNA?

No more than humans breeding with aliens

Something about our planet 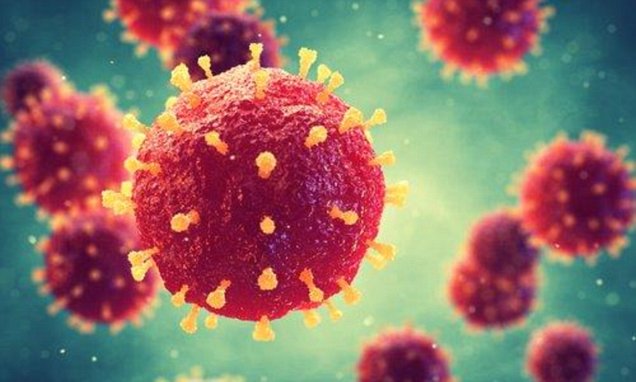 Could an ancient virus be responsible for human consciousness?

I think its all related to evolution and breeding is a part—400 million years ago the earliest humans were exposed to a “alien virus” idk why it says alien—but its called the Arc Gene, and from what I read it is responsible for human DNA and the faster than before replication–how our DNA adapts etc and Genes work kind of interesting…and also there was more than one there were Humans, Neanderthals, and another species similar called Denisovans.

Oh wait, it’s a lot more complicated than that. One site said that people with more Neanderthal dna have decreased chance of getting schizophrenia apparently.

Schizophrenia and other psychotic disorders

Where did you get those DNA results or whatever those are?

Reading the varieties of religious experience by William James you could wonder at. Without wanting to be missing the point. But loads of historical figures discussed but within the frame work of religion. Then you can consider Joan of Ark. Pythia of Greece. Plato’s manias. The muses, oracles, shamans, priests, witches, wizards. Also one third of those condemned to burn at the stake during the witch trials were said to be mentally ill says Thomas Szasz. The invention of Science is modern. So you could say you will only find evidence according to how advanced the methodology is to detect and find and report on it in a truer sense. But that an interpretation too.