Okay, so I’ve been searching and I can’t find Video Game Thread 3.0 anywhere. I don’t know if it got deleted or what, but it was up to about 700 posts when I last checked it. I love checking in every now and then and talk about my latest gaming exploits… so I thought I’d start it up again.

This thread is for anything video game related. Try to avoid major story spoilers if possible. Any video game or computer game is fair game. It’s also a great place to exchange friend codes or gamertags. Gameplay screenshots are welcome but not necessary

Here’s two games I’ve been on lately, the first is FF7 remake, fuzzy because it’s in 1080p on my standard Playstation 4 and on a not-so-great TV. The second image was captured on my phone from Kingdom Hearts in 4k on my Xbox One X using my good TV. I really wish FF7 was out for Xbox One, but it’s gonna be on PS4 only until April 2021. It’s not even out for PC yet. They ran a promotion with butterfinger for DLC items, I had to buy them from a scalper on ebay because I found out about the promotion too late. 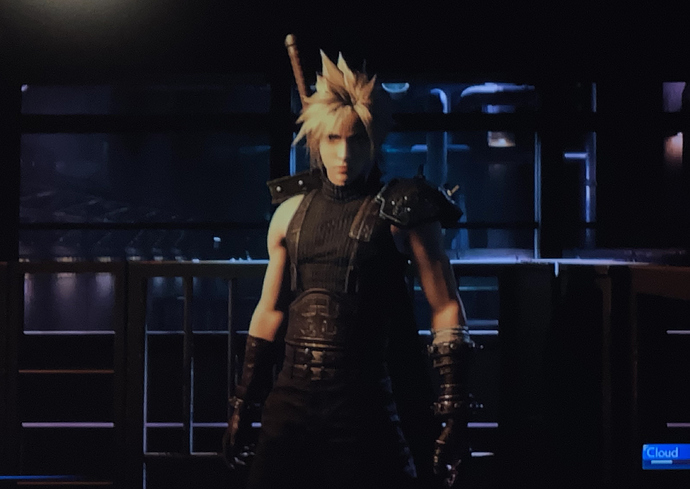 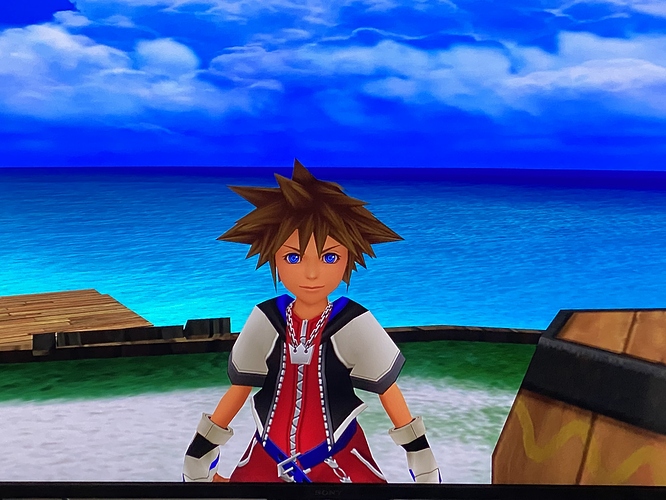 Thats weird that the old thread is gone. What do you think happened to it?

Anyways ive been leveling in wow still, it has a 100% exp buff event going on right now.

Thats interesting about the FF7 remake, i thought about buying a console to play that and Persona 5. Tho i dont have enough money for that.

Yeah I really prefer my Xbox One X since it’s 4k, and it has a lot of backwards compatibility that PS4 doesn’t have. I only have the standard PS4. Since FF7 is a PS4 exclusive, I dusted off my old console to download it.

I got to 60 in WoW classic, joined a raid guild and got a Core Hound Tooth, but the guild cut half of the rogues from the raid team, including myself, before I could get Perdition’s Blade. I was so bummed I just up and quit the game. It gives me more time to play single player games. Still, I do kind of miss it.

No idea what happened to the old thread, I thought they were supposed to get locked instead of deleted?

Sounds like a conspiracy, one of the mods is taking away our video games. We should unionize to have a gamer with schizophrenia represent us. Lets go start a hashtag on twitter. Jk

I play retail, i unlocked kul tirans about a month ago and have been leveling a few of them since. I might replace my human priest with a kul tiran one as my main. Tho i heard the expac thats coming is gonna have alot of new customization for core races.

I feel that ilovethaifood deleted the Video Game Thread 3.0 thread, cause he didn’t want to keep getting messages.

Let’s send him some good vibes, he doesn’t seem to be in a good headspace right now.

That said, I can’t wait until my brain inflammation is gone, so I can enjoy some good old retro game.

Yeah, I miss having him around.

Hope you feel better. You ever look into getting a NES or SNES mini? They can be loaded with lots of different old games. There’s also a playstation retro system.

I have the SNES mini and love it, but left it behind in Virginia stupidly. Next time we visit I’m gonna grab it.

I miss him too.

Thanks for the support.

I would get the minis if I had money. I just play retro on emulators, guiltily. Dual shock 3 is good for them.

With all this time during quarantine, I’ve been playing a lot of games lately. I beat Doom 2016 in preparation for Doom Eternal. Then I beat Star Wars Jedi: Fallen Order earlier last week, and ever since then I’ve been playing Borderlands 3 co-OP with my brother. And it looks like I might be getting Sekiro later because I want another challenging game like Dark Souls. Oh, and I play on Xbox one s.

I also wanted the Final Fantasy game to be on Xbox because it looked really fun.

From what I read the Playstation mini is really bad. Cant remember all the details now but the short answer is that it doesn’t have many good games and it runs at 50HZ rather than 60HZ which means they all perform slower than intended. There was quite a lot of drama surrounding it when it came out.

So I bought the Megaman Collections on Xbox One, and it turns out every single achievement for the original collection (Mega Man 1-6, originally for NES) is marked as a rare achievement. This means less than 10% of people with the game have gotten the achievement. This means that literally 90% of people who have purchased this collection have never beat a single one of the games. Either they just compulsively buy it and never get around to it, like I do with most Steam games, or the game’s too hard for them.

I thought Mega Man 1 was easy… I just beat it today. I remember 3 being hard though, really hard. I’m gonna tackle 2 next, that’s my favorite one. Crash bomb is the best. When I was a kid I got in trouble for opening a Christmas present early and it happened to be Mega Man 1. Only time I ever did that, still regret it.

The collection lets you save at any point so you can cheese your way through boss fights by saving after each successful hit on an enemy.

Quantum Break is such a long game, mainly because it has actually TV segments inside of it.

Great game, would definitely recommend it.

GTA VI is in early development by the way … so probably another year or 2 til it’s released.

I’ve never heard of Quantum Break, I’ll have to look it up.

I didn’t give GTA 5 enough time. I powerleveled in one of the activities and missed the phone call that unlocks the ability to host deathmatches in multiplayer and was so mad that I quit the game permanently.

I remember beating the phone games and getting the gold collar for my dog though.

Check out the Megaman collection background: 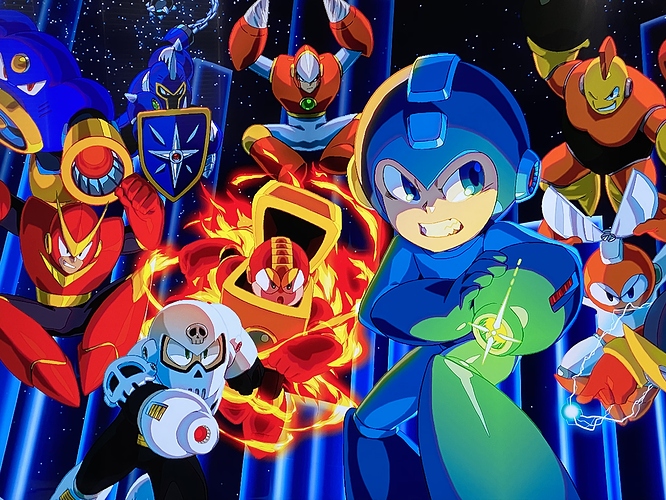 I find megaman really hard in general. Really wish they would make a reboot of the series. I think the IP is strong and it’d be cool to see a more modern spin on it. Megaman Legends is something that a lot of people online harp on about being amazing. I never played it myself but I always liked the art style and the idea.

From a mod POV- I didn’t delete it!

It is a mystery. I don’t see any record of it being deleted, or ever existing in the first place. Does anyone know who started 3.0?

There is no record of 3.0 in deleted or past topics. This is really weird. I remember it existing.

Wait, I just found it! It was deleted when OP deleted the first post. Okay, mystery solved. Carry on!

I think game-related achievements are proof of abilities.