Top psychologist: IQ is the No. 1 predictor of work success—especially combined with these 5 traits 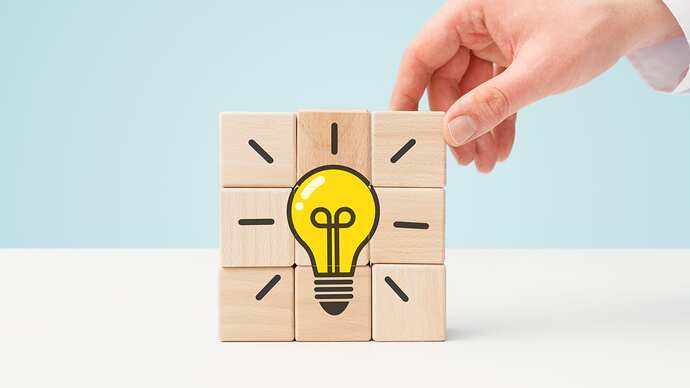 Top psychologist: IQ is the No. 1 predictor of work success—especially...

Does a high IQ definitely set you up for more success down the road – be it in terms of career advancement or higher salaries? The answer, essentially, is yes, according to researchers.

This must mean I’m an outlier.

I always learned from Goleman’s book emotional intelligence was the key factor.

Anyway, I’m not into the obsession of ‘success’.

My iq beats your iq.
But my heart is community property.

I have apparently a higher than 99% IQ in some area of intelligence. But everything fails. So i call bull… I wish it were that simplistic. Probably.

Ive known some super smart illiterate people. So i think its nonsense created for the subjugation of troublesome people. Most high IQ people seem to be psychopaths. But i might be wrong.

I do good in IQ tests and university though suck in simple life tasks so its useless. I would say that my car is the sz cognitive symptoms and the fuel is the sz negative symptoms. I have no fuel in my car.

Two goats are eating grass in a 200 square meter field.

The farmer sleeps 9 hours a day.

How many hours did the chicken sleep?

I don’t know though. Maybe to become a leader up the ladder one needs to have a certain IQ profile, but then it depends how one defines work success. Many people don’t want to be leaders or have the responsibility it entails. If it’s holding down a job and doing it well I think it’s more about honesty and dicipline than IQ.

I have the IQ to do well, but that’s negated by gossamer thin self confidence/relatively poor organisational ability and relatively poor social communication skills/. Added to that I’m very socially anxious and don’t perform well when under pressure/stressed. To top that off there’s the bullying related trauma that has put me off .getting better qualifications.

Most high IQ people seem to be psychopaths. But i might be wrong.

Yes weird article but very interesting too. I think I read it a while ago. (Also Bruce Charlton when I was curious about IQ. And exceptionality). I mean the writer of this Sidis article etc states that high IQ in these terms extreme have a psychopathic personality. Yet it seems Sidis was disinterested in humans enough that he pursues other activities. I read some article a while back calling ‘rational empaths’ (economists) basically psychopaths. A person told me about Celia Green. I’m thinking this person was taking the piss out of me. I read her books. Just still confuses me. I feel for her strangely. Her life story. Similar to Ayn Rands we the living. Yet I don’t in the sense that I think of certain theorists and supremacists effects/disregard for/upon other life forms… it’s a weird dichotomy. As I can feel, think compassionately for such persons. Whilst perhaps they can’t for me? Or my ancesters.

And at the same time I was made aware of the profound disability induced through herd like actions and behaviours from ‘commonality’ (to be reductive) upon those considered exceptional. Also I do feel for you too. From what you have written. Though I just don’t want to belittle other lives that arent clearly showing abnormal behaviours. But perhaps I should? I kind of am confused by ideas of whats intrinsically normal, human, communality. And what won’t spare us of notions of communality. (Given histories of long durations of mass subjegation ruled by supposedly high elite persons with certain abilities and ‘advantages’). Certain doctrines, influence, reification… and the posing of ‘survival of the fittest’, else right to rule (philosopher kings), enigmatic(?) Eugenic theories, will to survive (in spite of the hopeless)… i dont know seems alot through history varies and repeats in forms of certain hierarchies that confirm notions of advantage with no baring of responsibility for how evolutionary processes seemingly churn out mass subjects.

Clearly there are exceptional lives but does it have to be that such as these, have to be concieved as, only intellectual smarts, that, have to be reliant on phenomenal IQ? I mean I am thinking of the book Narsissus and Goldman here… what is the gifted way?

I appreciate the depth that might just not be a communicable experience in the sense a high IQ person may experience the same and seeks to record his/her events of perception; of someone going out on a boat and catching fish. Say. And coming back home after an arduous dangerous journey to give loved ones some food, and tell his tales of journeying in his life.

Or the effect of a man saving a life at sea, losing his own, despite having a family of his own…

Or a poet who cares about such ‘common lives’.

Each to their own. It would seem.

Not that my opinion means much.

But I would like to think there is something considered distinctively negative in psychopathy. I mean it is related to the destruction of someone’s valuation upon their having a life at all. Whether thats concern to the psychopath with considerations of their self. Or impact of profound levels of destruction, disharmonious perhaps to a greater degree…

Though i get ingenuity can be responsible too.

Just some thoughts. Clearly there is black and white and shades of grey. And i’m not saying I get it either.

(Also Bruce Charlton when I was curious about IQ. And exceptionality).

of someone going out on a boat and catching fish. Say.

My mother’s maternal ancestors were fishermen from the NE of Scotland.

Yes I am thinking of people in my life i’ve known too. And how much they meant to me.

And how much they meant to me.

Sorry to hear that.