The bones they are a chillin!

Like gawd. I’m a lightweight when it comes to weather because I live in the semi tropics. We have two seasons. Summer and winter. A month ago I’m walking around the house in the day without a shirt on because it’s balmy. I’ve air con on at night…

Well we just got a cold spell. We don’t really get much colder but this morning it was like 8 degrees C or it tells me 46.4 degrees F. It’s now 13 degrees C and it’s afternoon. We don’t get much worse than this and it’s hit me hard. I’ve done 17,000 steps much jogging on the spot but no weights today because the bloody garage is unpowered and cold as…

Tomorrow I’m going hard and just doing it but gawd. The change from 20 degrees C to 8 is absolute rubbish…tomorrow they are saying 5! haha. WTH!

We get down to 0c in winter here

I don’t suffer with the cold much, I actually kinda like it

The only thing that makes it unpleasant is wind chill

Heat is our enemy in the UK, as we don’t have air con

When it hits 30c+ being indoors or outdoors sucks!

Gawd…We are polar opposites as they say. I do well at 30 degrees C. It gets uncomfortable at 33 plus over here…humidity will kill you though if your not used to it…All’s I know is it’s been nuts all day. So bloody cold haha.

The only other thing about when it hits 0c is that the roads become very dangerous.

When I used to commute by car, whenever there was ice, always accidents that almost double your time to get in

Don’t even get me started on travelling in snow!

I know what you mean @rogueone. I live in Brisbane too. My partner and i are both rugged up on the lounge. Trying not to use the heater so we dont get a huge electricity bill.

When I first moved to New York I was from a part of the US that doesn’t get below 30 odte . I thought NY winters were awful! Routinely see under 0 f. Now I am used to it and will run To take trash out in the teens or lower with no jacket.

When its not getting colder than this, this winter i am “cool” with it. I got a small oilheater that takes the chill out and i wear warm clothing inside. During the day the shower is hot and i go once a week to the pool with sauna. I get a huge loan paid off this winter. Its terrifying how expensive it is to be poor, but this is something i look forward in the rainy cold 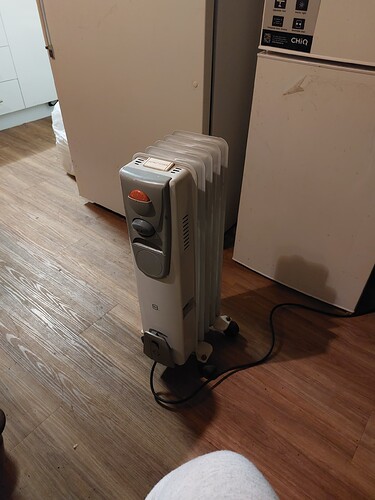 Yea here in Canada it gets to -30 to -40c during winter and sometimes during snowstorms it gets colder than -40c. We had to install an extra heater in our house when it gets cold like this.

Yea I’m from Canada too broskk!

Much prefer it to be too cold though, over too hot. I hate sweating from my arm pits and getting my shirt wet and having to change it. That doesn’t really happen in the cold.

When it’s under 30 F I generally put on a knit cap outside and pull it down over my ears.

I didn’t know it ever got cold in Australia to be honest!

Yeah we have a small snow fields and Tasmania is cold more like England they say.

I’m the opposite. I do well in heat. 30 degrees C plus is toasty and it’s like the cold I guess. You get used to it. When it goes the other way it’s painful and it doesn’t get much colder than it did today. 6 degrees C to wake up too!