Because sz has 1) presented to observers since the late 1800s as a “splitting” of the ego into polarized, oppositional “systems” of beliefs, emotions and behaviors, 2) been observed in so many multiple and mass murderers of late, I have been wondering…

The hundred or so sz pts I have been able to observe here and elsewhere confirm all that I have read about sz behavior being at the two ends of the socialized and normalized spectrum vs. more towards the center. Pts are either 1) repressed, hyper-inhibited, self-suppressing and behaviorally “compressed” into extreme reluctance and anxiety about trying one thing or another… or 2) hyper-EXpressive, dis-inhibited, under-suppressing and behaviorally “volatile” with “explosions” of seeming frustration and hostility.

I am wondering now if this flip-flopping is what we saw in James Holmes, Dylan Kliebold and others who were so often seen by friends and neighbors to be of the first collection behaviors listed above.

What do you experience in your own behavior? Other comments?

What do you experience in your own behavior?

I never got violent, but had violent thoughts, uncontrolable thoughts. Glad that’s over.

I do not see these two behaviors as extremes, such that one has to posit a flipflopping attitude to account for them both occurring. If you observe that social rules are typically tacit, and that the average person who follows them cannot even articulate them, then obsession over them - which I take to imply that the rules become explicit - may point not so much to a strong inclination to follow them, but instead reveal that they have become an issue for the person in question, opening up the possibility of rejecting/violating them.

Not sure I understood all you wrote, but my son used to be very charming, relaxed, very accepting of everyone-even when ill.
In the past 5 years, he has become angry, menancing to others at times, and very aggessive, verbally and physically abusive at times.

@notmoses, it’s a given that you have heard that as a whole, people with schizophrenia are no more likely to get violent than the rest of the general population. Personally, I was diagnosed with paranoid schizophrenia in 1980 at age 19. During my first year of my illness, I was unmedicated, and doing a few drugs and drinking. But even with those risk factors my only violence was throwing bowl of cereal at a guys face as hard as I could. And I missed. That is my only violence in 35 years.

I’ve been angry and I’ve turned that anger on myself. Never been the violent sort. Can’t relate to the folks on the news who allegedly share my label.

I have been hurt and I have hurt. I have thrown a guy through a window, and been in many fights. I knocked a guy out cold a couple months a go. I have been sober fron drugs over a year but still might have anger issues from being a dry addict.

Before I was introduced to the hardships of going with out and not living with my parents , I was the opposite, a introvert playing video games eating and sleeping all day because I was paying for nothing. I used to be a "SOFTY"

Still even though I am now an experienced survivor, that does not make my symptoms much easier.

Now I’m trying to control my anger. Before , when somebody tried to punk me, I would bait and escalate the confrontation with my words and body language and talk ■■■■ calculatively waiting for the right moment. I would come to blows with the advantage usually with me coming out on top unloading all my rage on the mother ■■■■■■.

Never hurt any living thing unless its an insect is my personal ultimate rule in life. If a spider walks into my place I’m sorry buddy I’ll make it quick no suffering but ur getting squashed. I’ve wanted to try boxing or martial arts though sometime for “controlled violence.” I just don’t get how someones mind could ever get to the point where they want to grab a gun and shoot a school or a church or movie theater. Nor do i understand how peoples beliefs such as religion could push them to commit genocide. Everytime I hear about a shooting I’m like “oh great the news is gonna go heavy on the mental illness,” and make people with mental illness trying to just get by and live a decent life, look like monsters. Also killing another is pointless because we are all walking dead people anyway. I have however commited acts of extreme violence on myself.

I’ve been on the receiving end to, I almost died for being an overinflated ego wanting to challenge and fight people I tgouht were trying to do something to my reputation. I was stabbed years back at the age of 21. Taken to the hospital and have been well but I still have the scars .

Once you start winning its almost like a new drug or bloodlust that maintains your equilibrium or gets you hi and you have to keep getting at it like a sociopath and make it happen. I am desperately trying to control my anger now because my schizo symptoms get me all messed up and all the anger and purposefully pent up frustration is a burden not to many people can take for long periods of time with out some sort of reward or gain via money, women, respect amongst friends you wish you had etc…

Now. my main goal is not winning physical fights although i do still try to stay sharp physically speed wise and mentally sharp.
MY REAL MAIN GOAL IS MY OWN UNSCHIZOFIED SANITY.

I went ‘nuts’ a couple of days ago and had some violent thoughts but they weren’t even the sort that I was planning to carry out. I was thinking what I would do if C cheated on me and had violent thoughts (about as violent as force ably shaving the other woman’s head and keying his car but nothing worse than that) but even those weren’t serious enough thoughts to warrant my trying to get myself put under some sort of lock and key. My frustration and anger gets turned inwards. That episode is the only time that has ever happened to me and I think that was more bipolar than anything else. And yes, I am seeing my therapist and dr Thursday.

I do repress a lot though.

my head is filled with violence… .

but it has lessened over the last year…
thanks to cbt and this forum.

But this is not about that. This is about the sz who is violent. (Perhaps you would like to meet me just up the road a bit in Atacadero, CA, and see what the violent sz is like.)

Atascadero State Hospital (ASH) is located on the Central Coast of California, in San Luis Obispo County, halfway between Los Angeles and San Francisco. It is an all-male, maximum-security facility, that houses mentally ill convicts who have been committed to psychiatric facilities by California's courts. Located in the city of Atascadero, California, it is the largest employer in that town. ASH opened in 1954, as a state-run, self-contained public sector forensic psychiatric facility. It is en...

This is where they used to threaten to send us when we acted up on the psyche ward.

Napa State Hospital is a psychiatric hospital in Napa, California, founded in 1875.[1] It is located along California State Route 221, also known as the Napa Vallejo Highway. One of California’s five state hospitals, Napa State holds civil and forensic patients in a sprawling 17 acre campus. Criticism has been given by California’s unions due to extreme patient violence and assaults on staff/patients.

I have been hurt and I have hurt.

Likewise. I attacked several people when I was mix-dx’d as depressed when I was actually bipolar, and given exactly the wrong medications (anti-Ds). I have done anger-management deferments with an MS/CCP hanging on my wall. Likewise, I have done county jail time for the same reasons.

When I found out what anti-D’s can do to bipolars, I got off of them. I also dug and dug and dug until I finally found a psychotherapy that actually produced results. And discovered that I had two very good reasons to be rageful: truly awful parents I thought were “normal,” who battered me physically and emotionally throughout my years with them. I finally fired them both forever – after four consecutive therapists had suggested as much – when I was 44… but that’s another story… AND it is NOT the one that dealt with the anger. 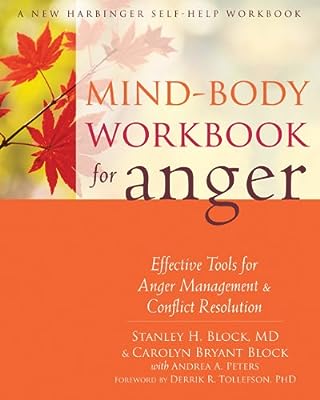 Do you have trouble controlling your anger? Have you lost friends, loved ones, or even found yourself in trouble with the law because you regularly lose your temper? If you have tried regular anger ma ... 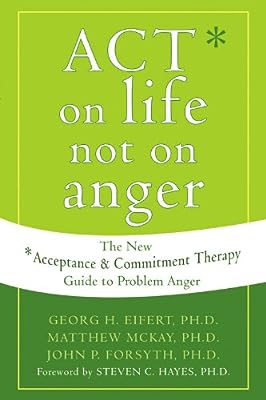 ACT on Life Not on Anger: The New Acceptance and Commitment Therapy Guide to Problem Anger

Drop the Rope in Your Tug-of-War with Anger If you've tried to control problem anger before with little success, this book offers you a fundamentally new approach and new hope. Instead of struggling e ...

and an earlier version of… 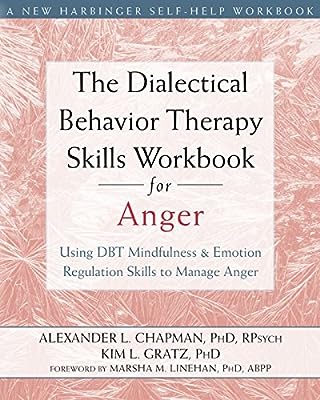 Do you struggle with anger? Is it hurting your relationships and holding you back from living the life you want? This book offers powerful, proven-effective dialectical behavioral therapy (DBT) skills ...

I am still not “anger-free,” but it’s 1) waaaaaaaaaaaaay more manageable, 2) far less likely to reach the levels of expression that it used to reach, and 3) much briefer and less intense.

Yes; I am familiar with NSH, and in fact with then entire CA system. Because I have been in several of those hospitals to have a look-see. Knowing that they are there is one thing. Having seen what goes on in them with one’s own eyes is quite another.