Now, there’s a game for ya!

I heard a quote awhile back that made me laugh.
“Screw me once, shame on me, screw me twice, IF I like it”

Sounds like my teen years…Not sure whom was doing what to whom though.As the rules where made up as I went along.

Im not sure what’s the thread about but thought this would be appropriate.

The goal is to ignite you and then move on

Yes that seems to be the dating scene nowadays. Hookup culture…I don’t want anything to do with it.

I remember last summer a nice, attractive guy coming up to me. I was apprehensive at first, but he said all this stuff about how he’d seen me walking on the other side of the road and that I looked beautiful so that he had to stop me. I thought maybe he was different from all the other skeezes who try to pick me up. We talked for a while and he asked me out for coffee but I was busy that day so I gave him my number so we could keep in touch.

Then he texted me late that night asking if I wanted to come over and “watch TV.” I realized I’d been duped, was very embarassed I’d fallen for those dumb lines and promptly cut off all contact with him.

I think you best luck to finding a good guy is going to some type of social meeting for a hobby that you enjoy. Then if you meet someone there the two of you will have that in common so you can get to know each other through the hobby. Or maybe you could meet a good guy in one of your upper level classes. You could work on your homework together.

I just totally don’t even buy that story. Guys don’t approach women on the street unless you are a prostitute.

Ideals of good guys come from years of hanging out with scum and scammers who the woman is guilty to be involved with in sharing advice to other women.

@Daze, sometimes guys or gals will strike up a conversation with others on a path which is often crossed in commute on a daily basis. And in Anna’s case, I believe this happened on or nearby the university/college grounds. Edit: OK it did not happen at school. It can still happen though.

Still no guy stops a girl and professes his love. Nope. Doesn’t happen.

That is true. I was thinking more like work projects and such when folks know who works where at what vicinity.

Nope, they do in college. It’s incredibly uncomfortable and kind of scary even. Are you a college age girl? Because otherwise I wouldn’t expect you to have had that experience.

You just seem determined not to like me. Ah well.

Yeah. I have issues that I need to sort out before I’m ready for a relationship now though. Doesn’t stop me from wanting one but I know it would be irresponsible of me.

Which is also something I should have thought of before I carelessly gave out my number to a stranger…ack.

Still it’s really difficult for me to even meet guys. I’ve lived in an all girl dorm for the past 2 years, and really have no interactions with guys at all. You’re right though joining a club or something would probably be best.

You are just obviously not to be trusted if you fear a guy on the street. Please go away. Yes I don’t trust you

I’m not going to give up a website that’s been of great help to me just because you seem to hate me based on assumptions you’ve made.

It is intimidating to be approached by random guys at times, depending on what they act like. That nice seeming guy wasn’t scary, but there have been some real creeps and sometimes there aren’t many other people around when they approach. Though yes I agree I get overly scared when it’s probably no big deal. I have issues and I realize this.

Again, as I am assuming you are not a young female, I wouldn’t expect you to understand.

I’ve never spoken poorly or rudely to you or anyone else on this site. I just don’t understand your feelings but I can’t change them so I won’t worry over it.

What does young have to do with it that only young people are attractive as you supposedly are?

Sociopathology is not schizophrenia.

Again, I don’t think I’ve done anything that warrants your beratement. I acknowledge you don’t believe me. This changes nothing.

Also again, I am not schizophrenic. I was diagnosed with a nonspecific psychotic disorder and an anxiety disorder. Just because my experiences have been different than yours does not mean you can invalidate them and does not mean I am lying. This is off-topic to the thread and I don’t want to derail it so I’m leaving this discussion.

I’d like to get past the (self-indulgent?) concerns of the seduc-ed and abandon-ed and look into the motives (a.k.a. “functional assessment of behavior,” see http://cecp.air.org/fba/) of the seduc-er and abandon-er. For a reason.

Because I have seen a whole bunch of examples of what happens to those who are trapped in co-dependent shame when they need to deal with the anger under the shame… and the fear under the anger. Those who are willing to consciously experience their shame, anger and fear tend to become less depressed, anxious and manic. (Ask me for evidence if you like, but prepare to be deluged.)

Regardless of how far we think out culture has come with regard to “sexual equality,” the facts make it clear that the sexual abuse of female children is widespread (see http://www.nsopw.gov/en/Education/FactsStatistics?AspxAutoDetectCookieSupport=1). Freud saw it in 1895, but the Powers That Be in Vienna forced him to recant. Alice Miller, Diana Russell and Judith Lewis Herman saw it 40 years ago. Thousands of law enforcement and mental health professionals have seen it since then.

I have seen it up close and personal in two spouses and four other intimate involvements. And dozens of others I have listened to with my own ears after witnessing their aberrant behavior, their horribly uncomfortable emotions and their delusional thinking. As well as their baiting and biting, typically from late childhood or early adolescence onward.

Rather as Michael Douglass’s characters were compelled to do in three different motion pictures in the 1990s with the characters played by Demi Moore, Glenn Close and Sharon Stone, one needs to be on the lookout. And to ask questions.

Because another mountain of repeatedly corroborated research suggests that almost one third of all females in the US have been molested or incested in some fashion, and about one quarter of them are baiting and biting… some quite viciously. 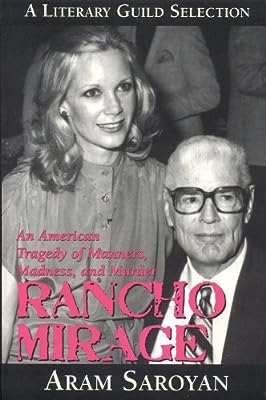 Rancho Mirage: An American Tragedy of Manners, Madness and Murder

This is one of the strangest true-crime stories ever written: a story of murder, reported rape, abduction and multiple personalities. It contains all of the ingredients of a chilling page-turner. Saro ...

That’s something my female voices in my head did from the beginning. I was willing to practically do anything to have them come to me and all they did was screw my head up.