A rabble-rousing patient on a psychiatric ward is brought into a room and strapped to a gurney. He is being punished for his defiance of the head nurse’s sadistic authority. As he lies fully awake, the psychiatrist and other staff members place electrodes on both sides of his head and pass a quick jolt of electricity between them. Several orderlies hold the patient down while he grimaces in pain, thrashes uncontrollably and lapses into a stupor.

This scene from the 1975 Academy Award–winning film One Flew Over the Cuckoo’s Nest, starring Jack Nicholson as the rebellious patient, has probably shaped the general public’s perceptions of electroconvulsive therapy (ECT) far more than any scientific description. As a result, many laypeople regard ECT as a hazardous, even barbaric, procedure. Yet most data suggest that when properly administered, ECT is a relatively safe and often beneficial last-resort treatment for severe depression, among other forms of mental illness. 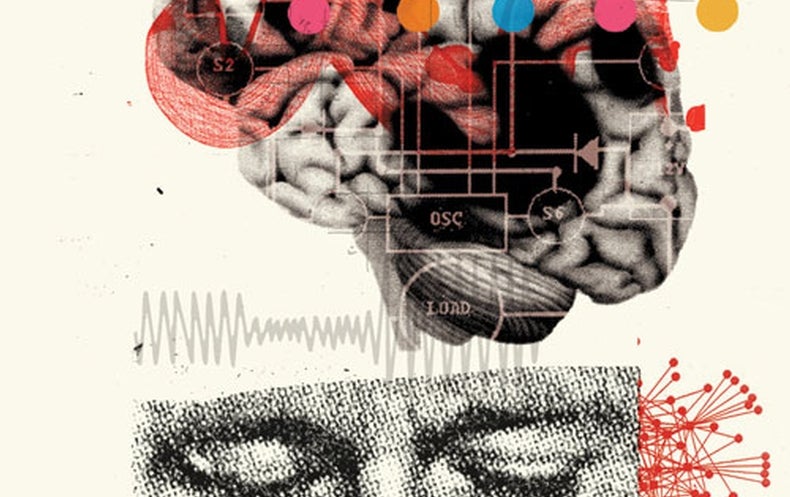 The Truth about Shock Therapy

I got ECT done a while back. I didn’t know much about it. I didnt know about convulsions or anything. Anyway, the ECT lifted my mood, but it didn’t do anything for my schizophrenia. Sure, I don’t even know if it is meant to treat schizophrenia or psychosis. Maybe you can enlighten me? And in what way is it meant to treat these illness, like what does it propose to do…

I know nothing about ECT. Hopefully someone else can answer this.

I’ve been receiving ECT treatments for two years for my schizophrenia. It’s the only thing that has helped. It brought me out of a pretty severe state. My old pdoc that recommended it said they thought it woke up dead neurons in the brain. I remember after coming out of the hospital after the initial treatments I was waiting for my mom outside of a store. A cop car drove by and I started to cry because it was the first time seeing one and not being paranoid that they had followed me or stole my thoughts. I did have a bad experience in the beginning. I woke up while the muscle relaxer was still in effect and was paralyzed. Because I couldn’t control my breathing I thought I couldn’t breathe. That actually happened twice. My therapist thinks I have some PTSD from it which is why it terrifies me so much. I did a session with her of trauma therapy. I’m going tomorrow for it so we’ll see if the therapy helped. My pdoc doesn’t want to change my meds until I start getting treatments again (I had stopped for a few months because of the fear). She only gave me a limited amount of Klonopin for the treatments because she wants to see if the Lexapro will work.

This is a tricky topic for my family. I have an Uncle who is Paranoid Sz and it’s come to light that many years ago he had unilateral ECT. My Aunt reported very positive results. My Uncle said it went Ok.

My brother had bilateral ECT and my parents were mortified by the memory wipe and the very negative results.

So I guess it’s a lot like meds, what works great for some doesn’t do so well for others. Plus my brother was at a different place developmentally at the time and they were trying to untangle a drug addiction from the disease. So there were many factors in play for my brother. What ever happened to him, he’s terrified of going through that again.

Without ECT I would never come back to normal life cause at least it made me less paranoid and I started to take my meds regularly and even before that my meds didn’t work. I have had 2 *12 session of ECT and I completely recommend it for one who needs it.

I know someone whose gay and was given ECT. Then later he went to therapy and found out he was molested. He also said one of the therapists he was once given tried to confront his sexuality.

My mom claimed to have had ECT many years ago, and I’ve yet to know anyone to confirm that. She’s so defensive and anti-psychiatry that it gives people the wrong impression. Her parents hospitalized her when she said she was given ECT. During that time she was also claiming that her father abused her as a child. I didn’t know her parents were the ones who signed off on it.

But I do recall my grandpa’s voice on the phone saying they had “found her” and she was at a bus station. But he told me she tried to kill herself by slitting her wrists. This really confuses me. That’s why I am opposed to ECT. When I was a child I had visions that she was being abused and in a straight jacket. She wasn’t put on medication when she was released after over a month I believe, which also makes me suspect she was coerced into ECT.

She’s tried to overcome her illness and since she was so hurt in the hospital she wont see a doctor.

Thanks for bringing this to our attention!