POLL: would you choose not to have schizophrenia?

here is a video that was just posted by a girl who posts informational videos regarding schizophrenia (you should check out her past videos), where she asks some people what they would choose. interestingly, she herself chose to not have the disease, but most who she asked said they wouldn’t change it 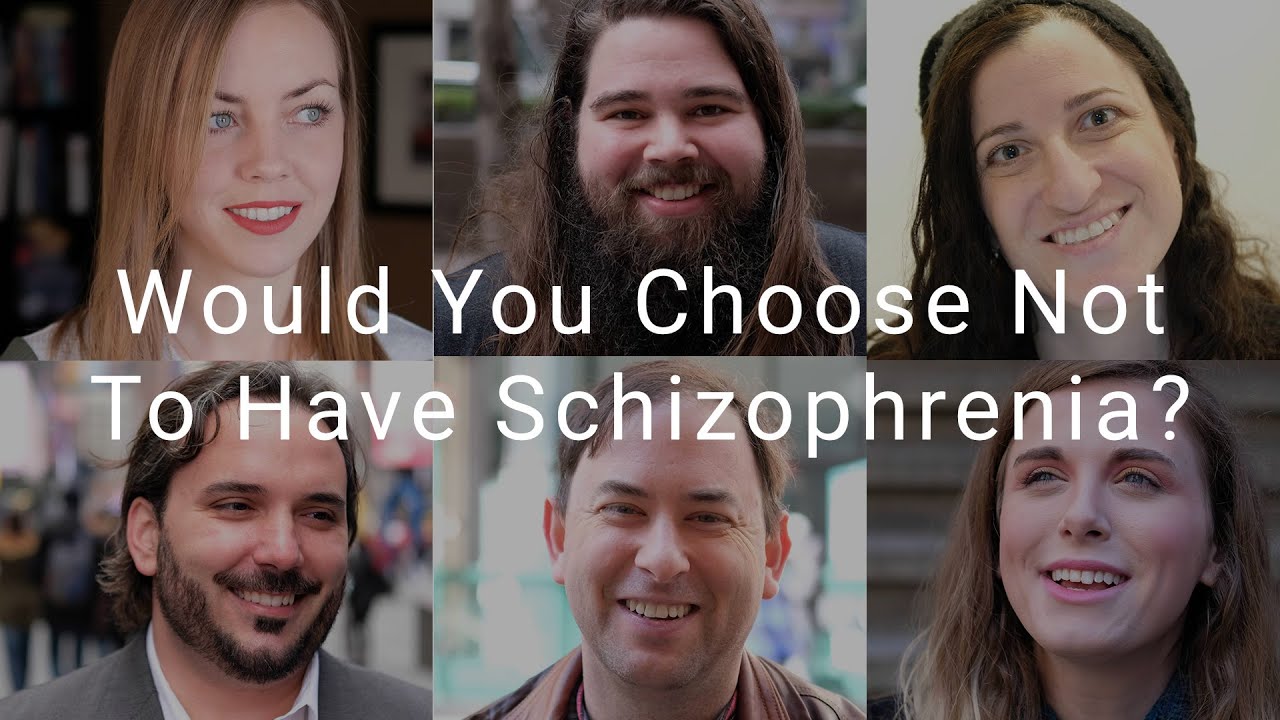 Who in his right mind would choose to have schizophrenia? Really?

Only if I was psychotic and believed that having sz would inform me on what aliens are up to.

I am a little vested in the voices but I would totally love to turn the volume totally off at will.

I really want to tell :35 guy that you can be an empathic person without the illness, but I know he’s coping and he’s chosen acceptance and hes just trying to embrace his identity and now its part of him.

I just … I just want to smack him and say no, of course you don’t this is an illness, with very few redeeming qualities. The fact that you get to be crazy like you’re on drugs every now and again for free, doesn’t out weigh the negatives of it not being by choice.

I already had OCD to deal with, so adding schizophrenia just turned it into a nightmare. So yes, I would choose not to have schizophrenia. And for the most part, I like her videos.

Also, I would never choose to take antipsychotics. They’re not fun.

This is a stupid question as others have made clear.

I would however recommend watching some of the living well with Schizophrenia videos on Youtube.

I only have one problem with sz.If someone explained to me when I was younger what it is and how I should live with it,it would be blessing.
I had full time job while ill for five years after diagnosed,and no problems with having it except some delusions I keep to my self.
I’ve met wonderful people with sz and have friends now.

I don’t think we’re saying that enduring schizophrenia isn’t a good learning experience…but its like asking do you want to recover from having a brick in the head, or never had the brick hit you in the first place.

Why would anybody choose to have schizoohrenia?

I too dont understand why people take lsd

LSD is one of the most fun drugs to use imo. For sane people.

if i had a severe case i wouldn’t choose to keep the disease. but my history with it is pretty sanittized. the first time i was hospitalized i was already at the doctor’s when i went kookoo and there wasn’t much risk to me. the other two times i was sane enough to go with friends or family to get attention. as it is now for me, my hallucinations are very minor, and my delusions are controllable. i dont have much negative symptoms. the disease makes me feel unique. it changed my perspective in a good way on the mentally ill and made me a better person in general. also, since it was all so sanitized, it was like a controlled drug trip. if drugs weren’t dangerous, i would do them too, for the mind alteration. but mainly, since i’m able to hold down a part time job, ive grown accustomed to my lifestyle on SSDI. i mean if i didn’t have sz or mainly my very dibilitating anxiety, i could make a lot of money on my own too, but it would be a struggle that i dont want to deal with. my current lifestyle is an acceptable alternative.

I would choose to have schizophrenia, because I think I needed the life experiences I had to become the person I am today, and I like who I am today. Now, if I could be cured tomorrow and never have to worry about it for the restof my life, I might choose that too. But I wouldn’t go back and change any parts of my life.

Why in the ■■■■ would anyone choose to have schizophrenia?!??!

For god’s sake it’s true. Why on earth would anybody want this deadly disease.

+1 on what ninja said

I read question right.It says would you choose not to have it.How can you choose?
I said next question is right “Move on”.My choice.
If someone asked would I like to have my hip replaced on other leg,which is Fixable,I prefer not to go through that hell again.But that is life.Cards are given and deal with them.