Smoking marijuana over the long-term can develop cancer and doubles the risk of developing schizophrenia, a new study has revealed.

The 20-year research study conducted by Professor Wayne Hall, an adviser to the World Health Organisation (WHO), belies assumptions that cannabis has no negative side effects.

Long-term use of marijuana can cause cancer, bronchitis, and heart attacks reports Hall’s paper, published in the journal Addiction. 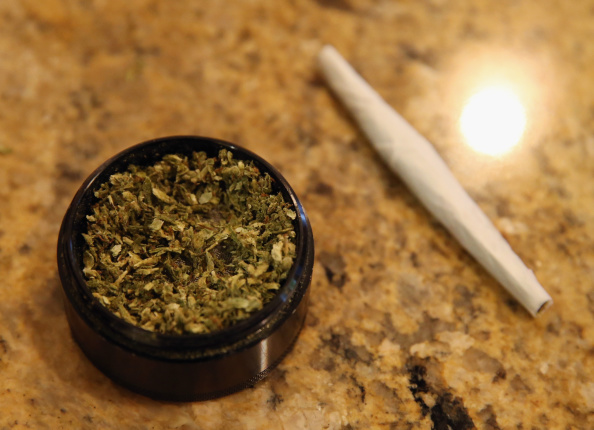 you know i wish my “illness” was because of smoking marijuana. that way there would be no problem but i think i was too old for it to have caused my voices or my breakdowns. it certainly didn’t help my state of mind whilst smoking it but i know it’ not the cause. shame really if it was i could’ve accepted it and moved on but scars and lovebites don’t come from nowhere, shame. sometimes i wish i was a schiz. then i would be free to do whatever i chose in life but i know that’s not the case unfortunately. never mind. good post for others though. xxx

4-Smoking marijuana and drinking wines for long time do not CREATING the cause of sz,
but they decrease “reduce” the defensive ways of the psychological component
and the biological structure against the sz impacts in the case ot its occurrence for the person,so that the antipsychotic have high effect for people who do not smoking marijuana,while it have a bit effect for smokers

Correlation is not causation. Marijuana does however make you susceptible to experiencing hallucinations. If I had never smoked weed I might not be schizo so it’s different case to case. Some people smoke we and chill out. I smoked weed to start thinking. I thought about everything including telepathy and that is how my delusion and hallucinations start. Marijuana was a major player.

it triggered my psychosis a few times…a nightmare drug!!

cannibis weakens all brains!! no douth!!

Does that mean it worsens schizophrenia if you already have it?

I’ve already decided to quit smoking, because mainly it’s making me feel sick. It’s also making it more difficult to know what my symptoms are because it’s psychoactive.

Long-term use of marijuana can cause cancer, bronchitis, and heart attacks reports Hall’s paper

My uncle told me that right before his heart attack he smoked a joint. It’s amazing because most people think it’s a safe drug. My illness started before I tried any drug, but it seemed to get worse after years of smoking pot every day. I don’t know if I would have gotten worse anyway or if it was all of the drugs I have done. More so than the pot I think the wet, PCP, probably made me worse. Even if I could go back I don’t know if I would have made different choices. The drugs served as major coping skills at the time.

Marijuana is used as an antipsychotic already in Colorado and Washington…marijuana is benign and cures cancer too.

you can not make schizophrenic head “hallucination”,even if you smoke
an acre of marijuana trees,because;
1- there are a different between the
main characteristics of hallucination of sz and other of marijuana

SO THAT
=if the cause of sz has makes performance any function " like produce vocal sentence ",
=the degree of attention will be increased by a rate equivalent the work done by the cause

thus,what is the impact of smoking marijuana on the brain ?
How can deal with the action " work done "of sz cause ?

marijuana is benign and cures cancer

Citation from a reputable source?

Cannabis has been making a lot of noise lately. Multiple American states, along with many countries around the world, have successfully legalized medical marijuana, and Uruguay’s parliament recently voted to create the world’s first legal marijuana...

And no, you won’t find this on CNN. Big pharma owns them too.

As a side note, I do believe that marijuana and other psychedelics should be contraindicated in psychosis.

ok cannabis does not cure cancer. if it did there wouldn’t be such thing as cancer because they would use it as a cure.
cannabis smoken regularly from a young age can BRING ON psychosis in a young person already genetically PRONE to mental illness a parent has a mental illness et etc.

I don’t have much experience with cannabis. I smoked it a few times as a junior in high school, and it made me so paranoid that I thought the cops knew I was smoking it and were coming to arrest me that I hid under my bed for 5 hours. Not something I want to repeat. I’d rather take my chances with my medication which has quantifiable results than cannabis/THC/CBD.

Thank you. I think that sounds like a bunch of baloney that cannabis could cure cancer! BUT saying they would use it as a cure if it was true, doesn’t mean a thing because in my opinion, I think there IS a cure for cancer, we just haven’t been privy to it. Can you imagine how much money doctors and pharmaceutical companies would lose if a cure for cancer came out? It’s there. It’s a conspiracy. Haha! And I’m not schizophrenic or paranoid. It’s just what I believe.
Also, I do believe in the genetic link/smoking weed bringing on schizophrenia, but you have to have the gene, and apparently from what I understand this is only true for males??