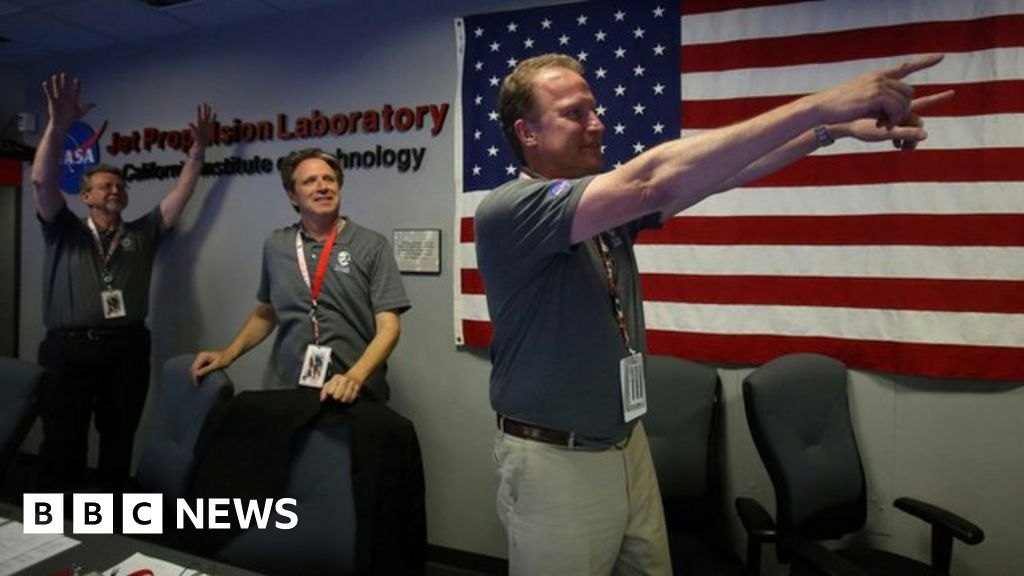 The US space agency's Juno probe puts itself in orbit around Jupiter after a five-year-journey.

Here are some websites about the Juno mission to Jupiter: Juno will improve our understanding of the solar system's beginnings by revealing the origin and evolution of Jupiter.

NASA's Mission Juno will explore Jupiter, seeking to unlock secrets of the giant planet and our solar system.

Hmmm, I wonder how many starving families all over the world really give a sh*t about exploring Jupitor? The damn world has got it’s priorities wrong as usual

Our military budget is one-and-two-thirds-billion-dollars a day. I feel like if we had moved quicker when the old Soviet Union had collapsed and engaged in rigorous disarmament talks then we could have greatly demilitarized the world, but no one had the vision to see that.

Hmmm, I wonder how many starving families all over the world really give a sh*t about exploring Jupitor? The damn world has got it’s priorities wrong as usual

That was my honest first thought, too. But then my second thought was that I own a $2k laptop. So it’s like, I’m in no position to judge, really.

Still. The collective will is stronger and affects more than individual will.

It at least deserves to be given a voice when otherwise no one will say anything at all.

I agree with you. I just instantly had conflicted feelings lol. Ah life.

The starving families could get a job as an astronaut.

Like Lynyrd Skynrd sang…“been too much money spent upon the moooon.”