Is this life thing worth it?

Im 21 so im really young. But to the people who have had more time on this planet. Is it worth it? Are the experiences i will experience be hard and challenging but also beautiful and magnificient. Am i worth it to keep pushing forward? Or have i already lived out the best ill ever have?

Keep pushing forward @Kazuma. Of course there’s more thrills and spills to be had. 21 is only the beginning. Strangely enough I was probably really unhappy at 21. I was really happy at 23. I was ecstatic at 26. Those were the days!

Hopefully i have a similar flight path

hang in there @Kazuma. Life will get better for you, but you have to stick around to find out.

Hopefully the increase in meds will make a difference too.

But you’ve got to fight for your right to party. Keep fighting for a better life, don’t give up. This starts with having a good dialogue with your doctors. You’ve got to tell them if things aren’t going well.

but you have to stick around to find out.

Very true but thanks. Ill try to find out where this leads. I never know

Life is hard for everybody. I guarentee that you will have bad days or bad months or bad years. You can’t avoid it. But you will have those unexpected good moments too. You do not kill yourself. Everybody else faces bad moments too and they survive, so so can you.

But life isn’t all bad, you don’t quit when the going gets rough. Suicide should not be an option, it’s tragic and permanent. Everybody knows that you should not kill yourself. Look around you and you will see all the people not killing themselves and they are going through bad times too. The human condition is being miserable sometimes.

When I first got sick I had every reason to kill myself, But with some help I got better. It’s just that when you get that feeling that you want to kill yourself its because you are depressed and your perspective is out of kilter. You are not seeing things right. Your thinking is faulty because it is telling you there is no reason to live when the reality is that, that is not true.

Just don’t have too many any unrealistic expectations out of life. With having schizophrenia we will miss out on a lot, we will have to make many compromises and we won’t get everything we want. Don’t expect too much. Just accept that we got dealt bad cards. You can change that we are sick but it doesn’t mean we won’t still get a few things out of life. Many so called " normal" people don’t get everything they want either. And many so-called “normal” people have large parts of their lives that are as bad as some of ours.

After being on this planet for 54 years and having paranoid schizophrenia for 35 years and after being addicted to drugs, losing both my parents, living in poverty, suffering with psychosis for two solid years, having multiple hospitalizations, facing some bad health problems, feeling disliked, not being married etc.
Do I feel it’s worth staying alive? A resounding: YES! I would do it all over again if I had too.

I’ve been given many breaks in my life. I’ve known too many people with schizophrenia who were kinda in your shoes and I thought they might never accomplish anything only to see them years later, go to school or work or get a girlfriend .I’ve just seen it happen too many times to other people for me to give up on my life. Nope. I’ve seen so many miracles from other people that it makes me feel I can go on.

You’ll never be president of Harvard University, you’ll never be starting quarterback for the Denver Broncos, you missed out on your chance to defend O.J. Simpson at his murder trial. But you sure as hell got a legitamite chance to get a little something out of life.

Did you ever watch that movie Benny and Joon? She played cards and lost but really she won because she found someone who loved her for who she was.

Never give up, never surrender

Life is beautiful and strange

you gonna get laid again sometime

I live day to day. There are times with in a day when life is worth it at that moment . And I forget the rest of the time. Longer times in between, I guess when I wait -

21 yes there is lots of hope for you

You’re still so young, there’s a lot of life in front of you. It’s definitely worth it, there isn’t much else as worth it.

I didn’t get diagnosed till I was 29. Lot’s of drams in between.

Since then. Been married. Travelled to two countries and lived overseas for two years. I’m old now. 45 but gawdamn it’s been a god ride.

Seriously. Your so frigging young. Work with your treatment team. Work with you exercise and keep on that! It’s a full life I lead and that isn’t bad!

I think that schizophrenics are more likely to appreciate life’s small pleasures. I like to look at the park across from my apartment at night. I love the way the street lights shine on it. I’ve always loved the beauty of light at night. I feel like my life is worth it most of the time.

I’m honestly not sure yet. I do know that I am not done yet with this life. You and I are both very young. I guess in the end we have a ton more pages to fill in our books. Take care.

I’m 29 and only recently figured out how to become happy with life, but then my whole life has been a giant Stephen King novel anyway.

Sometimes I feel good and then suddenly feel crap
They say you should count blessings and I do have some blessings. I also appreciate small things 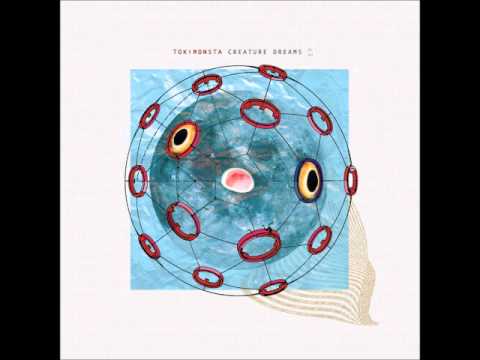 Your personality and emotions generally mature as you age and a focus sharpens on what’s most important. As you mellow a bit so do your symptoms, I’ve heard. And most certainly, your ability to love and be loved free of vanity and complication seem to resolve. Isn’t that what we all want?