I did the WAIS test during the evaluation for schizophrenia and scored about 120. The problem was that my profile was very uneaven and my scores in verbal working memory and processing speed depressed my scores. Something I’ve read is that people with schizo usually have proportionally lower (wm) and (ps) due to the disease. Perhaps I would score (higher) more evenly with medication?

The problem was that my profile was very uneaven

That’s usually indicative of something like asd,nvld or what in the US is called a learning disability/UK-learning difficulty.

I score at normal level on IQ tests. I used to have an IQ of 122 in college 34 years ago. That was before sza hit. My pdoc says my decrease is due to the years of sza episodes.

It can be indicative of a learning disability but they said at the time that there was no LDs. Besides, to know which particular LD you have required further testing but they seemed quite content with the sz diagnosis.

There are alot of learning disabilities though and I’m no expert but I can handle my life quite well without any further evaluation with the life situation I got from getting a sz diagnosis.

@Csummers, you might be a chess master and not even know it. Why don’t you take it up again and see?

I scored high in the verbal section, but low in processing speed and spatial reasoning (basically what makes a person good at math). I definitely agree.

In my case I score high in intelligence and low in social and practical job skills. And my life experiences remind me over and over again that the social and job skills are more important.

I think the whole concept of IQ is over rated. I came across one guy who had an IQ of 158 and who was totally dysfunctional. One guy came up with the idea of “multiple intelligences”. I think he said there were around seven different areas which could be measured as a form of intelligence. Then another guy said that character was way more important than IQ in determining how successful a person was. I think he called it “emotional intelligence.” Einstein believed that imagination was more important than raw intelligence. Creativity isn’t measured on most IQ tests, but I think creativity is more valuable than raw intelligence.

There are alot of learning disabilities

There was a brilliant nuclear physicist back before World War II who couldn’t drive a car.

Well there is something called asynchronous development which is common in people with high iq scores. Basically means that there’s a big gap in developmental stages of different aspects of functioning. These different levels of maturity can be social, emotional, intellectual and bodily.

Isnt a learning disability when there is a gap from the rest of your abilities in a certain area like math (dyscalculia) or writing (dysgraphia).

I don’t think IQ, means a whole lot really. I have met people that can dance circles around me, in terms of knowledge, but yet they can’t get their life together.
I think everyone is smart in area’s that they have experienced and learned from. A lawyer may know his way around a court room, but might not be able to get his car started if it fails, where a person that has always enjoyed working on cars can fix it quickly.
I guess a high IQ is only good, if you use it properly

Walla fish u are high fuctioning tho… enjoy man i like u very much …!!!

Well, diseases like sz and syndroms like downs has been known for a long time. Its easy to tell if someone has either. For example a diagnosis of sz doctors agree most of the time. However giftedness has recieved different attention than these. Most people think that highly gifted people are able to take care of themselves because of their advanced development but since its often asynchonous it poses different challenges!

I couldn’t say for certain, but probably so.

Isnt a learning disability when there is a gap from the rest of your abilities in a certain area like math (dyscalculia) or writing (dysgraphia). 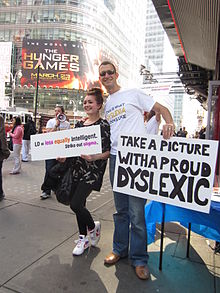 Learning disability, learning disorder, or learning difficulty (British English) is a condition in the brain that causes difficulties comprehending or processing information and can be caused by several different factors. Given the "difficulty learning in a typical manner", this does not exclude the ability to learn in a different manner. Therefore, some people can be more accurately described as having a "learning difference", thus avoiding any misconception of being disabled with a lack of abi...

NVLD involves areas of difficulty with learning but is not,as of now, a recognised DSM/ICD disorder.

Nonverbal learning disorder (NLD or NVLD) or visual-spatial learning disorder is a proposed classification of neurodevelopmental disorder primarily characterized by deficits in visuospacial processing. Additional proposed diagnostic criteria include Average to Superior verbal intelligence and decreased visuoconstruction abilities, fine-motor coordination, mathematical reasoning, visuospatial memory and social skills. "While NVLD is not classified into any distinct diagnosis in DSM-5 (Am There ...

There sure are alot of information about this. Do you have a learning “disability”?