I went out for my lunch

Had my own restaurant …

on one bench in the city park, very peaceful, every bicycle rider has also a backpack, I have a German military backpack … 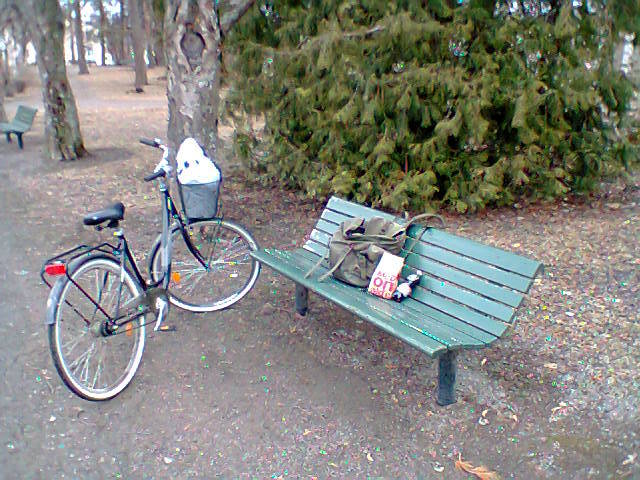 Is that from world war 2? I thought those nazi bastards were kaput

Very funny, it is the older modern German surplus backpack, but in the 2nd WW not all Germans were the NAZIs, many were not members of the NAZI party, some were, they were just ordinary Germans who were sent to fight in the Soviet Union, Europe, Africa and elsewhere, we had them also in Lapland, they were good people, although their leaders might have been evil. I read once one Soviet book how a Soviet soldier and a German soldier fought in mud, and this German soldier just said ‘if he is captured he is dead, if he runs away, he is dead.’ In the end this Soviet soldier killed this German soldier. The book was written by one decorated 2WW Soviet veteran. That is the way it was then in the 2nd WW.

Interesting history. Very different perspective from what we have here. Thank you for sharing that.
I’ve seen hipsters wearing German military clothing before and always wondered where it was from

@mjseu What did you have for lunch?

Two cheese hamburgers (1 euro each) and one diet cola (65 cents), but it was the nice environment …

Many Germans had no choice but to fight for Hitler, our German business partner, his father was such. He ended up as a prisoner of war, but thanked the American guards for taking them in because they said they were treated far better as a POW than as a solder for their own country.