I think Marijuana Cured My Schizophrenia

Now that it’s a less taboo subject, I’ve been smoking weed since I was 21 and it has benefited me in various ways. It improved my driving when anti-psychotics worsened it. It helped with thought blocking and reversed trauma or the potential for PTSD, I think that’s why my brother never had a bipolar episode and he thinks he has bipolar but never needed medication. He’s doing well. He smoked when he was fifteen I think, but kept it a secret from us until he told me, or well I found out from his friends in town lol. I love weed. It has made me feel confidence, intelligence, and chill. It actually helped me learn more social skills versus making me seem lazy, it made me more aware of things and I don’t know how to explain it, but since it helps relieve anxiety it works. I don’t get depressed, but then again I have also not been depressed when I was smoking, the only time I get depressed is when I don’t take Abilify–which also increases dopamine. I think weed is more saratonin, which is a substance I feel I lack or need. It doesn’t literally make me happy though, like some people, only the longer I smoke it the less I smoke cigarettes. It really chills me out. I mean I was able to go off Abilify for one month a year ago, remain chill, just because I smoked weed every day. I’m trying to decide if I should keep taking Abilify because I’m completely symptom free. I stopped hearing voices from smoking weed, it cured my paranoia by exposing me to minor symptoms and I feel that by exposing yourself to that, it’s like exposure therapy except for the mind and body with a plant that could be considered a medicine in some tribes. I don’t know about the politics or legalities about it, other than it brings wealth to the states who value it. I think it should be legal state-wide, and that it shouldn’t be in the hands of the government but in the hands of the entire nation. I currently share the same values as a lot of people in the world. I voted for Obama. But I didn’t know he would help get weed legal, gay rights, he’s a great President and he’s the first president I voted for. He really spoke to me in his state of the union address. I felt like it was directed at me, but I wanted him to go into more depth about more pressing issues around the world. I’m not that selfish and he’s a good president. I think marijuana is above the taboos now. Just saying. People just need to be responsible and the question is, can we trust our population to be responsible enough to have marijuana in their possession and not be subject to scrutiny or unlawful seizure, etc. I think that’s fair to say, that people should have a right to a medicine that isn’t harmful and doesn’t lead to violence or civil disobedience, because crime is a separate entity, when weed is like a cigarette, but can actually repair the brain and heal the mind. I am also thinking about moving to Colorado. But IDK, I might just move to Virginia.

you are not allowed to say this starrynight!

When I say I use marijuana I get a warning from the administrators.

Someone I know would take mushrooms occasionally as therapy to help with symptoms. Worked for them.

Starry , there’s a stat that’s doing the rounds now in the UK that 25% of first episode psychoses admissions in psych wards are marijuana implicated.

Here’s the study. You should be careful with the weed. 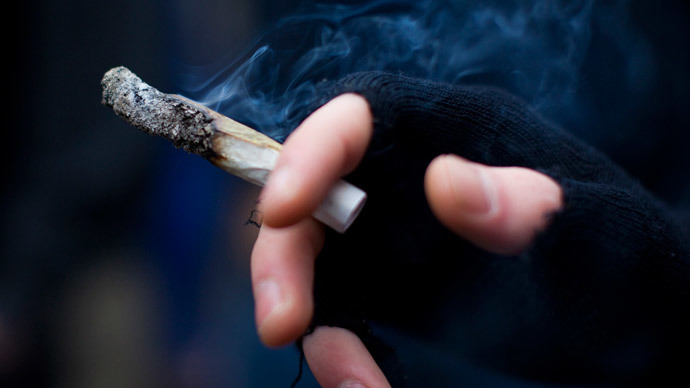 A powerful ‘skunk-like’ form of cannabis is linked to a quarter of new cases of psychosis, according to a study.

25% is a whopping percentage.

First of all the above studies are based upon the high potency “super skunk” that is available today. This ■■■■ is ■■■■■■■ strong. Ridiculous amounts of THC. This stuff is far too strong. I mean at one time I subscribed to the view that weed has little influence on the overall rates of schizophrenia. But I think the extensive meta-analysis studies backing up this view where not based on this highly potent skunk available today.

If you look behind the headlines of the study you see there was no association between the psychosis and lower potency/higher CBD hash that is common in the UK. What does this tell us? I think it says not all weed is bad and yes could in fact help some schizophrenic individuals. It can help alleviate some of the antipsychotic induced side effects. In short not all dopamine in the brain of a schizophrenic is bad.

What should happen next?

To me the solution is the legalisation and specific breeding of lower potency strains - along with the outlawing of these stupid super skunks. If the cannabis available was standardised and formualised people would know exactly how much they were taking. One caveat is that WEED SHOULD ONLY BE AVAILABLE TO OVER-25s. In my experience the adolescent brain is maybe not developed enough to survive insults from weed without longer term problems.

I’m against the legalisation of marijuana , if its delivered through smoking. Quite simple European governments are up in arms against smoking , It is being banned in public places , including bars , they are lumping punitive taxes on their sale , there are putting dramatic anti smoking labelling on packaging, they restrict advertising , they are removing distinctive packaging on cigarette packaging. Why? because Governments have done the sums , the cost for providing health care to their population is now so high as a result of cigarette smoking. Why would we introduce yet another drug whose active delivery mechanism is through smoking.

Not only this , if we were to make it legal how would we control it. At the very least its harder to transport and distribute alcohol , there are restrictions in how its consumed. A person can easily conceal and smoke up marijuana , it would be an absolute disaster if we were to legalise , a disaster.

I think Marijuana exacerbated my Schizophrenia.

My experience was the opposite of yours in nearly every way.

I think Marijuana exacerbated my Schizophrenia.

This is most people’s experience. And all the research suggests that its not helpful to smoke pot if you have a predisposition towards psychosis or schizophrenia.

Its probably a coincidence that StarryNight could be getting better or feeling better after smoking weed. Or its a short term thing and it could negatively impact her longer term.

I tried it again last year upon discovering that they had found CBD (cannabinol) to be a natural anti-psychotic chemical found in it. The stuff I smoked had THC in it (naturally) and the two affects were troublesome , but I was thinking that any anti-psychotic medication used along with it would counter the bad effects that THC has on us particularly. It was very relaxing and I was becoming psychologically addicted to it just like I am addicted to coffee in the morning, it is expensive, and I was very paranoid of having it around, because it is still against the law, and I quit smoking anyway so I probably wont smoke it ever again because the scientists say that it has more carcinogens then cigarette smoke has. I will just wait for them to come out with a legal prescription in pill form that we can have prescribed to us.

Weed gave my son a full blown psychotic break and problems for years and barely made it through high school.

Now that he is off it he graduated from a trade school and I found a doctor to ween him off of antipsychotics.

I am sure if he hadn’t done weed he would not have had a psychotic break. Doctor agrees.

Pot nearly unraveled me after I got myself back together. Maybe I got a hold of some strong stuff… but it did not do me any favors.

I’d love to see it legalized so 16 year old kids don’t get life sentences for non-violent possession charges. I’d like to see CBD be researched more and see what comes of that.

What goes up… does come down.

I thought MJ usually triggered psychosis, not cured it?

Marijuana is practically legal and there is nothing that governments can do about it. It has become the most commonly used drug in the world after tobacco and alcohol.
We all know that it can trigger psychosis but so what?

It’s most likely that my brain didn’t develop all the way to maturity because of excessive use of pot. There should have age limitations set just to protect the up and coming smart kids from trying it, because I think that those youths might try it if it were legal at such an underdeveloped age. Like our generation was named the generation that never grew up because of all the smoking we did as delinquents.

I think weed should be legalized for people over the age of bare minimum 21. It does have an effect on the adolescent and young adult brain.

I don’t smoke anymore anyways…I don’t drink either. I may as well stop caring at this point.