Hypnosis against your will, consent and knowledge

A conditioned sexual response is pretty common in abuse survivors. Being unable to remember their abuse is also pretty common. Not because of hypnosis, but because your brain protects you by not moving the memory into long-term storage. I’m gonna post some links, maybe they would help maybe they wouldn’t. But, hypnosis or not (I don’t believe in hypnosis) you clearly are struggling a lot with the possibility that someone close to you has hurt you without your knowledge or memory. I highly recommend the first link, because most other resources are heavily geared towards female survivors. 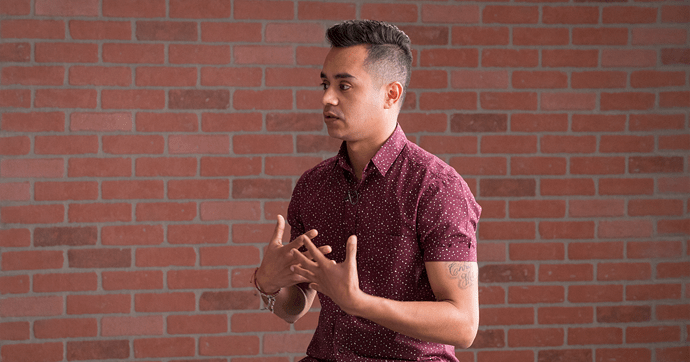 At least 1 in 6 men have experienced sexual abuse or assault, according to leading research. Read about the statistic, find helpful information, chat with a trained advocate through the 24/7 national helpline, join a weekly online support group, view...

What you’re describing, that I could be hypnotized and that everyone was in on it - major part of my delusion when I had a bad break two years ago.

I would say it’s damn near impossible for all those people to be hypnotizing you. Besides, I always heard if you don’t want to be hypnotized that no one can hypnotize you.

Isn’t that called abuse instead of hypnosis?

I got hypnotized at my grade 12 party. I became barbie whenever the music came on lol I thought I was a Rockstar.

I remember the showman told me he shot a bullet around the room and I could see it then he said it was coming for me and that I’d sleep if it hit me. So I dodged it lol. Then he shot me anyway and I went to sleep.

So more or less it was voluntary I think.

I went to this mentalist show years later and he said that we could all get hypnotized.but this time I refused right away and It didn’t happen. It happened to my friend tho and a bunch of people so they got put on stage. It was interesting to watch it as a spectator that time

I just wanted to address a couple of your concerns.

Yes, it is possible to be hypnotized as a child, and still be susceptible to an induction word, phrase, image, etc. that will put you back into the same hypnotic state, later in life.

State dependent memories can be triggered unintentionally, as they are in PTSD. When a veteran hears fireworks, and has a flashback to battle, the person setting off the fireworks is not intentionally trying to induce that state in the veteran.

It is possible that some of your family and friends actually are messing with you, if they know the induction word/phrase/action/object, and if they are the kind of people who think it’s ‘harmless’ and ‘funny’.

Schizophrenics are frequently victimized. That is an unfortunate fact.

It’s also a fact that in susceptible individuals, hypnosis has been proven repeatedly to work well, as in weight loss hypnosis, and smoking cessation hypnosis.

It’s additionally true that some people seem to have a lot of trouble achieving a dissociative state like hypnosis. This does not prove in any way that hypnosis is not a real, and powerful device for a segment of the population. Some people can’t learn math. That doesn’t prove that math isn’t real, or can’t work. Some people don’t respond well to medications for the same conditions that their neighbors or family members have, who responded great to the same medicines. That doesn’t mean the medicine doesn’t exist, or isn’t real. Some people experience a “placebo” effect, when taking a sugar pill. This doesn’t mean the sugar pill is actually medicine, or should replace actual medicine.

Along the same lines, most people can be induced into a state of hypnosis when they are unaware, or even unwilling. This is a fact. There are studies showing that people actually tend to be susceptible to subliminal messaging, for example, even if they’re unaware that it is taking place, and didn’t agree to receiving that messaging. I just read about a state dependent memory study that was done on dogs. The dogs were trained to respond to stimuli a certain way while they were in a drug induced state, or suffer a shock. When the dogs were “sober”, they had no memory of what they had learned while intoxicated, and could not perform the task. But when they were again drugged, they responded correctly when presented with the same stimuli. This was a very old study. State dependent memory is well established.

So while I think it’s probably very unlikely that everyone is in on it, I don’t think it’s impossible that you were previously hypnotized, and you can still be induced into that state, many years later either intentionally or accidentally.

If you feel vulnerable, I don’t think that disowning the people around you is the ideal solution.

Instead, you might consider taking away their power, by going to a hypnotherapist who is a renowned expert, near you. Make sure they are trusted, not just someone who dabbles, because if you are suggestible, you need to be able to trust that they will not take advantage. Then explain what’s happening, and ask the hypnotherapist if they can help you change the variables of this hypnotic state, so that you can’t be controlled by this particular word/phrase/object any more. In essence, you will be renegotiating the contract, this time as a rational adult. It’s likely this will happen either by you agreeing that only the new hypnotherapist will have that power over you, or that you will have the power, and no one else. This will neutralize the induction word/phrase/action/object, in your mind, making it ineffective to induce a hypnotic response by you, in the future.

In the meantime, you’ve avoided the excruciating and unnecessary process of trying to prove it’s true, and you’ve also avoided abandoning all of your family and friends, some of whom surely did not mean to cause you any distress at all.

I have seen elsewhere members comment that it’s standard here to not encourage the delusions of other members. However, I just would like to note that I know of at least one example of an unethical hypnotist inducing an inappropriate behavior in a child using coercive techniques, and then reinducing this behavior when the child grew up. A neighbor was witness to what happened, and later informed the victim, who then sought help from a different hypnotherapist, with success.

I would like to restate - Schizophrenics are frequently victimized.

edit: sorry, my post was in reply to the OP, @labratmat. I must’ve hit the wrong reply button!

Hypnosis can only work if your willing. If your unwilling an induction word or ‘trigger’ won’t work.

I was hypnotised by a psychiatrist and experienced it. I had all the faces from my past come into my mind it was strange. I had consented to it and felt in control although dr was making the hand movements

I had this delusion before. I thought I was being hypnotized to make me fall in love with a particular person. That people were using words and combinations of words in order to cause me to fall for a particular person. Authors and lyricists and all kinds of writers were all in on it. Scary stuff. Really hope it isn’t true

The dogs were trained to respond to stimuli a certain way while they were in a drug induced state, or suffer a shock. When the dogs were “sober”, they had no memory of what they had learned while intoxicated, and could not perform the task. But when they were again drugged, they responded correctly when presented with the same stimuli. This was a very old study. State dependent memory is well established.

this is was very educational

I don’t see it