How many of you are vegan?

I’m a wanna be vegan.

My mum and I met a woman called Sandra Kimler and read her book so why become a vegan and then we vegan together.

I was a vegan for eight months only but my mum is still a vegan and my dad does not eat much meat.

My boyfriend said I get sick and worse when I try going vegan and said he will break up with me if I go vegan.

I do not want anyone stopping me from being the person I want to be (vegan).

I love him and got better since I met him such as stopped isolating…got back in touch with family etc but I want to be a vegan.

So we might break up which could be a trigger and I don’t know how to handle that.

I know there used to be lots of vegans on this forum but I think a lot of them have stopped posting.

Anyone on the forum a vegan?

Last time I became a vegan I had a dietitian and my mum was staying with me n cooked for me but she lives overseas.

@SacredNeigh7 u a rad person.

I couldnt think of anything worse than being a vegan lol

I was a vegan for 6 years.
Now I am a vegetarian

What does this mean?

Why go vegan right away? Why not start with vegetarian so you don’t deprive your body of too many things it needs?

If your bf thinks you were worse off as vegan, you should listen to him. Often, we don’t notice the changes outselves. He’s right to be worried.
Threatening to leave you is a little extreme, but it’s incredibly hurtful to watch someone do something that makes their psyche worse, knowing they didn’t listen to your warnings

Im part of the way there but I sometimes eat meat. No dairy, no gluten. Usually no eggs or meat

im considering going vegetarian. I was vegan for 6 of the past 7 years. this year after my hospitalization I started eating meat again because I just didn’t have the support to be vegan.

it takes discipline to be vegan, but you should try it if it’s something you feel like is calling you. see if it’s for you or not instead of wondering.

Ketchup is the blood of murdered tomatoes

I used to be vegan. My husbands closest friends told me that people who are vegan are really extreme and can’t be trusted. Weird, I know. But when I realized it would affect my husbands life as well as our bank account, I stopped. I prefer vegan foods, but for me, it’s just not meant to be.

What does this mean?

I’ve thought about being vegetarian, but I don’t think I could do it.

I think it’s great that you want to eat vegan, but consider what your boyfriend is saying. If it makes you worse, maybe just try vegetarianism?

I’m a low-fat vegan, most of the time. Once or twice a week, I’ll eat meat, but the rest of the time I stick to a low-fat, low-protein diet. I do well on it, already lost 10 pounds in little over two weeks, and my energy level is good as long as I stay away from fat or massive protein. 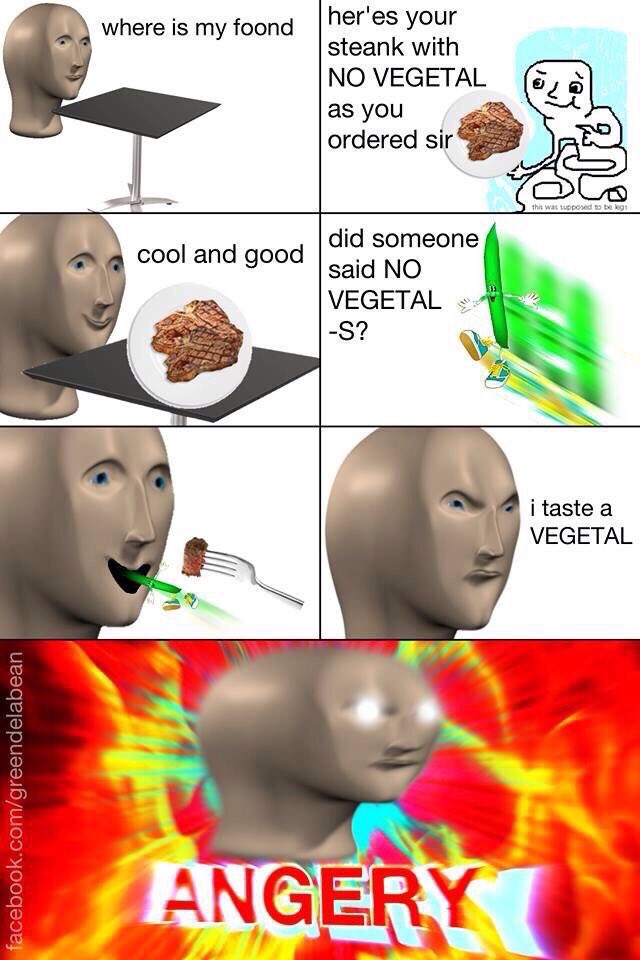 Great to read your replies.