Cbd dose to treat schizophrenia is 600mg, but FDA recommends no more than 70mg a day

I call bull ■■■■ on cbd treating schizophrenia. Though I still take cbd for other reasons.

In schizophrenia trials using cbd, they report using 600mg cbd for it to be therapeutic for schizophrenics.

Yet the FDA (food and drugs association) recommends no more than 70mg. Anymore than 70mg will cause toxicity, affecting thyroid and stuff.

Even on the cbd container I have suggests no more than 70mg a day.

So I call complete bull ■■■■ on these dodgy schizophrenia trials using cbd.

But one good thing about cbd is that it could get a lot of people to quit thc. So in a way improving symptoms caused by thc abuse. Whether thc causes schizophrenia isn’t clear. Some say it can others say I won’t.

But I think it’s a massive flaw in these deceptive cbd trails, giving people like me false hope. Well I gave up on treating schizophrenia with cbd years ago, but now I’m more certain it won’t even scratch the surface of schizophrenia.

So 600mg or even double that in some other trials to treat schizophrenia? Who the hell came up with that? We’re they hippies? Stoners? Lol

Adds high-growth commercial franchise to Neuroscience portfolio with Epidiolex®, the first and only FDA-approved prescription cannabidiol medicine and a potential near-term blockbuster Enhanced product diversification of combined company expected to...

Echo is a privately owned pharmaceutical company with more than 10 years experience in leading innovation in advanced cannabis-based medicines and products.

But i haven’t heard anything about it from these companies for about 5 years.

I tend to agree. Cbd for schizophrenia is done.

i smoked 9 or 10 straight bowls of cbd this morning

im sure it helps some people. i hear its real good on physical pain.

not schizophrenia. not @Jonnybegood 's anxiety

Only thing lamer then psych meds is Marijuana and drugs. When will all my fellow schizophrenics realize that Marijuana and illegal drugs are what caused your mental illness. Grow up

well i probably shouldnt comment since i dont have that diagnosis. But my medical marijuana is one of the most beneficial thing for me. Drugs? Do you think alcohol is OK?

And you call psych meds lame. Yeah you cant take back your weed smoking days but you can take matters in your hands and take your meds. If you dont need meds…well then whats the big issue. You seem angry at what others choose to put into their bodies (or in my case, that i listen to my doctor(s) and treatment team).

try to consider not everyone has the same exact perspective and experiences you do. walk in others shoes itll help you gain open mindedness…

Well im not angry at you , just at Marijuana and drugs in general. They ruined my life when i was younger and caused my mental illness, first time someone pressured me to smoke it it was laced and i was in pain and passed out. I never really did hard drugs thankfully but never saw one person on them having fun once. Drugs, Marijuana, are just an illusion just a poison to ruin children and teenagers in my opinion. Its your choice if thats what you want to do , but it’s just a waste of time and a waste your mind in my opinion. And i rarely drink.

Im not closed minded either at all actually, just donated 10$ to a local independent political candidate, 40$ to feed the children and not to long ago 25$ to a safe house for child trafficking victims. How would you feel if the first time you smoked Marijuana it put you in pain and made you pass out ?

I think that drugs being bad is the illusion. When 95% of the world stigmatizes you and treats you unfairly and calls you out for medicating and looking for altered mind experience. I’ve had bad experiences with drugs too…. And they need to be understood better. You can’t just legalize them obviously. I think that their harm is the real illusion. Drugs are harmful and dangerous in our society. That is true. But you can minimize the harm by drug activism that will probably take the next few centuries for humans imo. To eaches own man. Drugs have hurt me. But they’ve more helped me. Worst part is the stigma and getting arrested 3x. Education on drugs has saved my life well I know that . People are always gonna use. Drug means medicine.

People treat me like I’m not self medicating. When really it was the only option. That’s why I don’t like stigma. They don’t know what I’ve experienced. How are they gonna tell me what I know works for me, is bad. And I don’t use amphetamines, opioids, cocaine, or psychedelic hallucinogens (any more). I don’t use barbiturates or benzos besides rx. But I know what works for me. Maybe what doesn’t work for me works for someone else. Idk but humans are ignorant about drugs as a whole. I am too. But I don’t pretend I know what helps others. But I do know what helped me and I do know what hurt me as far as drugs. Thanks for listening

Well didn’t mean to to sound mean i get what your saying but id think it would be better to erase all drugs alcohol tobacco and medication and just start from scratch with something new. When drug pushers lace Marijuana then push it on a young kid is just what makes me angry. Drugs are just a vicious cycle of hatred in my opinion theres a lot more ■■■■■■■■ then there are nice hippies.

Well I’m a nice hippie for sure

I’m more like ptsd, and ddnos and ocd….than anything. Don’t worry I forgive what u say. And I take back some stuff too.

I was always diagnosed with sza. But I think I’m more the aforementioned diagnosises. The first 8 times I did lsd it was the most beneficial thing I did at that point. 9th time was the trip from hell and I got drug induced psychosis from it. But I was self medicating. I Like to think I’m a nice guy. Yeah I’m not fond of all hippies. But my diagnosis makes sense to me that they thought it was sza. But it was drug induced psychosis which I’ve since mostly recovered from.

I just think if it was in a controlled setting it could’ve been beneficial but I didn’t know how to dictate set and setting and it ruined my life.

So you see what I’m saying here.
I got you too

I hope we, are cool

I do smoke cigarettes but at this point rarely drink and haven’t smoked drugs since 2005. Id like to quit cigarettes and psych meds and just take silver colloidal and supplements id probably be better off and feel more alive. Its hard to permanently stop psych meds and i know there is risk of relapse but if i take them every day i get crazier and crazier. So i just take them as needed, again sorry for the mean tone of the first post i wasn’t trying to start a flame war or anything just wanted to see what people would say to it lol.

That will mess you up big time. Please don’t.

I do smoke a fair amount of legal CBD hemp flower, and it does wonders for my anxiety and mood. Doesn’t help when I’m paranoid or delusional, but as far as taking the anxiety edge off everyday life, it’s a miracle drug. It’s like a benzo, AD, mood stabilizer, and pain relief all rolled into one. Quite literally.

Yeh I remember gw pharmaceuticals. Back in the day saying cbd would cure schizophrenia. I guess they just gave up on it. Shame, I was so convinced.

Shame, I was so convinced.

Yeah, me as well.

Why do you say silver colloidal will mess me up big time ? Ive been taking it for 3 months works better then any psych med ive ever tried.

Not willing to try it… got a seizures from smoking one from a friend. Nope, not for me.

Cbd is fine, it just makes me sleepy but THC makes me psychotic and catatonic instantly even when I am on antipsychotics. I regret smoking THC cannabis before sz, maybe I would never had sz.

“Researchers also have found that if you carry certain types of specific genes that affect brain chemistry, marijuana use can raise the chance you’ll have schizophrenia. One of those genes is called AKT1. Another is called COMT.” 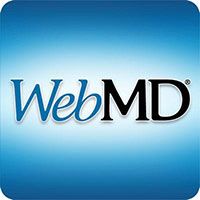 Schizophrenia and Marijuana: Trigger or Treatment?

Schizophrenia has no single cause, but marijuana use -- especially when you’re young -- is linked to earlier onset and worse symptoms. Here’s what you should know about pot and psychosis.