My mom gets burgers with cheese and bacon built into the patty, no extra cheese needed 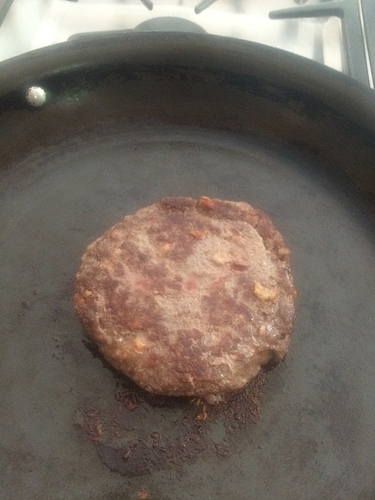 Yum cheese and bacon burgers! I used to be vegetarian. Now I don’t know what I was thinking back then! Meat is so good!

@anon84763962 I was a vegetarian for years, then I was out of the hospital and wanted a steak.

Been meaning to go back to vegetarianism, but cravings are crap. I eat meat once a week.

At least you are close, eating meat only once a week is good. I sometimes ponder going back to vegetarianism, but I have problems with iron levels. Even while eating meat I’m consistently low in iron.

I eat meat once a week.

I did that before

If it means anything, I put veggies on the burger!

Well, fish is meat so I eat basically every day. I eat vegetarian twice a week

My sister eats seafood and considers herself vegetarian

@anon84763962 is Australian cuisine very similar to American? I remember my friend had great candy, but everything his mom made was similar.

England had bad food when I visited. Garfunkles

It was a week in London, then paris. Went from the worlds worst food to the best

When we went to England we ate at this Indian restaurant three times which was good! But later, ten years later the building got bombed in a famous terrorist attack

It’s probably very similar. From what I have heard of people who have traveled from Australia to America, the portion sizes of food are huge over there and too much for the Australian appetite.

I love food though so I can’t wait to go to America. I had a dream about it last night. About the wedding and going to San Francisco.

We watched a show called Man vs Food and the food looks so good. That’s where we got the idea of getting married at Voodoo Donuts.