Behind the walls of a mental hospital (Pakistan) 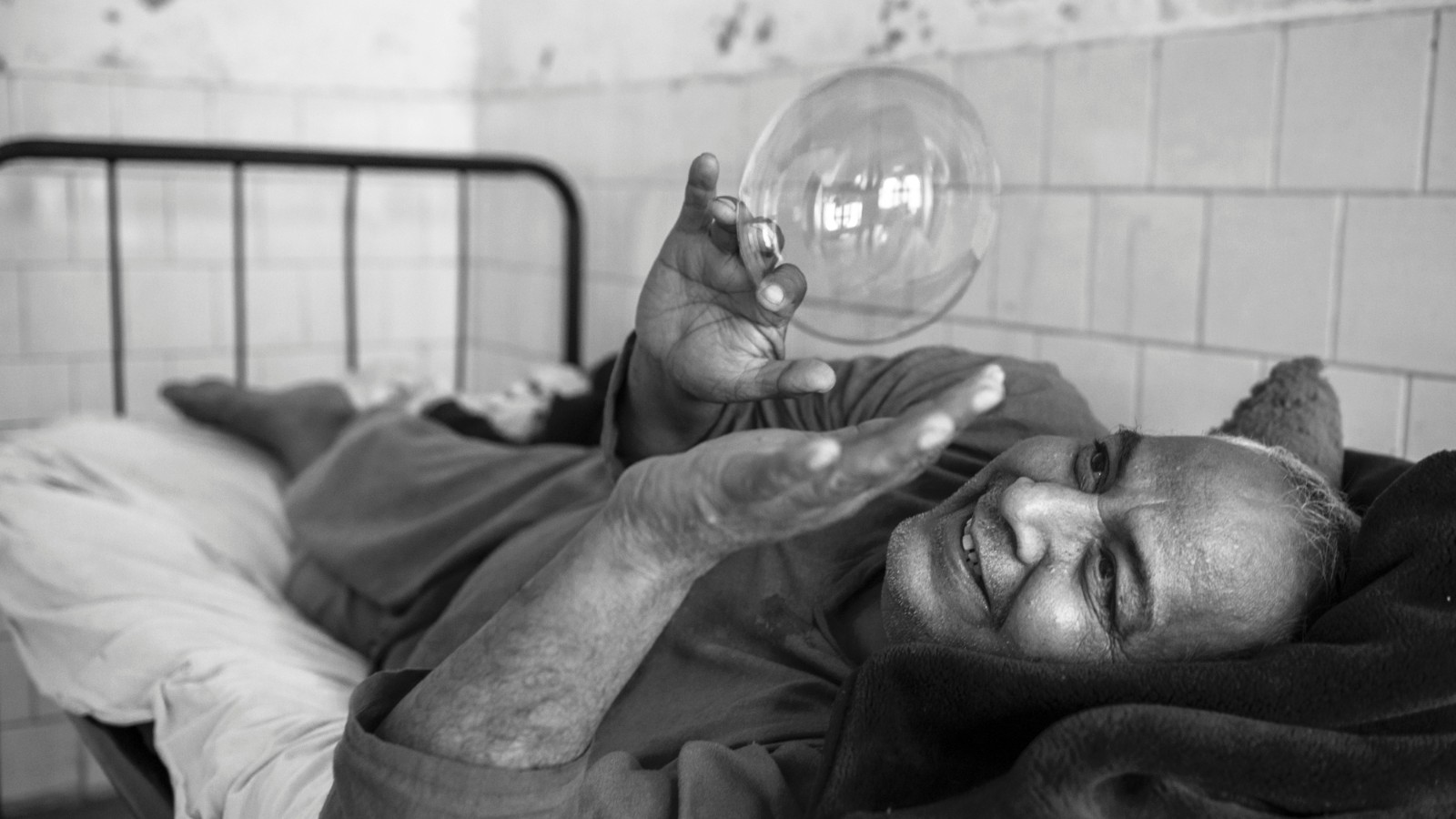 Behind the walls of a mental hospital - CNN 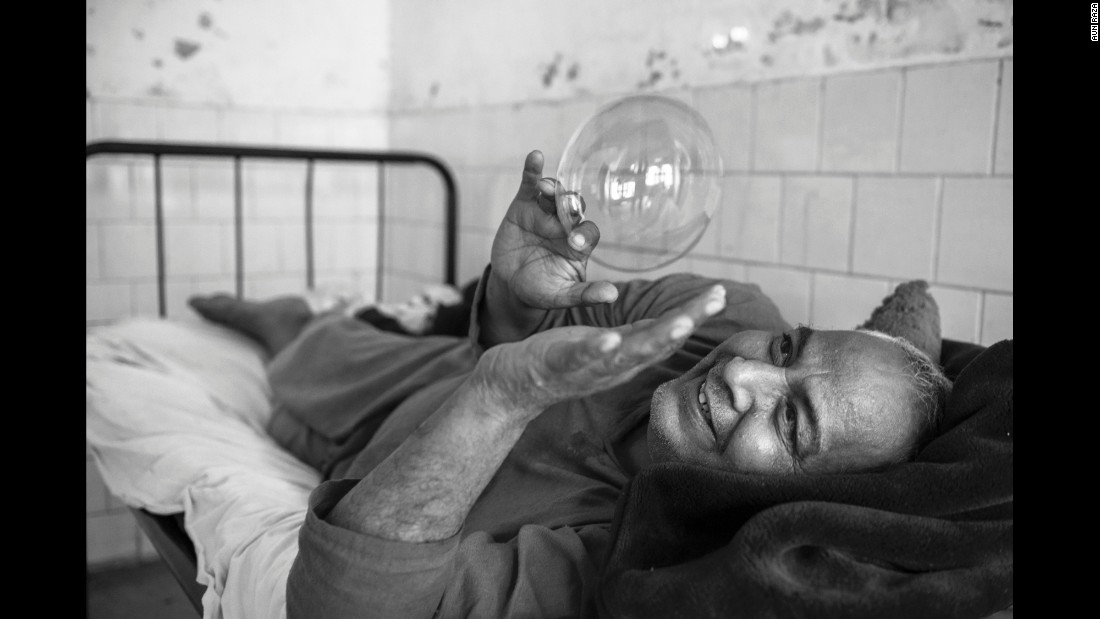 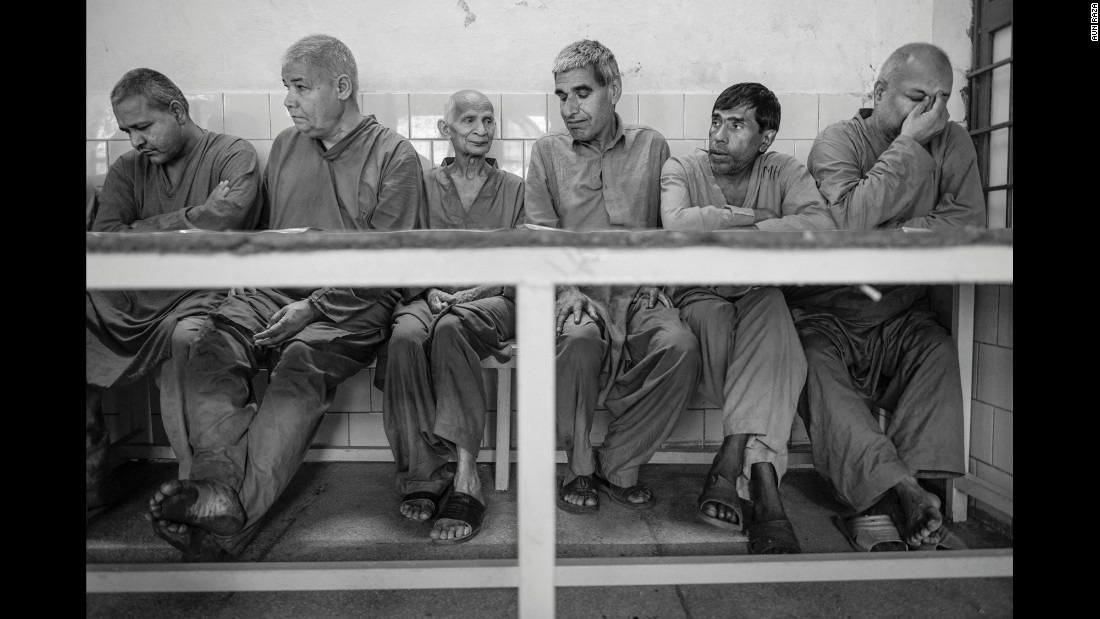 It makes me sad that picture number 4 subject is in a cage.

Then again, here in the states they put us in wrist, ankle, and waist restraints.

Both cages and restraints make me sad.

Change must happen globally! How can we go about petitioning the gov to make restraint use a ton harder? And how can we form a global org that hunts down human rights violations in mental hospitals?

Do you want to start a world org? I would be really into that…

I have this idea to start something here in Portugal but world wide would be awesome.

What do expect to get in exchange for helping these people? Good feelings?

Of course I do!!! I just have no idea how to go about it. How would we travel? Who would we send reports to?

Are we going to be affiliated with the United Nations?

Yes, this is the time we must all come together, Pakistanis, Americans, Portugese, we must all start some kind of humanitarian group!

We should start a website for global injustices. What to do after we do that, though?

no, I hope to change policy that way my butt doesn’t have to be restrained in a stretcher again. Strength in numbers

Good feelings are good, too, though

Hold your horses! Starting small, starting to bring people together, see who’s interested in joining, thinking on what to do first. Talking about restraints and straight jackets is cool to start with.

Okay, arent they a little too far away, for having any voting right or power on the country you reside in?

lol okay, must just be the light mania from the -affective part of schizo-affective, lol, I get a little too a head of myself.

it’s like a global movement, each country demanding change in their own country and all of us taking it to the united nations and demanding human rights patrols and policies.

Yes, they can’t vote here. Frankly, though, I can’t just ignore the dude in the cage. I heard in some countries, they don’t even get medicine. No medicine! I feel for them. I’d speak on their behalf.

There were studies done and supposedly in 3rd world countries, with hospitals looking like the one posted above, people are more likely to recover and live med free. How much truth there is to it i dont know. But people somehow survived before schizophrenia was discovered.

I will research this subject. We will talk more about this for sure.

So, anybody a lawyer here? We can draft laws rejecting the liberal use of restraints and try to get it into congress.

I applied for law school but never went through it because finaid was just loans, no grants. I am willing to go check out law books from the library, though. I mean, I’m no lawyer, but if we get it worked out we can take that to a real lawyer and maybe find a way to get pro bono work out of him/her. Yes, I’m probably lightly manic, but it serves my needs well usually

You know what’s funny (in a sad way) is that here in the U.S., there are fierce laws to protect people with dementia from unnecessary restraint, but not the mentally ill. Why is that? Psychiatry has a very dark history and I feel like it still holds too much power, when one group of people has more protection than another, for pretty much the same sort of scenario (just different causes).

When I worked as a caregiver in a nursing home for memory care (specializing in dementia), there was almost nothing that nurses could do in terms of restraint. Any type of physical restraint was an absolute no-no, and the nurses rarely even gave residents Ativan because it was considered a “chemical restraint” and could get the nurses in trouble.

So when residents would be highly agitated and destructive, while obviously very confused because they had dementia, all we could do (and I was cool with this, it’s the way it should be) was sort of shadow them around and just make sure they didn’t hurt themselves or anyone else, as well as use strategic approaches trying to gain their trust and soothe them (or just give them space when all else failed, but still shadow them protectively).

Restraining them in any way was considered inhumane and absolutely against the law. Why do people with mental illness not have the same protection?

Here there has been a problem of nursing homes giving haldol for dementia, causing people to hallucinate. They gave it to my grandfather that called me once saying he was on the streets lost for me to go get him, when I called the nursing home they said that he was right there. My mom’s friends mother thought the staff from her nursing home were her maids and was very pleased to have so much money to live in such a good house with so many maids.

A lot of doctors are saying they shouldn’t prescribe haldol but they still do.

But here they use restraints on the old demented folks. My grandfather needed them otherwise he would just fall off the bed trying to get out (he couldn’t walk anymore due to a broken hip)

My mom’s friends mother thought the staff from her nursing home were her maids and was very pleased to have so much money to live in such a good house with so many maids.

That’s awesome hehe. I wish all of them had perceptions that were nice like that.

Indeed ! I hope I become like that when I’m senile.

I’m down to help anyway I can, mate.