An idea for some of us who need it

Look maybe you can hear your neighbours, but ask yourself how can they be talking about your thoughts.

They’re right, no one can hear your thoughts. Maybe the best way to deal with this is not with a watch but really understanding that.

I’m telling you right now it’s your imagination. I use to hear my whole apt building talking to me.

Sammy, don’t you hear voices over what people are actually saying? Like, your mom coming in to wake you up but you hear her saying she hates you instead?

B, I don’t think this will necessarily help you. If your neighbors are talking about whose turn it is to pick up the kids but you’re hearing them talk ■■■■ about you, your sensor isn’t going to tell the difference. 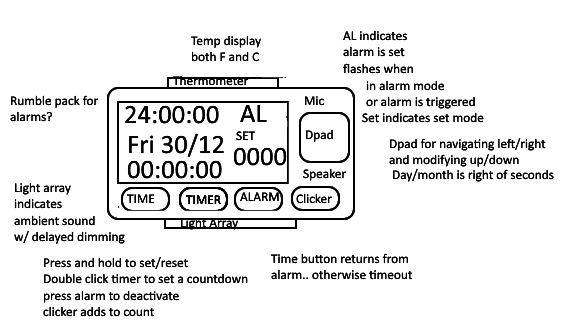 still its I suspect that I have real auditory hallucinations… this would be a constant deterrent from delusions in such cases… again more a test of if something was said at all… not WHAT was said… even if it proven that something is said it’d be the same situation I’m already again where I will do my best to heed yalls advice.

Forget about being doc brown from back the future.

Then explain to your psychiatrist what you’re doing. Be honest with them.

You seem to have lack of insight at the moment.

all I’ve got is time

and I don’t have a psych

You’re very intelligent. This is impressive.

I’ve thought of recording conversations with my phone and then listening to them to see if I am hallucinating so much or if some of it is real. I just figure that’s insane.

Yea ruhby I hear thats stuff all the time. I know it’s not real though… I would never set up a recording system for it.

I would never set up a recording system for it.

I am going to go lay down and meditate for a bit… with that said.

I’m with you on this. Just thought B should consider the fact that a sensor picking up noise really wouldn’t be a confirmation of anything. This plan could backfire easily.

Erf. You’re not on meds as I recall. Thinking you might be taking the long way around to solving the problem?

You all not see the fun in building one of these? Whats up with that? Just as a distraction from the illness itself… A bit of design and engineering… You think that’s not a good thing?

Ive already crossed the patent level of designing this product… Now its a full blown design project. Who wouldn’t want a custom watch…

I mean its a small modest project… The kind of ■■■■ I’ve been looking to do for a while.

Why yall against it?

Afraid i might find something you’d all rather look away from?

Full speed ahead… Or well casual speed… A lot of components to research, i’ll take my time making sure to isolate the best stuff.

I thought people were talking about me out in the hall when I was at school. It was more a question of sound patterns than decibles. I checked it out a couple of times and it wasn’t true.