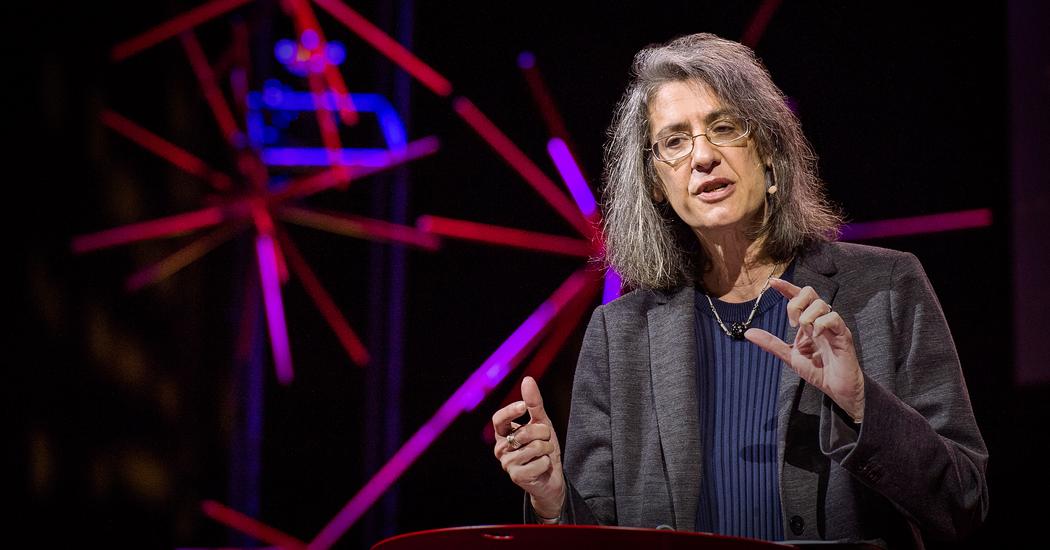 A tale of mental illness -- from the inside

"Is it okay if I totally trash your office?" It's a question Elyn Saks once asked her doctor, and it wasn't a joke. A legal scholar, in 2007 Saks came forward with her own story of schizophrenia, controlled by drugs and therapy but ever-present. In...

Great lady, but I think her views on rolling back forced treatment are going to hurt/kill a large number of our tribe.

This is a great speech. Thank you for sharing this @everhopeful.

I was disappointed about that, too, like they have no insight into their illness, how can they have enough rationale to make a healthy decision?

I like her work on banning restraints on nonviolent schizophrenics, though. She’s a very kind lady with an amazing resume.

If there was a better treatment option, I would feel less scared to be forced into treatment if i was psychotic. As is, though, the options are either roll the dice on the treatment center and hope it’s not corrupt and morally bankrupt, or avoid treatment and risk your life out on the streets. I wish she had just taken down the bad hospitals and outlined a new manifesto for involuntary commitment and upping the training requirements for employees who handle us.

Do u know which med Elyn saks takes …???

She doesnt have negative nor cognitive problems after years of unmedicated psychosis, i dunno what she has besides a big ego. Yes she was restrained cruelly, but we need a radical new approach in mental health care cuz we cant just keep ending up dead or in jail.

Her Ted talks are fairly interesting.

Her brilliant intellect masks the illness so she appears high functioning. She is lucky enough to have a brain like a computer, a supportive family and a great job. I say good luck to her.

Is she in clozapine …

Im under court order medications! Worst thing happened to me.

I think it’s a tricky situation. Those who are more ill often struggle to articulate their needs , but those who are high functioning like Saks, and advocate for those with psychosis, often see things through the lens of their comparatively intact level of functioning.
Sak’s situation, and therefore how she perceives things, is very different from the average person with psychosis.
She’s done well but we need to remember that she was dealt a more favourable hand than most with ,or without, psychosis. It’s not all down to strength of character and a positive attitude.

I’ve been forced on meds, had them forced down my throat and then forced on an injection for years. I don’t think anyone has the right to do that to me whether it’s for my own good or not. I’m not an animal and I shouldn’t be treated like one. The only reason someone is supposed to be forced on meds is if they are a danger to others or themselves. I was never a threat nor was I suicidal but I was forced on meds anyways. It may have helped me but I should have had the choice and I didn’t. The meds aren’t without side effects and I should have a choice if I want to have to face those side effects. Meds should never be forced on someone to “help” their lifestyle.

People who consistently fail repeated reality testing require mandatory medication. As I did at the outset of my illness.

I doubt that she’s got nefarious intentions and I have faith in her humanity. I think her push to avoid treatment stems from her own forced treatment experiences where she was forcibly restrained. She wrote about the feelings of helplessness and victimization in her bio.

Her issue, I believe, is that there is too much corruption regarding loss of our autonomy, i.e. no transparency, little chance of those advocates actually getting us out of hospital, even if we aren’t “dangerously” psychotic, and the possibility of a corrupt staff member intentionally lying on a report to get someone hospitalized when they don’t need to be.

I think a lot of society’s reasoning is that, unmedicated, we can be bizarre and that, to them, can be labeled as dangerous (even if we’re just talking to the street lights, someone might feel intimidated and scared, then call the police, then we’d go either straight to jail or to hospital–and since hospital won’t be an option due to lax requirements, jail it is).

It’s a tough question. If we’re not competent to make logical decisions, who gets to make decisions for us? I will be the first to admit I was not competent to make decisions for myself while psychotic, but I don’t trust normies to make them for me, either, due to bad hospital abuse experiences I’ve had in my past. A lot of us will come with lack of insight, so we don’t feel sick or think we need treatment, when in fact we do.

As a once outsider to mental illness, I got to witness SZA from the outside. And the first thing I noticed was that codependency and attention seeking behavior went through the roof in this one person. It was a little bit scary.

Ok it was really scary. Especially when this person would follow me around town and be all happy when they saw me.

The things I noticed were danger signs that I would get aggressive with if it were anybody else. Lying, victim playing, ect.

I think things like these are what makes the normals want to eradicate us.

Yes, you’re right, it was just one of those weird thoughts, I’m sure she doesn’t really want people to die. And there can be compulsory meds done well and compulsory meds done badly. But I suppose I was thinking more of shots in the butt and nurse visits at home, not hospital admission and jail cells. I would hope though, that shots in the butt would reduce the latter, not increase them.

I think things like these are what makes the normals want to eradicate us.

Ah, yes, normies true thoughts come out on youtube comments the most. I have seen much rhetoric about sterilizing us and putting us in camps and some want to just “euthanize” us. It angers me. shakes fist at youtube comment section

Oh god, don’t look at youtube comments. That is the worst of humanity right now. You can post a video of a baby hippo being cute and it’ll degrade to racial and homophobic slurs in an instant.

If I believed it was a true representation of humanity, I’d be a violent person.