60 Minutes - we're all felons and belong in jail

did everyone see that rerun on 60 minutes last night, makes everyone sound like a crazed killer who should be in jail, 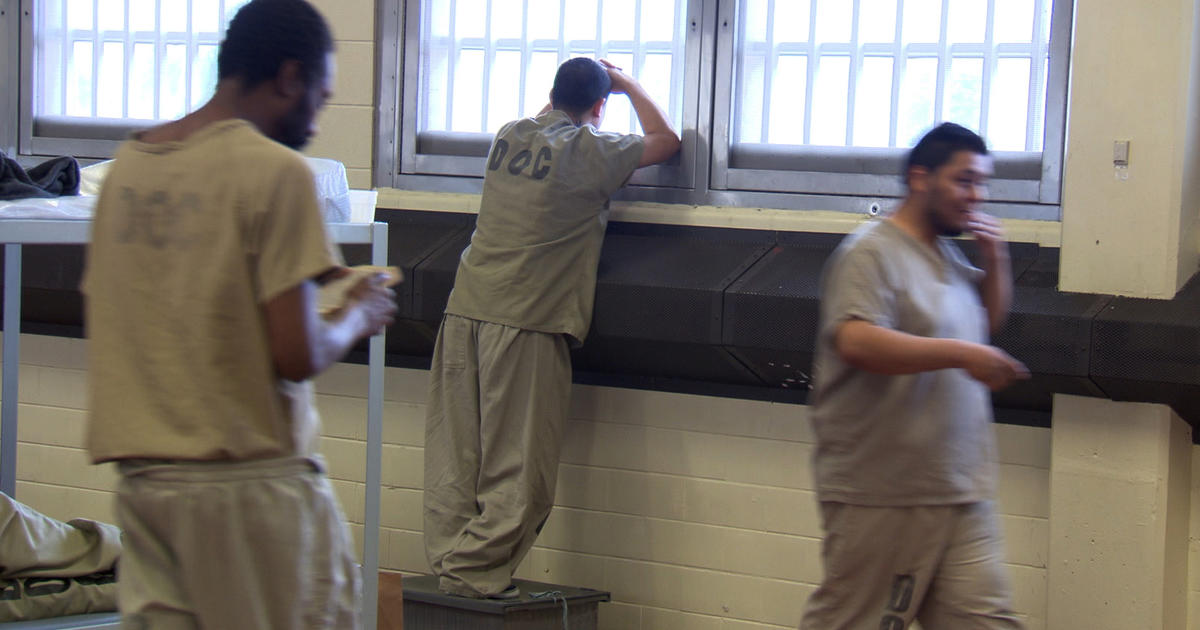 How many of the recent mass shootings in the U.S. were preventable tragedies, symptoms of a failing mental health system?

I just watched the preview clip of that on YouTube.

It’s all about ratings - sensationalism sells - I did not get a chance to see the whole video clip, it froze on me, but I got the idea.

So which is it?

“the majority of the people pulling the triggers have turned out to be severely mentally ill,”

" About half of these mass killings are being done by people with severe mental illness, mostly schizophrenia."

Majority, or about half? The doctor who treats mental illness says about half while the reporter says the majority…

Truth is the phenomenon is actually rare…It does happen, but the same percentage of “normal” people also do violent acts…

Eventually everything will be considered a mental illness and nobody will be responsible for anything. Well, except for things like having your body parts cut off because you think you’ve been born in the wrong body. That’s totally normal…

Our military does. Our cops are sometimes required to. Mistakes from doctors sometimes end in loss of life, Gang members, criminals, hired hitmen, citizens defending their home from intruders, armed guards… There are plenty of ‘normal’ people that find circumstances outside of mental illness to justify killing someone. It is completely conceivable that any human is capable of killing someone if given the right motivation and circumstance.

As per the argument that ‘normal’ people would not (or have not) engaged in mass killings, a trip through history might shed light on that; Rulers of all sorts have been responsible for mass killings (arguably perhaps mental illness had a part to play here) but warlords, conquerors, barbarians, citizens following the ‘laws’ of a country such as those in Russia killing gays, gangs, even our modern day militaries are responsible for killing villages of people both on the ground, from the sea and in the air (many of our fighter jets have the ability to take out entire towns effortlessly). The media just doesn’t find this news worthy because the current hot topic is ‘mentally ill’ people shooting up schools with ‘assault rifles’. Because that is what gets people to watch.

The majority of murders and killings - excluding war are committed by defective people. Their morals are empty and many of them suffer from a form of psychopathy most likely Antisocial Personality Disorder. Sure there have been instances where people with a severe mental illness have killed before, but if you look under the microscope, you will find that they also suffer from some type of psychopathy - or they were just hardwired genetically to commit such horrible acts. Please stop blaming schizophrenia or bipolar on every murder committed. Charles Manson is a good example of this. He was a murderer - he did have mild schizophrenia but also suffered from Antisocial Personality Disorder - besides those diagnosis he was just born to murder - his brain like so many other killers were hardwired to do so

By normal I meant non mental illness, like the ones you read about where there was never any indication of mental illness, they were good kids in school, had friends, etc… probably like you say, temporary insanity, something pushed them over the edge.

That teenager who shot his whole family in New Mexico last year had no history of mental illness and had good reports from family and friends…now after the killings they say he has mental disorders…so that’s just one case where it seems someone had a breakdown into insanity…so how in the world does one detect when someone is going to break down?

And you do not want Minority Report type antics, lest anyone think along those lines…

The difference between a normie snapping and us is that we have experience with this and learned a level of control. Normie’s don’t have to deal with these problems ALL THE FRIGGIN TIME and then snap when things get just a little bit bad.

Also, did you notice that most of their examples were people who had just had their first break? It’s not like there was even a question of ‘treatment’ possibilities before hand because most of them weren’t even MI yet. So if you think about it, their whole premise of ‘untreated mentally I’ll people are dangerous’ doesn’t even make sense.

it seems people can break down almost overnight

it seems people can break down almost overnight

I was thinking that while I was posting before. And as Apokalypse says, they have no experience in dealing with these things when they happen so have no clue how to control them.
That leads to the diagnoses AFTER THE FACT. The problem is that it seems at least the news media (which I will also agree with Apokalypse previous post about) is trying to say the people have always been mentally ill and undiagnosed, and trying to use that to force treatment.

And because of all of that… there is this negative stigma that everyone with a mental illness is a criminal or some ticking time bomb that will eventually go off… so much for innocent until proven guilty… society condemns especially Schizophrenics because of how the media shows us to be. And as a whole individuals with Sz are damned because of the actions of a few. What i wish people would see is we are like any other group… take an collection of people… lets say race… just because a few people of whatever race commit a crime does not mean everyone of ‘x’ race is a criminal.

There is also a burden of research that the people are responsible for … the media embellishes the truth or selectively filters the news to raise views and sell news papers… but the people have a responsibility to research the facts and make decisions for themselves… because public opinion is so easily swayed by tv and big news outlets does not excuse the actions of the voters and general population. More people should be involved and not sheep to whatever conclusions the news decides to lead them to. More people should think for themselves.

There could be other factors…

“There is also a strong indication that Aaron Alexis (Washington Navy Yard Shooter) was an experimental subject on this program being subjected to experiments in blackouts and impulse control. The key evidence is that he stated he was subjected to physical vibrations in the ELF range (slow pulsing sensations), which fits with the description given above. There is no other way he could have known this.”

Note it says
“I closed the column for a variety of reasons. Firstly, there is the ever-present pressure from various organizations to maintain the silence. That said, I have never much cared for their opinions and it did not rank very high in my decision making processes.”

So how long that stays up, who knows… I read most of their old material in 2012…very in depth and referenced with real technology and news sources…
So they are back…for now.

This also goes right along with the posts on the thread “How would you feel if you knew everyone could read your mind?”

People look for scapegoats. I think virtually all of the schizophrenic murderers in history have been on antidepressants, I read something about that. That one night I got belligerent and drunk, I was on citalopram and nothing else.

Save for the guy who tried to kill Teddy Roosevelt, he was just really ■■■■■■ up. Like completely ■■■■■■ up, we studied him in Psychology of Evil. He was the muttering to himself on the porch all day every day type of unmedicated schizophrenic. One day he said “Im gonna do it!” which was odd because he didnt really talk before that, went and bought two pistols and shot Roosevelt in the chest. Roosevelt’s folded up speech in his pocket was so thick that it stopped the bullet from going deep inside him, it was a minor wound. It should have gotten to his heart!

i think there’s a big different between psychosis and psychopathy, the public doesn’t understand

i think there’s a big different between psychosis and psychopathy, the public doesn’t understand

And at least the media does not seem to want to listen…they’ll pick on the most graffic bad bad and run with it, when in reality it is a minor percentage.

I read the transcript for the interview and nearly fell off my chair laughing when I read this:

“There is something eerily similar about the shooters, as if they were variations of the same person. All young males, often with the same glazed expression, loners who exhibited bizarre behavior, and withdrew into their own troubled world.”

All variations of the same person? Seriously!