Women with Neandertal gene give birth to more children 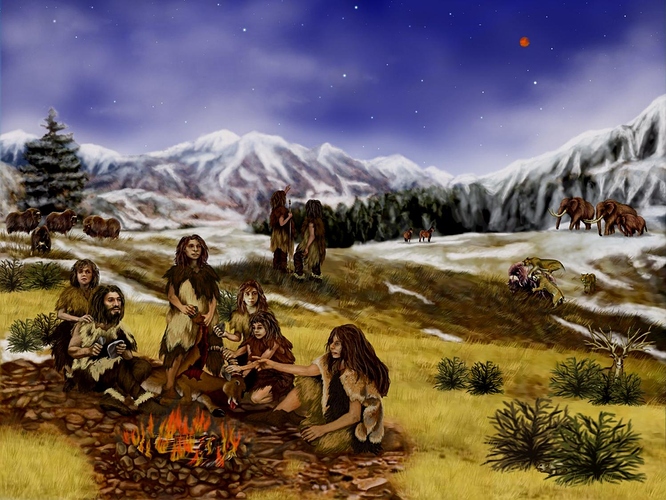 Women with Neandertal gene give birth to more children

One in three women in Europe inherited the receptor for progesterone from Neandertals—a gene variant associated with increased fertility, fewer bleedings during early pregnancy and fewer miscarriages. This is according to a study published in...

The gene doesn’t necessarily means more kids.
What if the women wants less kids or no kids at all?

I agree to an extent but there’s a predisposition that on average. I also heard a non-link between schizophrenia and NeanderthalIsm. Acorse I tested positive for Neanderthal. A very low amount but still. I believe If you’re high Neanderthal you’re less likely to get Sz. Maybe Szs are less likely to have children so maybe there’s a link
There??? Tell me if I’m wrong. Thnx -gratitude

No there is no link. Schizophrenics can have kids as much as healthy ppl but many don’t because many are homeless or don’t have the money. Also there is more single sz mans than single women because unemployed sz mans aren’t much wanted by women for a relationship. Women want a secure income for their offsprings. There is more homeless man than women for that reason too.

I think its because women have to be pregnant and raise kids and that’s kinda considered a job by itself.

Pretty sure there is a link between having less kids and having schizophrenia. I have a confused look on my face right now. I am no way saying that Neanderthals are worse than schizophrenics. But scientifically there is a link. Everyone has issues everyone is human. Everyone is beautiful. I’m just talking science right now. But I could be wrong but this is what I heard in the past years ago but things change

Do you have the link to that? Like a study?

Schizophrenia poses an evolutionary enigma. The disorder has existed throughout recorded human history and persists despite its severe effects on thought and behavior, and its reduced rates of producing offspring. A new study may help explain...

Biologically schizophrenics can have as much offsprings as healthy ppl. Lots of women here on this forum have kids, some have 6 kids.

Okay it’s possiblE. Every situation disorder and nurture nature is different but the article says they have less also on average

Like I said I think the cause is not biological, its more psycho-socio-economical.

They are no doubt basing it on average number of births by women with or without the Neanderthal gene .

No I agree it’s not biological more social. I may be just crazy but I believe in a way schizophrenia is misunderstood. That’s the main reason we see so many schizophrenics not having kids. Also the med situation. Some sz women NEED their meds and can’t cone off to bear a child. I’d say those are the top two factors

Yea but some meds are safe for pregnancy. A user here gave birth more than once while on Haldol (I think).

Schizophrenia and other psychotic disorders

I would be the one with 6 kids.

Do you pay for genetic testing?
I would do it if its free.

I don’t trust this genetic testing stuff. Defo would not do it.

It was via uploading my 23andme raw data and my father’s Family tree DNA raw data to https://yourdnaportal.com .

I can’t help but think that this explains the popularity of competitive sports.