Why nutritional psychiatry is the future of mental health treatment

Why nutritional psychiatry is the future of mental health treatment

A growing body of scientific evidence is making clear the connection between good nutrition and good mental health.

Putting this one out there for debate-hopefully.

Naturopathy. The air guitar of medicine. 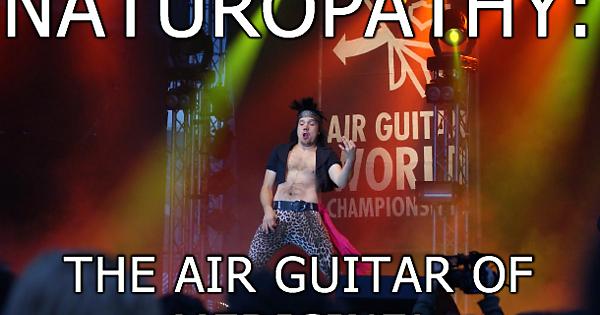 I agree that a healthy diet is very important to a person’s mental health.

I just started taking magnesium L-Threonate. Wow, I’m very calm, and this type of magnesium is the least likely to upset your stomach.

I also take probiotics. A healthy gut is so important.

I’ve never noticed a difference with my mental health directly, but it makes a huge difference for my chronic pain issues, which in turn makes me have fewer sz symptoms. Or more if I eat certain foods.

Having a healthy diet helps, but the article argues that it could be a replacement for medication, and there is no evidence to support that theory. For people with mild symptoms, a good diet could be sufficient. But claiming that it could replace medications only serves to further stigmatize those who need medication, because it implies they’re just not eating healthily enough.

Doctors should be better educated on nutrition so that they can advise patients as well as understand supplements.

But they are never going to give you some magnesium pills instead of an AP in the emergency room. You will never have court ordered zinc supplements. Not because they don’t help, and not because there isn’t enough money in it, just because it’s not going to have that much effect if you’re really ill, unless you’re ill primarily because of a deficiency.

They did do a study on using fish oil to prevent relapse when going off APs, and it did not work, even a little bit. I am a huge fan of fish oil and it has lots of other data supporting its use, both in healthy people, and in people on meds, but it is not a replacement for meds.

Probiotics sound like a good idea to me. What is better the supplement, the bottles of actimel or yoghurt loaded with it?

Here’s a study saying in essence it helps bowel function for those taking APs.

Effect of Probiotic Supplementation on Schizophrenia Symptoms and Association...

There might be a small correlation but study after study proves that there are other factors causing mental illness.
In the case of schizophrenia, I just found an article stating that stress during life, especially in childhood and adolescence, decreases the volume of gray matter in the brain thus damaging it and causing psychotic disorders. Don’t forget, either, the biological predisposition.
Bullying also notably increases the chances of suffering from psychotic illnesses.

Effects of Early Life Stress on Cognitive and Affective Function: An Integrated...

The investigation of putative effects of early life stress (ELS) in humans on later behavior and neurobiology is a fast developing field. While epidemiological and neurobiological studies paint a somber picture of negative outcomes, relatively little...

I think food allergies cause a lot of problems for most mentally ill patients. I seem to be very allergic to milk. I think taking supplements and eating veggies can mask the allergy symptoms but more progress can’t be made until the allergens are reduced or eliminated.

Sounds like someone is trying to propagate and make bank on neurotropics.

A lack of essential nutrients is known to contribute to the onset of poor mental health in people suffering from anxiety and depression, bipolar disorder, schizophrenia and ADHD.

If all I needed to get better was some fruit and salad, I would be better a long time ago.

Effects of elevation of brain magnesium on fear conditioning, fear extinction, and synaptic plasticity in the infralimbic prefrontal cortex and lateral amygdala.

Anxiety disorders, such as phobias and posttraumatic stress disorder, are among the most common mental disorders. Cognitive therapy helps in treating these disorders; however, many cases relapse or resist the therapy, which justifies the search for cognitive enhancers that might augment the efficacy of cognitive therapy. Studies suggest that enhancement of plasticity in certain brain regions such as the prefrontal cortex (PFC) and/or hippocampus might enhance the efficacy of cognitive therapy. We found that elevation of brain magnesium, by a novel magnesium compound [magnesium-l-threonate (MgT)], enhances synaptic plasticity in the hippocampus and learning and memory in rats. Here, we show that MgT treatment enhances retention of the extinction of fear memory, without enhancing, impairing, or erasing the original fear memory. We then explored the molecular basis of the effects of MgT treatment on fear memory and extinction. In intact animals, elevation of brain magnesium increased NMDA receptors (NMDARs) signaling, BDNF expression, density of presynaptic puncta, and synaptic plasticity in the PFC but, interestingly, not in the basolateral amygdala. In vitro, elevation of extracellular magnesium concentration increased synaptic NMDAR current and plasticity in the infralimbic PFC, but not in the lateral amygdala, suggesting a difference in their sensitivity to elevation of brain magnesium. The current study suggests that elevation of brain magnesium might be a novel approach for enhancing synaptic plasticity in a regional-specific manner leading to enhancing the efficacy of extinction without enhancing or impairing fear memory formation.

IMO although there are other factors I think nutrition has a role to play. That’s an interesting point about depression brain inflammation and nutritional deficiencies I didn’t know the brain got inflamed. But I’m not sure if I’m a fan of supplements I stay away imo.

I started taking two tablespoons of olive oil a day, and my numbers were really good from my last checkup - blood pressure, triglycerides, and cholesterol. I also take omega-3 and “black seed oil”.