Why Don't Animals Get Schizophrenia (and How Come We Do)?

Many of us have known a dog on Prozac. We’ve also witnessed the eye rolls that come with canine psychiatry. Doting pet owners—myself included—ascribe all sorts of questionable psychological ills to our pawed companions. But the science does suggest that numerous non-human species suffer from psychiatric symptoms. Birds obsess; horses on occasion get pathologically compulsive; dolphins and whales—especially those in captivity—self-mutilate. And that thing when your dog woefully watches you pull out of the driveway from the window—that might be DSM-certified separation anxiety. “Every animal with a mind has the capacity to lose hold of it from time to time” wrote science historian and author Dr. Laurel Braitman in “Animal Madness.”

But there’s at least one mental malady that, while common in humans, seems to have spared all other animals: schizophrenia. 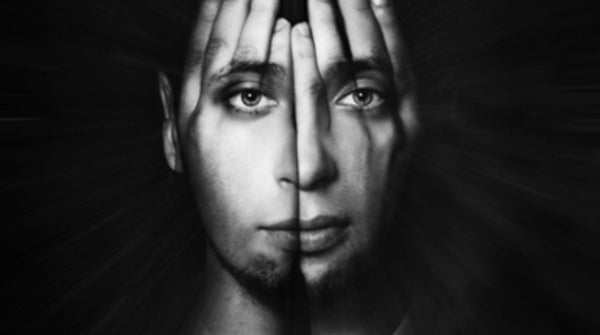 Why Don't Animals Get Schizophrenia (and How Come We Do)?

The more complex something becomes, the more points of failure it has. No surprise that the more advanced the mind, the more ways it can break down.

Seeing as sz involves assessing higher function impairments like language, and executive and cognitive function this all seems a little silly to me. Like… duh.

Without having language to talk to them about what they hear and see or feel, I don’t think there’s any way to say whether there’s any overlap to sz in animals.

A team of neuroscientists has reversed psychosis-like features in mice, raising hope that scientists may ultimately be able to do the same for humans with schizophrenia – and potentially other kinds of psychiatric disorders. The study, reported online in the May 2 issue of PNAS, demonstrated that a transplant of a small population of “interneurons” into the brains of affected mice normalized mental processing. About one-third of a particular type of interneurons, which help brain cells communicate with each other, are missing in these mice. Other studies in humans indicate that interneurons are also lost or are not functioning properly in patients with a variety of behavioral disorders, ran…

I think it’d take to a different form.

They have no language in there. Recognition of sounds sure.

They also have simpler identities.

They do form social hierarchies(in the case of canines).

Maybe they do and for the most part it goes unnoticed.

“If a lion could talk, we could not understand him” --Wittgenstein.

Our brain is so much more complex than animal brains. It’s difficult to extrapolate mental problems from them to us.

I think they did a study that proved that Praying Mantis’s and certain species of California Redwood trees exhibit signs of psychosis when under stress.

If only we could consul them.

They must have gotten word from the Amazon. “They’re chopping us down”

A redwood might think “■■■■ well I’m around people all day”

“Relax you live in a national park.”

A psz tree. I’ll think on that for years.

Anyways the redwoods are especially old and respected by humanity.

The oldest living creature though is a fungus in madigascar that covers multiple acres. Same genetic specimen it has been for thousands of years.

Here’s what I think ,

If something does not know language , its reasoning ability diminishes considerably , language also is voice with meaning so animals are less antagonised because there is less ‘meaning’ in what they hear.

Yes but the extrapolated meaning from a bark and a phrase sentence or word or two entirely different things.

I really hope so.

So lions don’t think " that person’s got more meat on him and he’ll be a slower runner. I’ll go for that one "

I had a cat that was born autistic or something. The first time I took him out of the box as a kitten, the other kittens went out in all directions exploring. Smokey headed straight to a corner behind a kitchen chair. He did that every time + grew up not letting anyone near him but me.

No, they just act out of instinct.

They don’t know any words.