Why do i keep getting suspended?

or perhaps she relishes the rebellion…enjoys being cast out…to prove and flaunt her individuality.

I think that was what I was trying to say just using different words. I do think there is something deliberate about her actions.

i’m not even allowed to say shut up anymore

makes me feel sick, i use to be valued on this forum (i think)

You can still be valued. Just tone down the religious stuff.

You can still be valued. Just tone down the religious stuff.

thats the thing though, i have,

All I’m saying, stop selfvictimizing and get responsibility for your own actions. Think about what you’re doing wrong instead always blaming someone else, whether its a human or an evil Fortune or whatever.
What works in real life is also in here.

i’m not even allowed to say shut up anymore 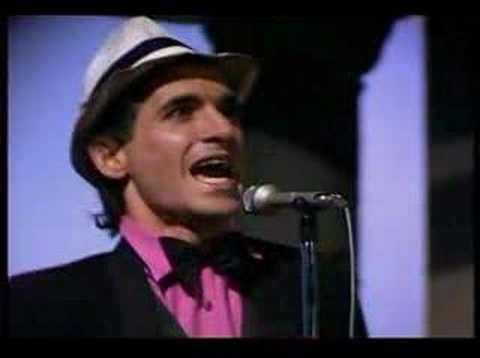 Hey dude you can say it to me directly… no need for covering up through the songs
I won’t get offended. I’m still as a rock

Daydreamer, you use your religion like a weapon and throw it in people’s faces when they do not want or need it. You are doing the opposite of what Jesus was trying to teach. Religion is supposed to be each person’s personal spiritual journey, not a weapon. Just because you’ll respond to this with, “Oh I never did that” doesn’t make it any less true. You can’t erase your poor behavior by pretending it never happened. Man up and stop being a jerk to the mods and everyone else who has to be subjected to your fruitless complaints.

God posts are off limits. If explaining to you why did any good at all, then that good would already have been done a thousand times over. Since explaining why demonstrably does no good, those posts will just be locked from here on out.

Insulting other users, picking fights with them, telling them to shut up or asking “what’s wrong with you?” when they offer reasonable answers to your questions are all off limits. This is a civil community, and we ask that you respect that, even if you don’t respect the other posters here.

When topics are locked, immediately starting a new topic to continue the argument is a violation of the guidelines. This behavior will get you (and anyone else) a one-day cool-off suspension pretty much every time. If we have to hand too many of those out, the length of the suspensions will start increasing.

No one likes to do this, daydreamer. But your posts upset and trigger people, start fights that spread across the forum, and you refuse to take any concerns anyone has about them onboard. We’ve tried to be gentle with you about this in the past, but all that happens when we do is that you believe the rules don’t apply to you. So we have to be stricter with you now.

i can tell by the likes who hates me

You can tell by the likes who recognizes the problem. There’s nothing more to read into it.

i try and help,

i do respect the guidelines, i just got upset last night and i’m sorry about that, it happens sometimes and i cant help it, i dont really remember how it happened it was so fast,

There should be a rule, if you get suspended then you must wear suspenders every day until the suspension is finished, and you must walk across atleast one suspension bridge.

Good idea. Moderators and admin can think about it.

There’s no rules listed(I think) so it would be easy to step on some toes and not even know it.

There are. Although some things not listed are common sense.

I doubt that the moderators suspend anyone for no reason.