What’s the worst smell you’ve ever smelled? Mine was my dead cousin after her parents kept her in their house for a week for her wake. They asked to keep her at their house as long as they kept the air conditioning at a cool temperature. So yeah, we stayed at their house while my cousin’s dead body lay in her coffin downstairs.

So yeah, her body was smelly when we all went to see her for the last time. She was a bit grey as well. I was about 10.

I’ll try not to make a joke of this but my old high school friend farted into and capped a chemistry flask. He snuck up on me, opened the flask and put it under my nose. If you’ve never smelled a concentrated fart I can tell you it shouldn’t be on your bucket list. I literally gagged.

I’ve heard human bodies smell really bad when decomposing @Cici2 . I don’t think I could compete with that but anything human can be smelly. Gawd. That sounds a horrible experience for a child. I’d been to funerals but all closed casket. I freak out if I have to be a pallbearer. Did that once and it freaked me out how light people can be…

I worked in a funeral home for a while. You get used to it pretty quickly. Wear your seatbelt folks. I saw plenty of people who didn’t.

Eeew. I guess if you’re used to it that’s fine. We were just kids watching my cousin slowly decompose. She hadn’t bloated or had any slippage yet. But damn it was smelly. It kind of sticks with ya.

Decomposition, it was a dead deer. It was on my Mom’s property and I had to pass it everyday for the summer while it rotted. There is something about that smell, it’s just not right. Even to this day I think of it and get grossed out.

Eeew! We had a huge rat die in our air ducts and it was the worst smell ever!

We had to keep the air off during winter so we wouldn’t smell it. Blek!

Worst smell was when a skunk sprayed my dog and he immediately ran inside and rolled on all the carpets. It was so bad it burned and I threw up and we had to evacuate the house for a week and stay with my cousin.

It wouldn’t happen to be @ThePickinSkunk?

You can tell if you see this floofy thing… 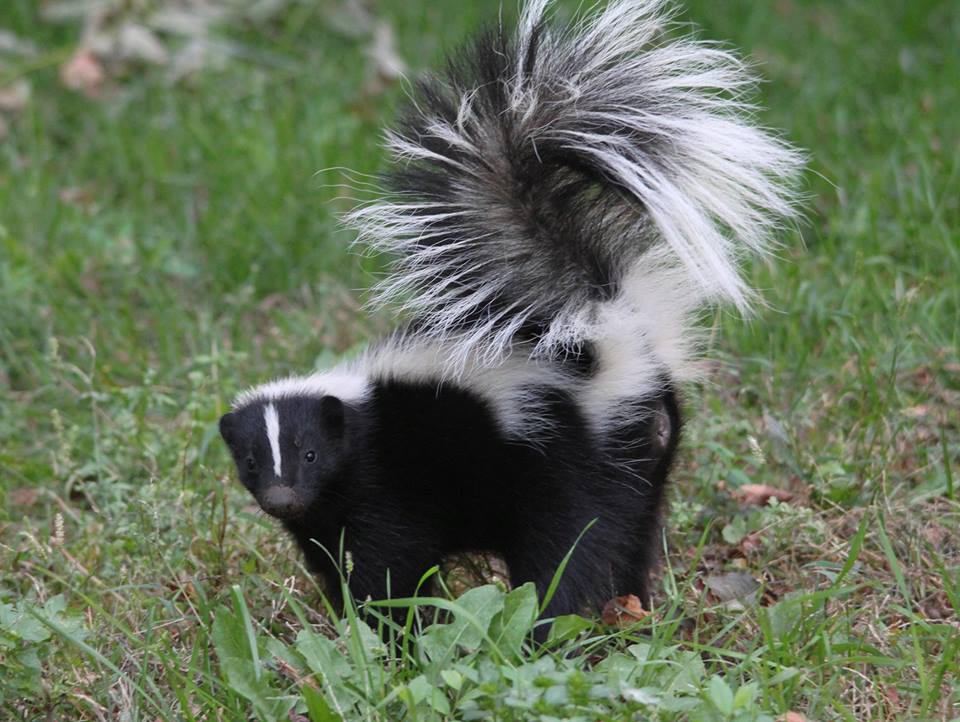 One time a skunk got in our house. We tried to get the smell out with charcoal and lysol but we could not. We had to stay at a friend’s house for about a week.

Yeah @ThePickinSkunk were you in the woods behind my house when I was 8?

My dog and I got skunked once in California. It took about a week for that smell to go away. I threw out my clothes.

Cat threw up on my foot. Disgusting on so many levels.

two things come to mind. one is whenever I catch a dead mouse in my place, it starts smelling that is how I know I’ve got one.

the other one was about a year ago I was hiking in a state or national park, cant remember which. anyways I had to take a piss and went to the bathroom, which was a pit toilet which hadn’t been cleaned in awhile. it was so disgusting I nearly threw up and walked out. deciding to wander into the woods to relieve myself.

Oh yeah, we used an out house we found near the lake where we lived, where others used it too. I threw up so much from that smell. My friend and I gathered dirt and sand and covered it up, but the toilet seat stank too.

I tried wrestling in high school. Second day I was paired with a kid who didnt bathe to gain an advantage. He was very sweaty too. He had me pinned down with his armpit over my face. It was the worst smell I have ever smelled. Worse than a rotting corpse, worse than a dumpster full of rotting meat on a hot humid day. His horrible sweat was seeping into my skin. I never wrestled again, and rubbery skin raw trying to get the stench off.

There’s two kinds of people in this thread. Those who have been sprayed by a skunk and those who haven’t.

I’ve been sprayed by a skunk, and I’ll take that any day over the sweaty armpit over my face. Skunk smelled like roses compared to this person.

Imagine a community toilet that hasnt been flushed in three weeks with everyone using it having diarrhea after eating cuttle fish and rotten oysters. Now magnify that by ten and it will come almost halfway to smelling as bad as this kid’s stink.