Whats the appropriate way to punish a cat?

Honestly I don’t think anything works. But if my cat hurts me I will do 1 of three things

My dad shoots a small water gun at his cat when he gets really violent towards him but that’s kinda mean and don’t think works either.

How do you teach/punish a cat?

They never learn. He doesn’t comprehend that hes NOT ALLOWED to walk on my keyboard. I don’t have MANY rules, but hes not allowed to walk all over my keyboard, but I doubt he will ever learn otherwise.

Clap your hands if he walks on your keyboard. The noise will startle him and he’ll soon learn.

But at the end of the day you have to realise the cat is in charge.

Not a supersoaker, but a just plain water gun.

That’s how I would do it.

It’s really hard to train a cat, but I’ve discovered I can shape my cat’s behavior if I scratch him a lot. I toss him out if he does something I really don’t like. I have a big pile of power chords that go to all the electrical implements in my apartment. My cat can’t understand why I won’t let him play with them. Any time he does that even a little bit I toss him out. That seems to work, but sometimes he can’t resist temptation and gets carried away.

Lol that’s funny but mine is indoor and too young to go outdoor yet anyways I think. I’m gonna keep him indoor though.

Put tin foil around the keyboard.

I would say trying speaking in Meownese, and if that doesn’t work look up the shows on youtube about how to make the cats behave. There is tons of help about this online.

First keep the nails clipped. This is the source of most danger. Then teach the word no. If he’s really doing something he shouldn’t hitting lightly on the back of the head and saying no might work (I’ve only done this once). Clapping behind the head might work too

Good call on the nails clipped man. he hasn’t had them trimmed in a long time and they’re really long. he always scratches at my feet. The reason I made this thread he jumped up onto my boxer shorts with his long ass nails.

Well he has a vet appointment soon and they will do it for you…but I need to learn to cut his nails on my own for the next time.

You need to start young and to it regularly so they get used to it. Don’t wait for the vet… I’ve been using nail clippers lately and they work well

Cats aren’t like dogs. They don’t learn from negative reinforcement. The only thing that teaches them is to be timid and avoid people. Definitely don’t yell at them or man-handle them.

Sorry I don’t have a good answer to this question, but you either have to take cats as they are, or not. It’s sort of cruel to punish them when they’re too willfull (not very smart in other words…) to learn from punishment. The best you can do is take good care of them and hope they’ll be on their best behavior. Trimming his nails might help with the scratching problem, or getting him a cat tree or scratching post for that purpose. Giving him an alternative to the bad behavior is a given. 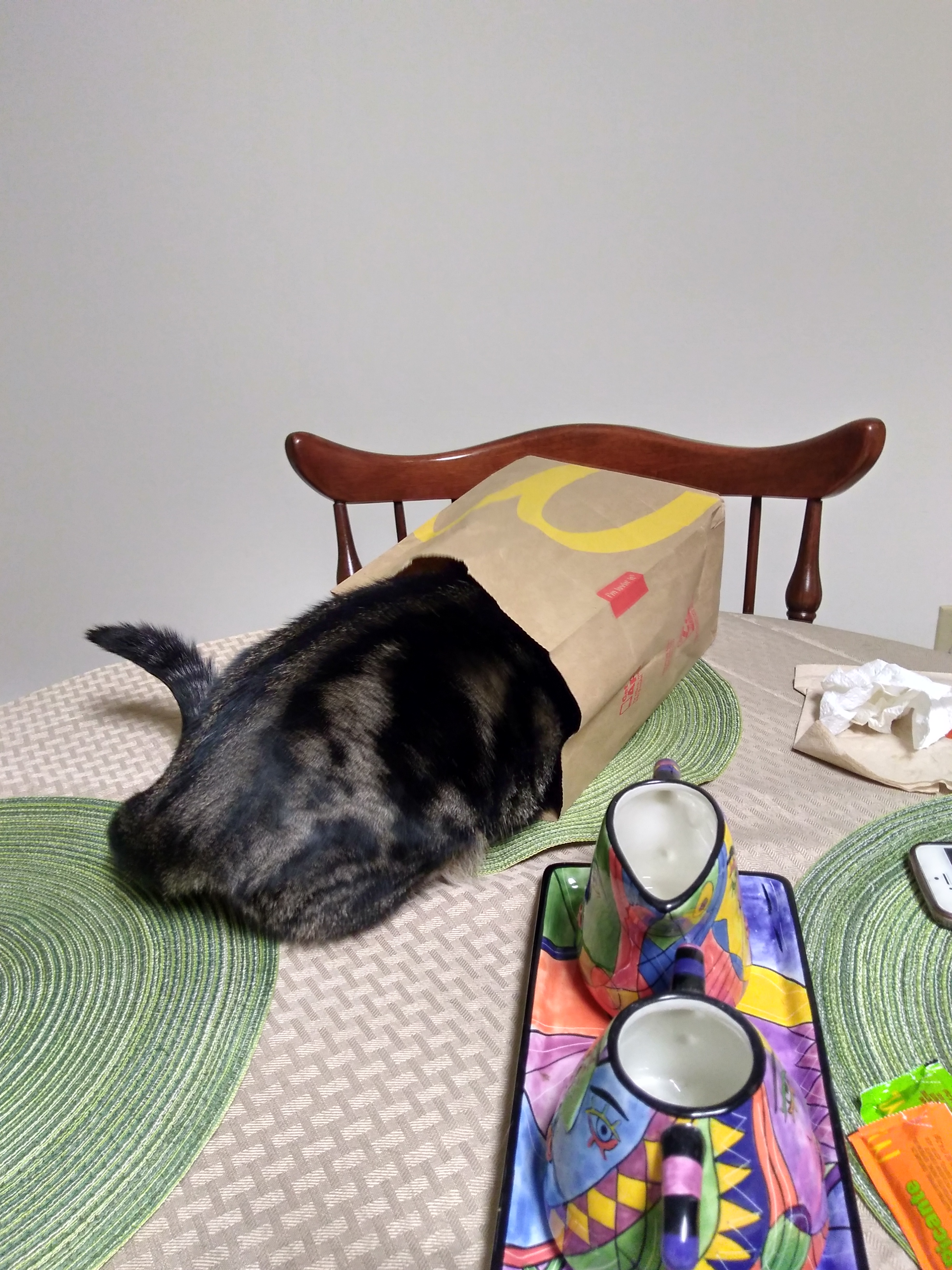 At least my cat is Lovin’ It…

Super hard to train a meowzers. When they want attention they get it. My old cat used to peek into the shower curtain when I was washing up. They don’t wait for nothing. Hmm. Toy with catnip maybe to distract him a bit?

He’s too young for catnip but yeah

I wouldn’t trim a cats nails. That’s how they protect themselves.

He’s never gonna see my sisters dog again after their last encounter, and hes an indoor cat. I don’t think he needs the protection. Outdoor cat is different story I agree but indoor cats you typically cut their nails I think? Maybe my sister doesn’t cut hers but my parents cut theirs

Someone sprayed me in the face with a watergun before as if I were a bad cat.