What happens once you become "as good as it gets?"

It never really is the same. Life with schizophrenia is not fun, period. It is still a nightmare, maybe I just learned to become scary to adapt to living in a nightmare. Life will find a way.

I’m not sure what you mean. You mean you are as recovered as you’ll ever be?

You’ll be alright mouse. It only gets better once your catch onto the illness.

I see you fighting through this ■■■■ as you do until you complete school. I think after that things will change. Nothing is certain though.

I know what your sayin. I’ve been thinking that too lately. Kinda well this is it. I just gotta deal with it for 50 more years lol

I’m not clear on the connection between the title and the post, but I might be on the brink of a huge vomiting virus being sick affects my capabilities.

The way I see it is that there is a certain strength and suppleness to the aspect of vulnerability. Letting people in, letting the world in, prepares you for the black hole inversion of your mind on Sz.

I had a rather strict up bringing, but I keep the–damn it I lost the word–cuddly? stuff in. Like the chibi of life, keep it close so you end up with Calvin and Hobbes delusions instead of death metal delusions. At least that is the road I take. I try to sanitize my life of the darkness, but that might only cause it to come flooding in.

Are you saying when you become as good as it gets - become who you are also?

You are always leaning and growing as a person. So can never get to a point of getting as good as you can get.

In AA they say, “It’s all about progress, not perfection”.

I don’t know I don’t accept anyone telling me this can’t get better.

I went for years with paranoid schizophrenia not knowing if I would ever get better. But I have slowly improved over time. I look forward to even more recovery.

I think it might be the same for people without a mental diagnosis,your a smart and elite guy,you will be fine

If your bored,try to be helpful to people either online or to friends in real life so that you would not think too much,which might lead to negativity

It took me 5 years of trying different meds to combat my delusions. Multiple times I thought there was no hope of improvement. But by stubbornness and luck I arrived at a cocktail of meds that made life a little easier. So I think it can be useful to remain optimistic to a degree.

NB - I am a big supporter of polypharmacy. I know some pdocs aren’t but for me it has been essential

I don’t know about other people, but once I became as good as it gets, I got better.

I mean you get a life, or get back to the life you were living. And you get on with life and don’t think about sz as much and accept yourself and your disease for that it is. It’s part of me, but it doesn’t define me and it doesn’t rule me. So I live my life; it doesn’t live me.

for me i dont look at ‘as good as it gets’…more how can i/it improve. 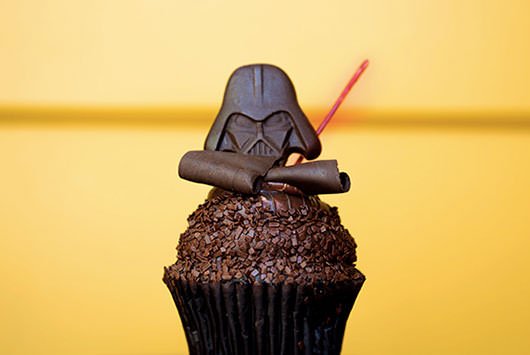 Unless ‘Cupcake’ is what you call Mrs Sith, in which case I cannot help you… only she can…

i can’t see the cupcake…NNNNNNnnnnnooooooooo !?!
obviously it is too good a cupcake for the likes of a dark lord !!
take care

i can’t see the cupcake…NNNNNNnnnnnooooooooo !?!obviously it is too good a cupcake for the likes of a dark lord !!

What? That has to be Jedi interference!

It is at this link…you’ll see why…

Every May, Disney World hosts Star Wars Weekends at their Disney's Hollywood Studios theme park in Orlando, FL. As part of the experience, Disney has created Darth Vader cupcakes (we all know the Dark Side has cupcakes, right?) Check out the video...