What do you think about ISIS?

so i was in college today and someone mentioned isis and said that they ‘should all be killed’
and i was shot down in flames about it.

is that bad of me saying that?

like i wanted to say how are you supposed to offer counselling to someone like that? who dont believe what you believe and they kill chidren and wear childrens heads as trophies and put them on spikes and things.

i like to think that they can be saved but i dont think it is possible,

i mean is killing isis the only way?

i also think they all should be killed. maybe i will join the army and ■■■■ them hard. but something in me say it is wrong to kill them, but i think that is the only way. ■■■■ isis i hate them so much

we shouldnt hate them, we should just do something about it

but what can we do?

i cant join the army or go to syria

so what are we supposed to do? let them walk all over us?

I Heard the author of a good article that analyzed ISIS the other week (see link below).

basically what he says is that ISIS is so extreme (you’ve heard about their terrible acts) and that they are very religious and saying that when the west attacks them its going to lead to armegeddon (which is what they want because they believe that it is foretold in their religious beliefs) - and so if people just constrain them (stop them from expanding) that soon they will just stop getting recruits because they are so extreme and they promise lots of great things to their fanatics but soon people will realize its all inaccurate and will give up on them - and the movement will die itself.

Here is the article if you want to read something long and more detailed: 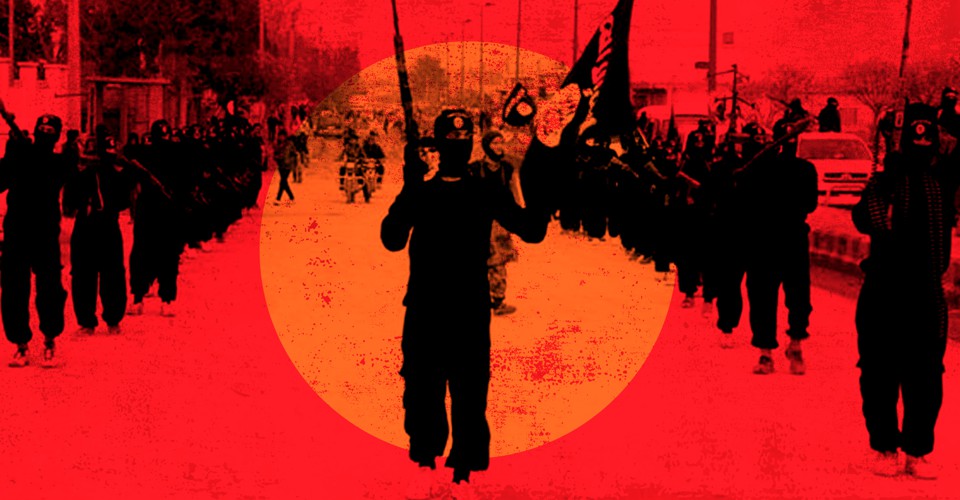 The Islamic State is no mere collection of psychopaths. It is a religious group with carefully considered beliefs, among them that it is a key agent of the coming apocalypse. Here’s what that means for its strategy—and for how to stop it.

I think that the best approach is probably quarantine. Any country infected with this murderous ideology is embargoed. Nothing allowed in or out. Let things get so bad that the leaders – who are already unpopular and who rule through terror – are overthrown. Which is easier once they no longer have ammo for guns.

i wouldnt be suprised if they resorted to canibalism tbh

I read enough stories to try and stay informed for the next election so as to vote responsibly. The stories are so horrific – and I mean worse than the worst things I ever hallucinated kind of horrific – that they throw my head out of whack. I don’t think it does a person good to dwell on this. Hating isn’t going to help because it will hurt us long before it ever hurts them.

Most of the people in terrorist groups such as Isis have been part of a brainwashing program for their entire life. They take in boys at a young age and then all they hear and live is their propaganda every day. That’s what terrorist groups do.

In order for someone to change they have to go through extensive therapy to de-train them from that lifestyle, the same way child soldiers have to go through therapy to re acclimate them to being a normal person. But it’s a lot faster just to kill everyone then to hold them in a humane way and provide therapy for most likely years to detrain them from all they’ve come to believe. That can be very difficult too…they are all living under a shared delusion that justifies the murders they commit. Think of how difficult it is for others to dissuade you of a delusion you’ve committed to.

i dont think we could do anything if we tried,

Yeah, and even if we caught all of them, we all know how useless therapy is if the person your trying to treat doesn’t want treatment. So it’s really just an upsetting situation.

If only we had another Australia. We could round them up and transport them there and say goodbye.

i’d say, i really hope that the people of isis can see the error of their ways as they are really doing a lot of bad things, i’d say that i really hope that they can turn from bad to good somehow because it is so much easier to do good than bad and they should go back to where they came from and help their own communities instead of waging war on others,

We could get rid of ISIS if we wanted, if we let the military act without the interference of our pussy civilians who think they should backseat drive.

I just think Isis are very strange
But very evil
Where did they come from?
How can they reason that what they are doing is right?

I should have said, ISIS…it IS what it IS.

individuals or groups that suppress the free rights of others are misguided.
an educated society is a non-ignorant society.
but when individauls or groups flout common law…and who will not listen to reasoning…and can not be turned from their self destructive path…then they should be locked up in the middle of a dessert prison to fend for them selves…and never let out.
take care

I’m not scared of ISIS but if I was in europe I would be. Isis will be defeated eventually.

I would hate to have them as next-door neighbors. They seem like the type of people who would bang around their garage cans at 2:00 am and play loud music.

But seriously. They deserve no mercy in any way after all the things they’ve done. Negotiating a peaceful deal with them seems to be out of the question.The only solution seems to be to kill them before they kill us or any of our allies. They need to be taken out of circulation. They have no mercy or common human decency for others lives so why should they themselves be treated any differently?