Bit worried it is my cognitive problems talking though. Right now my attention problems are the worst they have ever been so I watch no tv.

Lots of people quitting cable, many of the shows you can watch online for free. mine is included in my lot rental so stuck with it

I haven’t had cable since I moved out of my parents house 4 years ago. I just stream everything from my laptop for free. Sometimes I go somewhere with cable, and I’m shocked at how many commercials there is! After going so long without it, it really reminds me of brainwashing and consumerism.

Cable is a ripoff!

How much is it in your country?

wow thats a lot of money, what does the full big package contain?

All sports, all the movies, all the big shows and box sets.

Thing is if I recontract I would get it for a much lower price but I don’t want to be tied down by a contract. The streaming thing is only a month by month type thing.

That’s it I have decided! Quitting cable - I can’t in all conscience be shedding out that much money a year. I started when I had some money in my pocket. Times are hard now.

My wife would never let me get rid of cable but I could certainly do without it.

Can you get Sling TV in the UK? Or some streaming TV service? They’re much cheaper than cable in the US.

You could get basics for sports and the rest use Hulu, Netflix, etc. Save a ton. Then use voip instead of landline.

Yeah gonna get basic sports and Netflix for everything else

I agree with he Netflix. I have Netflix and amazon. I find amazon to be better.

There are just one or two Netflix original tv shows that i love that aren’t available on amazon. But pretty much everything else is. And more.

I have Netflix, and I watch free movies at https://gostream.is/ . 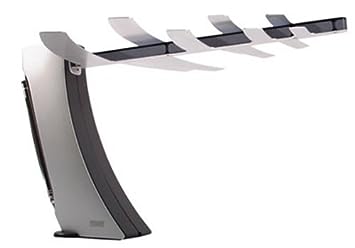 Other than that I use a Terk HDTV Indoor Amplified High-Definition Antenna, along with an additional 15db HDTV amplifier that I purchased on sale. This gets me up to 50 free digital TV channels on a good day. The price of the Terk antenna is about 2.5 time the price I paid many years ago. I guess they raised the price once more people were dumping the cable and switching to air antennas.

I have cable now but really only watch a few hours each week. When I lived in my dry cabin (I live in Alaska), there were only 3 channels on the TV and no internet but I pretty much got used to it and didn’t feel the absence, I read a lot. And hauled water a lot!
Now I live in an apartment and have running water, cable, internet, and NEIGHBORS! I am totally spoiled now…

The world is cutting cable. It’s a big trend that his hurting TV businesses like fakestream media and such.

I am thinking about trying PlayStation vue. The plan I want is 45 dollars. Then I would have to get internet alone which is likely 55 dollars. I want mlb network and this is only streaming service that has this station. Then I would have to get an antenna for local tv. I would probably only save 15 dollars over cable. It might not be worth it. Cable is great for local sports.

Cable is expensive and many times unnecessary.

I had to get cable in order to get local sports.