Since I developed severe SZ I became hypersexual and promiscuous. I read its because SZ disrupts normal function of the orbitofrontal cortex (OFC) in the frontal lobes of the brain. The OFC is responsible for normal social behaviour and conduct. When it’s damaged in studies, individuals and monkeys become promiscuous, hypersexual, develop addictions and become not polite with disruptive/aggressive behaviour.

My gf left me because I became promiscuous when my SZ started. I would have sex with any girl, even hookers and I would bring them to restaurents. I tried having sex with my gf’s friends, she cried infront of me. I feel that I am a heartless monster. I was never like that before SZ. I never had relationships with hookers in my life before SZ.

I am avoiding going outside now because I think about sex whenever I see a woomen. I don’t want to commit crimes.
This is one of the many reasons I can’t work.
I even tried to have sex with my cousin, her parents and my parents were very mad at me and wanted to put me in the streets.

I know that you probably didn’t experience this but my SZ was so severe that I had catatonia and still have mild catatonia now sometimes.

Every time I start out on abilify I get hypersexual too. I don’t like it since I have no outlet.

That sounds really bad wat u have. I hope u find a solution. …

I found that going on a plant based diet has actually helped me, idk why maybe it reduces my sex hormones.
Thanks for sharing thou it makes me feel like I’m not the only one who gets hypersexuality from it. Abilify is known to trigger impulse things idk why.

I stopped Abilify because it made my addictions even worse. I would have sex with multiple hookers many times a day. It made me addicted to gambling, weed, compulsive shopping and binge eating. I overloaded my visa card and my bank account was empty. My parents paid my debts since I switched to Latuda. I cancelled my visa and bank account and swore to my parents that all this will stop and it did after meds switch.

Oh that’s so good it stopped. These aps are powerful aren’t they.
Nice of ur parents to clear ur debts. That’s lucky.

Yea I’ve heard good things from latuda but it’s not my personal preference but then again our bodies all work somewhat diffrnt so that’s fine.

I was lucky to not get a hooker pregnant because one tried to remove the condom and I stopped her. She was arab like me but moroccan.

My parents would have thrown me in the streets and never talked to me again. I am too lucky for that. I haven’t had any need for sex since I switched to Latuda. I am much better now.
I will never take Abilify or any other partial dopamine agonist again. I learned my lesson.

Abilify also made me hyper sexual, binge eating and gambling. It was terrible but I usually controlled myself to some extent. I remember once I bought Visa card to gamble online. This illness sucks. I don’t know how you couldn’t control yourself, that’s messed up.

What medication are you on now?

Im on Risperidone and on the most impulsive my purchase was SD memory card which cost me 10EUR.

I switched to Latuda 80mg. I also cancelled my visa and bank account to stop debts. These worked but now I am not social at all, I never go out of my house, only to psy apt. I stopped hanging out with friends and only sometimes speak to 2 of them online. I guess that’s better than having debts or catching STDs.

Absolutely. Why don’t you do whatever you want in the comfort of your house, leave other people out.

I also had more psychosis on Abilify because it made me addicted to weed.

Okay I don’t smoke. I quit my vape a month ago, it was going great then I found some vape juice with zero nicotine so I’m smoking that and once it’s over I will not buy it again. Smoking damages the skin. My dad looked like he was 90 years old when he was 60 years old.

That’s pretty nasty that you tried to have sex with your cousin. Incest is wrong and disgusting.

Yea I stopped smoking weed, shisha, cigars and cigarettes since I switched to Latuda and vape.
I feel much better but I can’t stop vaping because it fills up my time.

That’s when I was unmedicated and just started Abilify. I am not muslim but muslims do marry their cousins, its normal for them.

Yeah mental illness is damaging. I did some crazy things when I was ill. I only humiliated myself over and over again. Great memories for a 20 year old woman.

I am not muslim but muslims do marry their cousins, its normal for them.

" Marriage With Cousins In Islam. Islam allows a person to marry with his/her cousins , irrespective whether they’re first cousins or the second cousins." 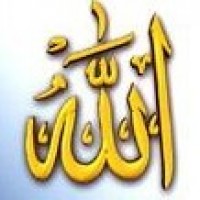 Marriage With Cousins In Islam

Islam allows a person to marry with his/her cousins, irrespective whether they’re first cousins or the second cousins. The only persons with whom marriage is prohibited in Islam is given in t…

I got promiscuous when I was around 30 years old. I never thought to blame my mental illness. It was thoughtless of me.

No cousins, NO WAY. My cousins are like my brothers. FAMILY BLOOD IS A NO. Yes muslims marry cousins but I think from the mother’s side only. In prehistoric times poeple married cousins etc but the world is full of beautiful, colourful people, I love mixed religions, races etc.

I did only think of it because of my SZ plus Abilify, she was the girl I saw the most and I was hypersexual so yeah now no way that I think about it, not even my far cousins. I was crazy.

You must not have been very paranoid. I always feel watched and think I am being recorded.