Science gives me a hadron

Really I don’t need it. I already have a quadrillion.

The Hadron is getting fired up again… so it will be interesting to keep an eye on the results.

I’m not sure I could take it if they do in fact find that parallel universe they are looking for.

But it could be like the back hole of last time… small… interesting… and didn’t destroy the earth.

Even the lhc can only produce tiny little black holes.

Is that really what they are searching for this time?!!!?

It’s awesome they found the Higgs boson. Supports the theories behind the standard model as a predictive tool.

I didn’t really know what they were doing this time.

Could be just like half life if they open some portal or something lol. 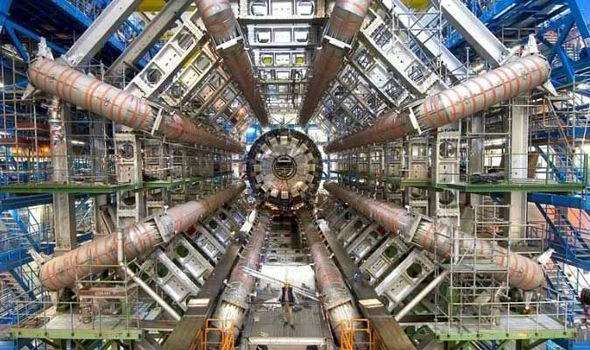 SCIENTISTS conducting a mindbending experiment at the Large Hadron Collider hope to connect with a PARALLEL UNIVERSE outside of our own.

Well that’s pretty out there for mainstream science. Fingers crossed, we’ll learn something either way.

I saw a show that said if the human race continued for long enough to where science could tell the earth was going to be inhabitable or destroyed they would try and find another planet and build a spaceship and take enough humans to continue the species there.

Anyone with schizophrenia or other genetic problems would not be allowed.

Thanks for this post. It sounds interesting at the least.

I hope there is something unforeseen in the collider.

And i hope it helps us.